Victory Parade in Moscow took place: who participated in it and what Putin said 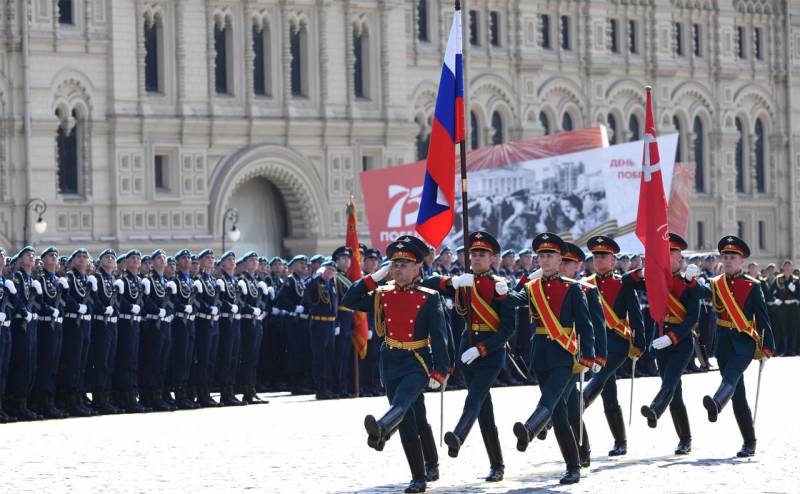 The long-awaited parade in honor of the 75th anniversary of Victory in the Great Patriotic War took place in Moscow. Speech by President Putin, foreign guests on the podium and in the parade, a few veterans. What will the Russians remember the solemn event?


First of all, it is important to pay attention to the very date of the parade: because of the coronavirus, the parade on May 9 had to be postponed, but the date on June 24 was not chosen by chance. It was on this day 75 years ago that the real heroes - front-line soldiers - marched in the parade on Red Square. So the parade on June 24, 2020 was a tribute to the participants of the most legendary and first in our stories Victory Parade.

Before the parade began, Russian President Vladimir Putin delivered a solemn speech to the participants and guests of the event. He recalled the decisive role of the Soviet Union in the victory over Nazi Germany and its satellites.

The Soviet people put an end to the terrible Holocaust, saved the world from fascism. It is impossible to imagine what would happen to the world if it were not for the Red Army,
- Vladimir Putin emphasized.

The ceremony was attended by senior foreign guests: Presidents of Belarus Alexander Lukashenko, Kazakhstan Kasym-Zhomart Tokaev, Kyrgyzstan Sooronbai Jeenbekov, Tajikistan Emomali Rahmon, Uzbekistan Shavkat Mirziyoyev, Moldova Igor Dodon, Serbia Alexander Vučić, member of the Presidium of the Collective President of Bosnia and Herzegovina Bosnia and Herzegovina Milorad Dodik, as well as the presidents of Abkhazia Aslan Bzhaniya and South Ossetia Anatoly Bibilov. From Great Britain and the USA, during the war years the former main allies of the USSR, ambassadors were present.

At exactly 10:00 a solemn event began. An Aurus car drove out of the gate of the Spasskaya Tower, in which there was the Minister of Defense of Russia, Army General Sergei Shoigu, who was receiving the parade. This year, as over the past six years, the parade was commanded by the Army Commander-in-Chief of the RF Armed Forces, Army General Oleg Salyukov, who is also the head of the Moscow garrison. 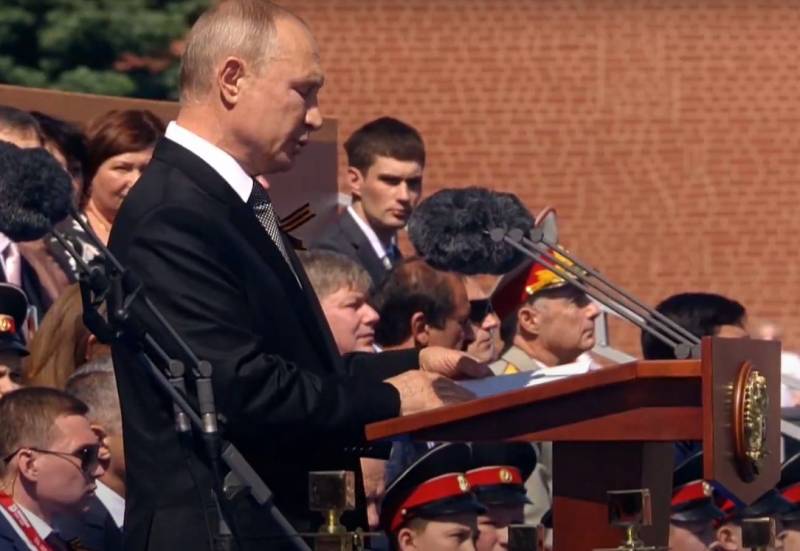 Then, President of the Russian Federation Vladimir Putin made his speech, and then an opening parade of a drum company of the Moscow Military Music College named after Lieutenant General Khalilov appeared on the square. Then the famous group and servicemen of the company of the honor guard of the 154th Separate Commandment of the Transfiguration Regiment passed. 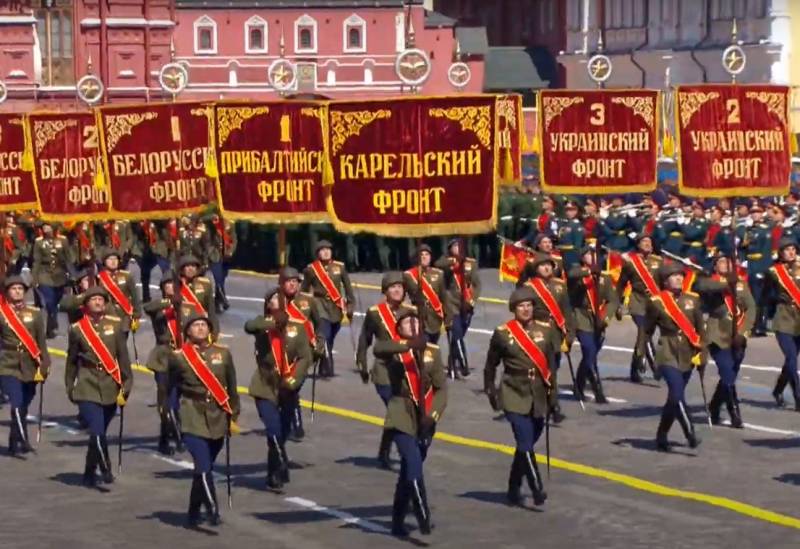 The historical part of the parade - banner groups with standards of 10 fronts of the last stage of the Great Patriotic War pass. Then come the companies of infantry, pilots, sailors, border guards, the parade of the Military Academy of Logistics, named after Army General Khrulyov. 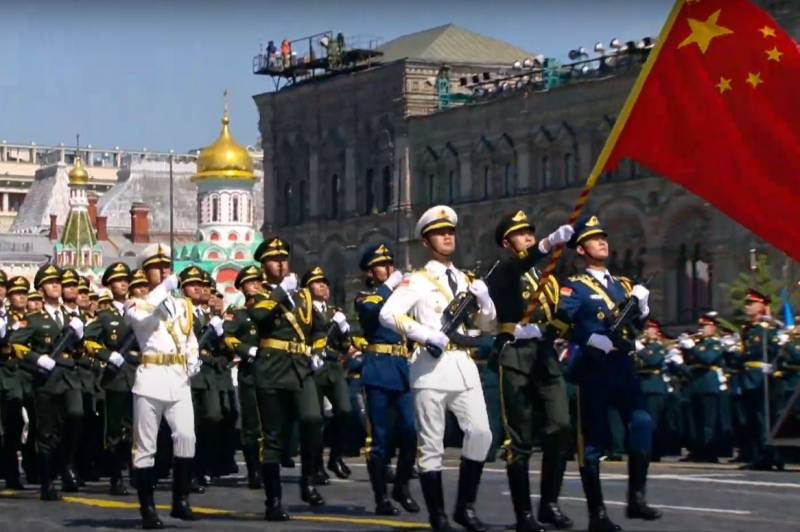 After the historical part of the parade - the passage of ceremonial calculations of the armies of 13 foreign countries. The parades of the armed forces of Armenia, Azerbaijan, Belarus, Kazakhstan, Kyrgyzstan, Tajikistan, Turkmenistan, Uzbekistan, Moldova, Serbia, Mongolia, China and India took place on Red Square.

After the foreign servicemen, the calculations of the Suvorov, Nakhimovsky, and cadet schools appeared on the square. Then went the columns of the Ground Forces, the Aerospace Forces, the Navy fleet, Federal Service of the National Guard Forces and other law enforcement agencies, military educational institutions. 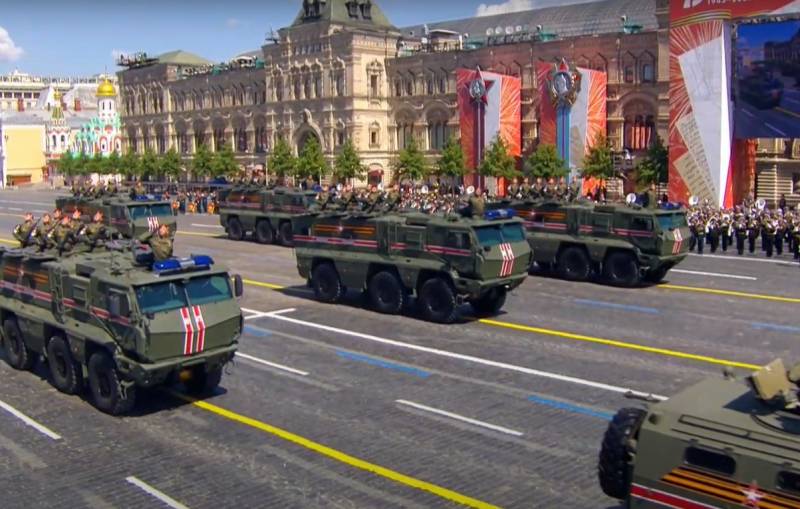 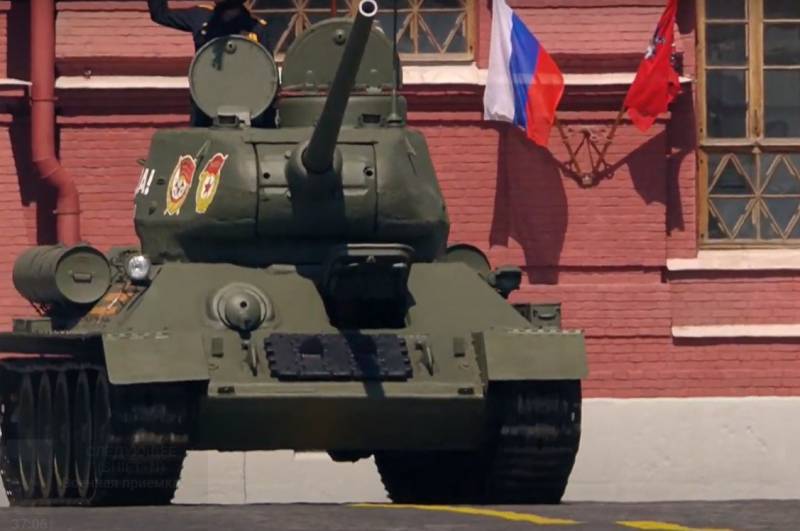 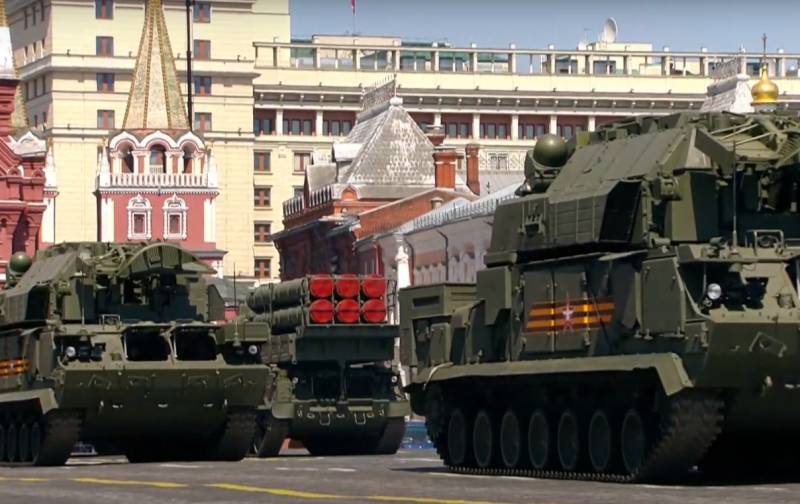 Of particular interest was the airborne part of the parade. Although an air parade was already held on May 9, they decided to repeat it. Mi-26, Mi-8, Mi-35M, Ka-52 Alligator helicopters, the Mi-26 heavy multi-purpose transport helicopter and Mi-8 helicopters flew over Red Square. Following are the Mi-35M transport and combat helicopters. 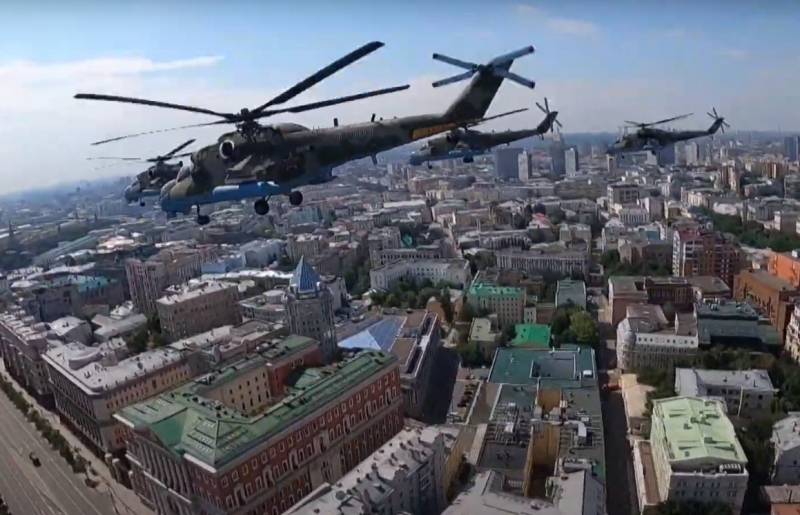 Following the missile carriers, promising fifth-generation Su-57 multi-functional fighters and tactical Su-24M front-line bombers, Su-35S fighters, Su-34 multi-functional supersonic fighter-bombers, multi-purpose Su-30SM fighters flew past. It would be difficult to imagine a parade without aerobatic teams “Russian Knights” on the Su-30SM and “Swifts” on the MiG-29. The air part of the parade completed the passage of the Su-25, which painted the sky in the colors of the national flag of the Russian Federation. 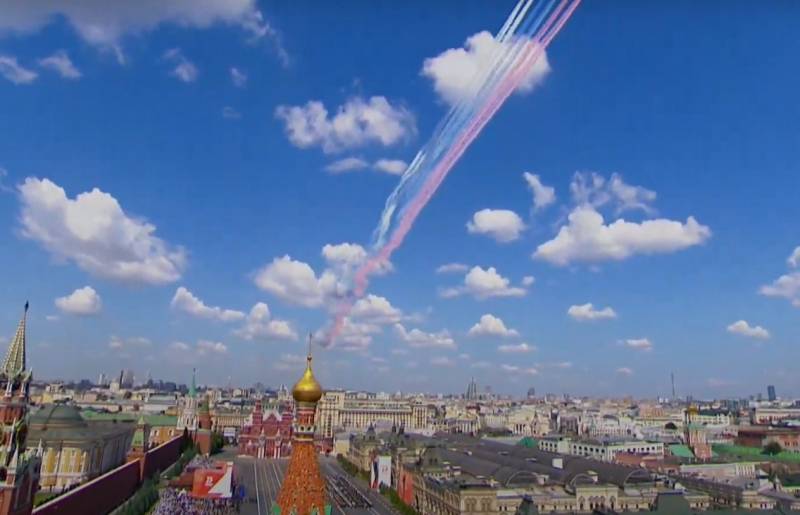 About 20 minutes after the end of the parade, President Vladimir Putin and representatives of foreign delegations laid flowers at the Tomb of the Unknown Soldier in the Alexander Garden.

As can be seen, despite criticism from Western countries, the parade in Moscow did not just take place, but also gathered foreign delegations, including ceremonies of 13 countries of the world, including military personnel of the armies of China and India, as well as Mongolia, the former faithful ally of the Soviet state in years of war.

Ctrl Enter
Noticed oshЫbku Highlight text and press. Ctrl + Enter
We are
Coronavirus COVID-19: threats, consequences, actions"Forbidden" Victory Day. How 9 May is held in Ukraine and in the Baltic countries
Military Reviewin Yandex News
Military Reviewin Google News
71 comment
Information
Dear reader, to leave comments on the publication, you must to register.