In Britain, moving to a new stage in the development of a new generation of GaN radar for fighter jets 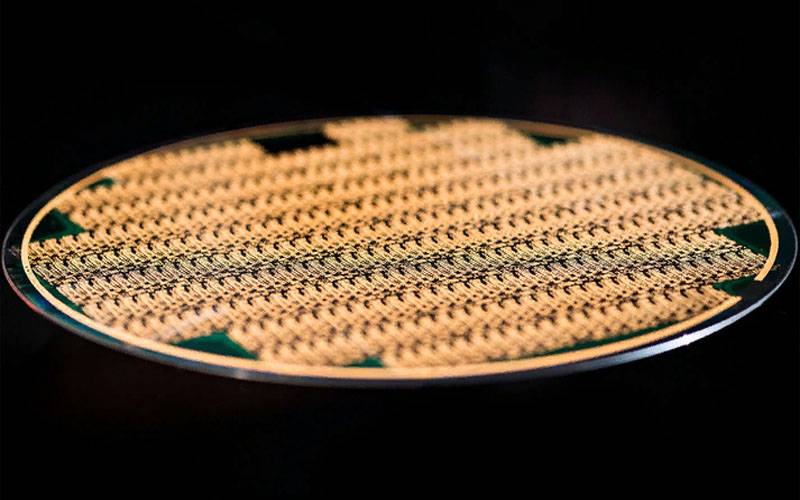 British defense company BAE Systems announces the transition to a new stage in the development of promising radar for fighter jets. This is a new generation of radars, which, as planned, will combine the technology of electronic warfare (EW) and communications.


Representatives of the research laboratory of the aforementioned company report that a semiconductor technology based on gallium nitride (GaN) with a millimeter range for use in new generation radars is being carefully studied and phased.

BAE Systems is promoting millimeter-wave gallium nitride (GaN) semiconductor technology for the implementation of next-generation radar systems - electronic warfare and communications. These GaN radars are planned to be used in promising means. aviation, including fighters, which theoretically belong to the 6th generation of the Air Force.

The combination of GaN used makes it possible to provide a relatively wide spectrum of frequencies with high information transfer efficiency. One of the main advantages that British researchers are talking about is the small size of the transmitting and receiving devices in comparison with those that are in operation today. At the same time, the power of the output signal remains high.

Gallium nitride is said to reduce the cost of creating a high-performance radar.

Previously, the creation of a new radar based on gallium nitride was announced in the American Raytheon. In this case, the radar is created for advanced air defense systems, which are designed to replace the Patriot air defense system.

Ctrl Enter
Noticed oshЫbku Highlight text and press. Ctrl + Enter
We are
Save your body! Overview of foreign products in the field of wearable protectionIn search of available accuracy. New developments in the field of large-caliber ammunition
Military Reviewin Yandex News
Military Reviewin Google News
101 comment
Information
Dear reader, to leave comments on the publication, you must to register.