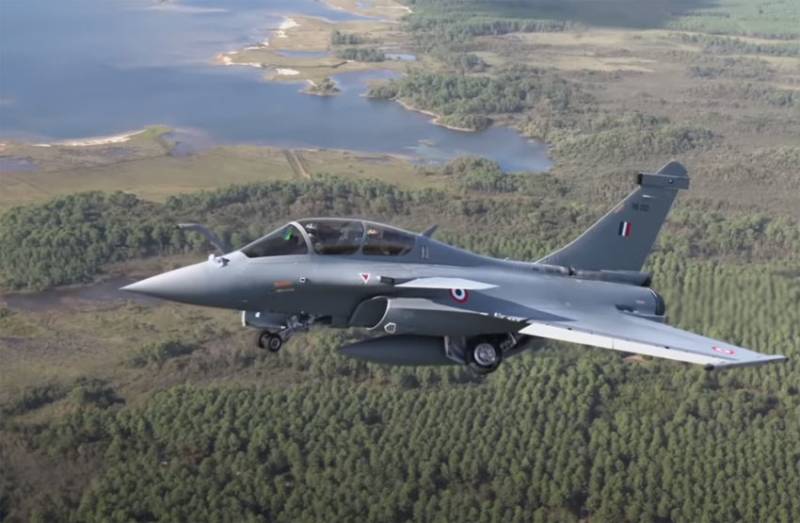 After the border conflict between the Indian and Chinese military in the Galvan Valley, India has high hopes for the French fighter Rafale. Until 2025, 36 such combat aircraft with weapons in the form of Meteor air-to-air guided missiles and SCALP cruise missiles should appear in the Indian Air Force. In India, it is believed that the appearance of these fighters with the named means of destruction will help to effectively counter China.


In fact, French fighters belonging to the 4 ++ generation will not be able to help India if the conflict escalates from a “stone-stick” to a truly military confrontation, including a confrontation in the air. Such a confrontation, of course, is not in the circle of interests of either India or China, but there are forces on the planet for which the real dream is to push the foreheads of these two giants.

One of the important issues in relation to the purchase of Rafale fighters by India is their cost. As noted by Military Review, open Indian sources called an incredible price - each Rafal costs the Indian budget more than $ 200 million! This is two and a half times more expensive than the fifth-generation American fighter F-35 and about three times higher than the amount by which the J-20 buys China for its air force. In other words, for 36 French-made Rafale fighters that will appear in the Indian Air Force, China can respond with three times as many of its fifth generation J-20 fighters - for the same money. Even if, in some ways, the characteristics of the Chinese combat aircraft lag behind the French 4 ++, then what is called “capable of crushing by quantity”.

But China, like hotcakes, is buying other fighters for its Air Force. One of these is the J-16. In China itself, it is considered an analogue of the Russian Su-35. If we compare its characteristics with the characteristics of the French Rafal, then the aircraft produced in France is not exactly called an advantage. For example, the maximum Rafale speed is about Mach 1,8, and the J-16 is Mach 2,2. The Rafale practical ceiling is about 3,8 km lower than the same J-16. Even in engine thrust, the Chinese Su-35 is superior to the French combat aircraft.

This is because even if India throws all the "Rafali" that it has contracted to the borders of China, then no small and victorious war will happen for it. So far, the superiority in technical aircraft equipment is still on the side of China. Therefore, it is 100 percent better to discuss difficult issues at the negotiating table in order to prevent third parties from taking advantage of the situation to add oil to the fire.
Ctrl Enter
Noticed oshЫbku Highlight text and press. Ctrl + Enter
We are
China: the battle began after an armed border violation by the Indian militarySea cruise missile SCALP hit the target in the first full-scale test
Military Reviewin Yandex News
Military Reviewin Google News
63 comments
Information
Dear reader, to leave comments on the publication, you must sign in.