A schematic comparison of the T-14 Armata tank with the Merkava, Abrams and other tanks is shown.

"It is better to see once than hear a hundred times". This phrase “techies” is changed to the option “It’s better to see a chart or diagram once than look at the numbers a hundred times”. Apparently, it was this approach that those who presented a schematic view of the visual comparison decided to implement on the network tankscreated in different countries of the world.


In the Twitter account of a Canadian engineer from Toronto, Mikhail Mikhailovich, a series of images appeared, where he visualizes the comparative characteristics (in terms of size) of such tanks as the Russian T-14 Armata, Israeli Merkava, American Abrams, French Leclerc, German Leopard 2, Chinese Type-99, and Ukrainian T-84BM Oplot.

Such visualization shows that the T-14 Armata is longer in the hull of each of the tanks with which this comparison is made. 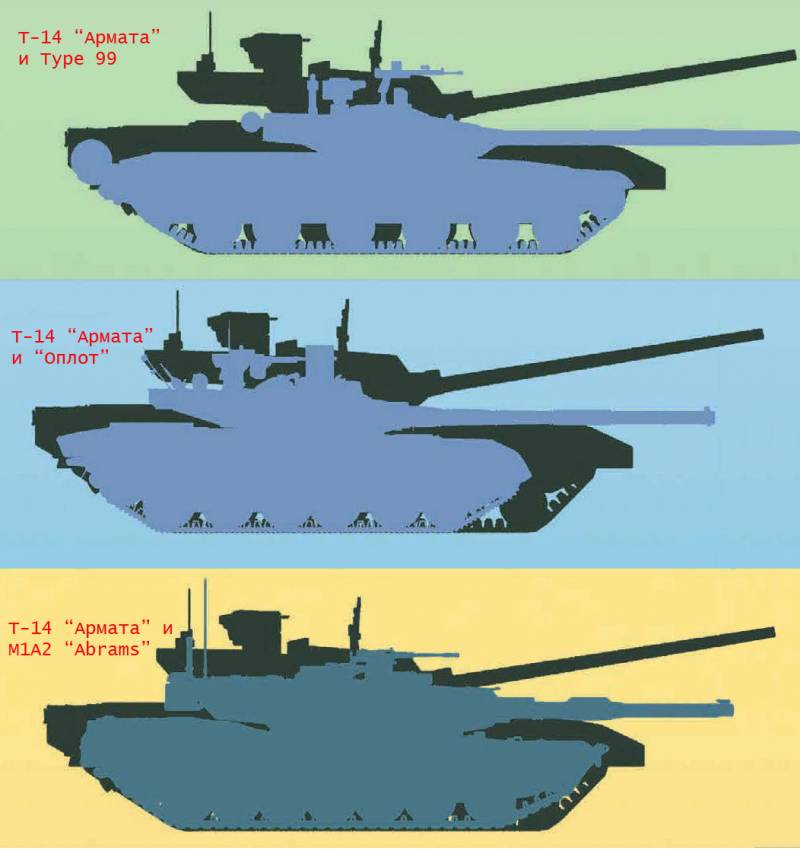 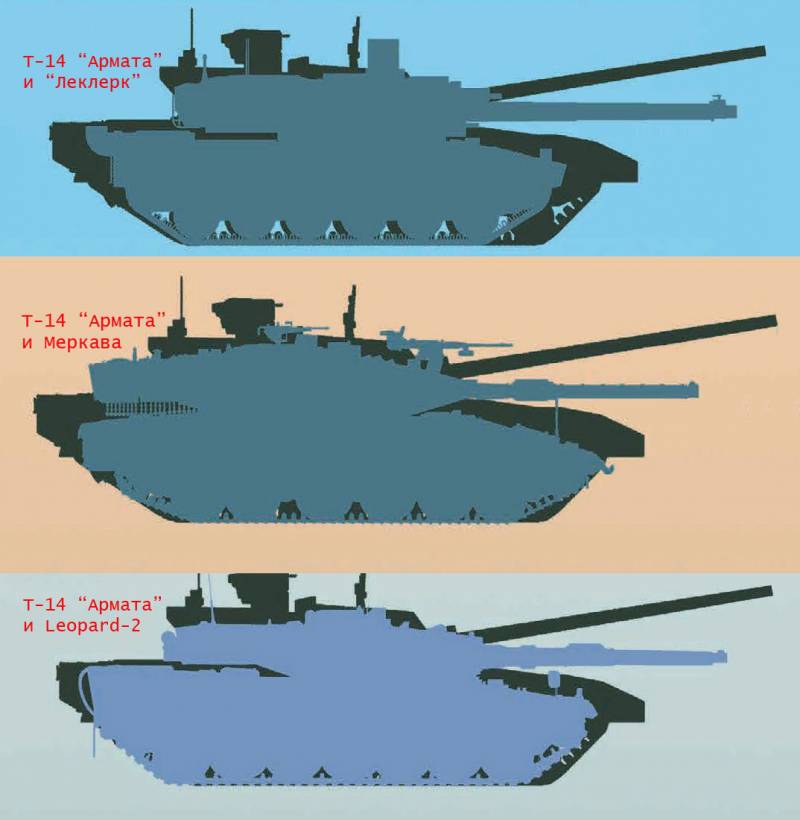 Based on these indicators, we can judge how much they correspond to the above comparison schemes of armored vehicles.