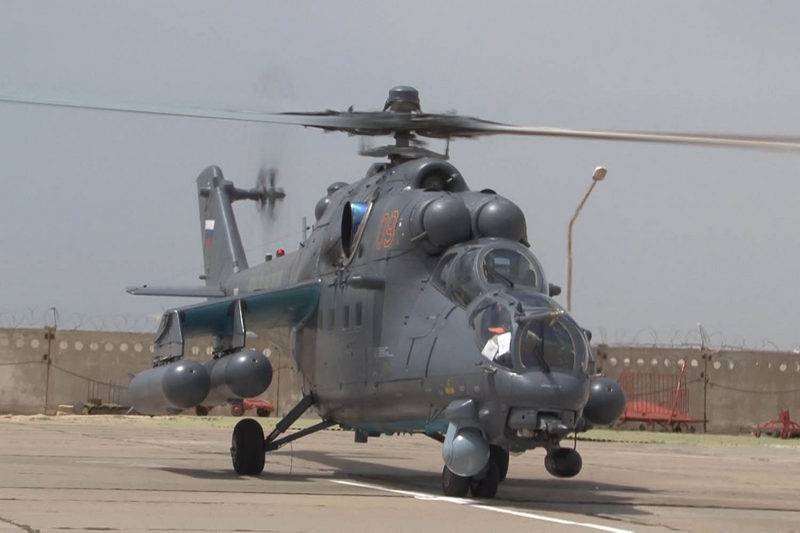 The Ministry of Defense of Kazakhstan received four new Mi-35M attack helicopters, equipment has already arrived at aviation air force base in the west of the country. This was reported by the press service of the Kazakh Ministry of Defense.


As explained in the military department, helicopters were delivered as part of military-technical cooperation between Kazakhstan and Russia under a previously concluded agreement. Four Mi-35Ms arrived at the Republican Air Force as part of rearmament. The flight, as well as the technical composition of the unit, before new helicopters arrived, was retrained for new machines.

Mi-35M has high flight performance, can be effectively used in various weather conditions. In addition to the main combat mission, the Mi-35M helicopter can be used for transporting personnel and cargo, transporting sick and wounded, accompanied by a medical worker
- said in a statement.

Mi-35M - deep modernization of transport and combat helicopter Mi-24. Multipurpose attack and transport helicopter is designed to destroy enemy armored vehicles, fire support of ground forces on the battlefield, assault forces and evacuation of the wounded. In addition, the helicopter can be used to transport various cargoes in the cabin and on the external load.

Flight performance of the Mi-35M:

Ctrl Enter
Noticed a mistake Highlight text and press. Ctrl + Enter
We are
In Dagestan, a military helicopter crashedDisaster Ka-52. Causes, versions, guesses
12 comments
Information
Dear reader, to leave comments on the publication, you must to register.