About the concept of a supersonic airliner: Does Russia take a step forward or repeat the mistakes of the Tu-144? 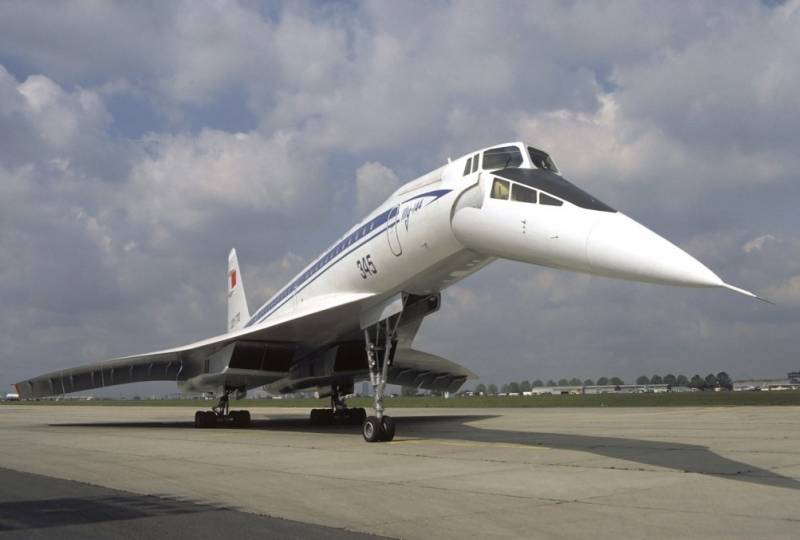 As already reported "Military Review" with reference to SIC "Institute named after N.E. Zhukovsky, ”began the development of a new Russian supersonic civilian aircraft. By the end of 2021, the development of the concept of the airliner should be completed.

The Ministry of Industry and Trade Thought About Supersonic Passenger Aviation

The customer of the concept was the Ministry of Industry and Trade of the Russian Federation. The goal of the program is to create a plane that has a cruising speed of about 2 thousand kilometers per hour, which will provide advantages over the subsonic aircraft used by civil aviation currently.

It is clear that the development of the concept of an airliner, and then, if it turns out to be successful, and its project, is carried out in order to ensure Russia a competitive place in the global civil aviation market. Now, as you know, Boeing and Airbus are leading in it, leaving domestic planes far behind.

So far, according to the head of the Institute Andrei Dutov, engineers have to determine ways to solve the problems of high noise levels, high fuel consumption, environmental pollution, and transportation safety. The institute does not talk about the price of a future aircraft, but it can be assumed that it will be much more expensive than existing aircraft used by Russian civil aviation.

We also recall that not so long ago, Minister of Industry and Trade Denis Manturov spoke about his own vision of a supersonic aircraft: it could be a superjet, designed for 16-19 seats. Then, as technology develops, airplanes can be created to carry more passengers — about 30-50 people.

But the question is, will such a plane be financially cost-effective and will the Russian aviation industry raise the costs of creating such a machine? It is still known that the amount of the contract for 2020 amounted to 213 million rubles, for 2021 - 504,7 million rubles.

Short history of the Tu-144

Meanwhile, the very idea of ​​developing a domestic supersonic airliner sends us to the famous Tu-144 a half century ago. Recall that the world's first supersonic Tu-144 aircraft was developed by Tupolev Design Bureau back in the 1960s. On December 31, 1968, the Tu-144 made its first test flight, two months ahead of the British-French Concorde (this plane took off on March 2, 1969). In 1975, the commercial operation of the new aircraft began, but for a long time it did not last and was already discontinued in 1978.

At that time, very high hopes were pinned on the Tu-144. At first, they hoped for a new airliner to make non-stop flights from Moscow to Khabarovsk, as well as flights with a landing on the route Paris - Novosibirsk - Tokyo. But neither one nor the other flights were launched. All short history Tu-144 flew between Moscow and Alma-Ata during its operation. 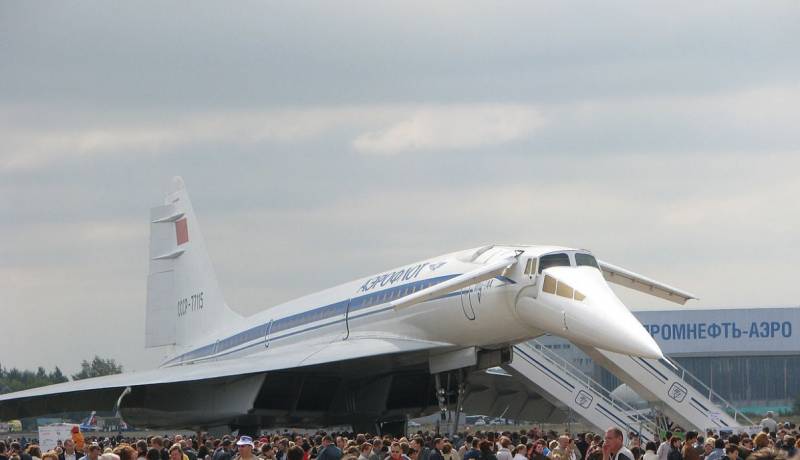 On May 23, 1978, the Tu-144, which made a test flight, caught fire. Test pilots managed to land the airliner on a field near the city of Yegoryevsk, Moscow Region. Unfortunately, two flight engineers O.A. Nikolayev and V.L. Venediktov were killed in the fire. This accident was a serious reason for revising attitudes toward the aircraft.

In addition, it turned out that it is very expensive to operate and difficult to maintain. It was decided to continue improving the machine, but after the death of Leonid Brezhnev, the Soviet leadership refused the idea of ​​operating a supersonic passenger liner. In 1983, a government decree was issued.

The story of Concord turned out to be more successful: the aircraft was operated from 1976 to 2003. During this time, flights using the Concorde carried up to 3 million passengers. The reason for the abandonment of the operation of the liner was the increase in fuel prices. That is, in fact, both the Soviet Tu-144 and the European Concord at different times, but were deemed unprofitable.

But the world aviation industry did not abandon the idea of ​​creating a supersonic airliner. Now on the projects of supersonic aircraft are very actively working in the United States. Boom Supersonic is developing the XB-1 program. The ultrasonic demonstrator XB-1 Baby Boom was first introduced on November 15, 2016 in Denver. 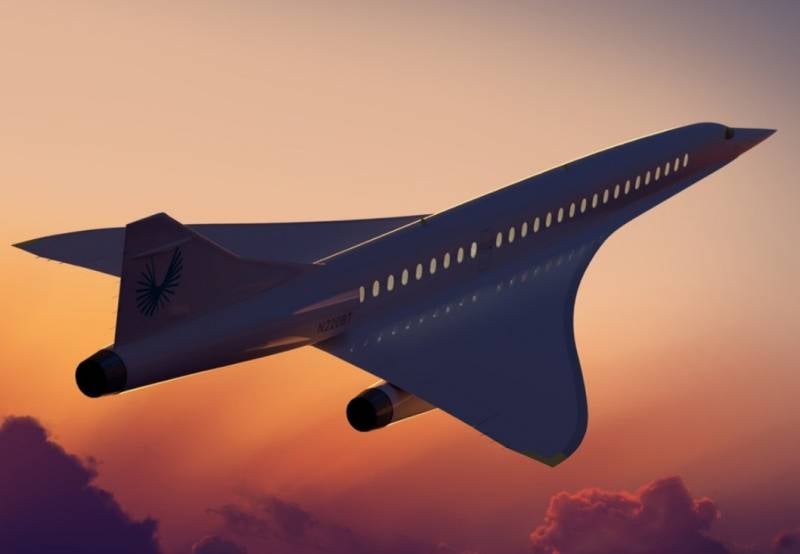 The declared characteristics: length - 21 meters, wingspan - 5,2 meters, maximum take-off weight - 6,1 tons, cruising speed - 2,2 Mach numbers, flight range - 1,9 thousand kilometers. But even more interesting is the fact that Boom Supersonic adheres to a carbon-neutral concept when creating a new airliner, that is, it intends to use environmentally friendly fuels. Also, the liner will not have windows - they will be replaced by LCD screens.

The scientific director of the Central Aerohydrodynamic Institute (TsAGI) Sergey Chernyshev a year ago spoke about his vision of a new Russian supersonic airliner. Like the aircraft being developed by the Americans, the new Russian car may also not have windows. For normal viewing in the cabin on the sides and on the ceiling will place LCD screens.

Chernyshev also spoke of a no less original aerodynamic configuration: an aircraft can have a wing in the form of a double transverse V. Also, a promising aircraft engine PD-14 can be installed on the airliner of the future.

In any case, the idea of ​​creating a supersonic passenger aircraft in Russia seems quite interesting. Even if its implementation takes much longer than the Ministry of Industry and Trade expects, the fact of such developments underlines our country’s membership in the list of world aviation technology leaders.

Ctrl Enter
Noticed oshЫbku Highlight text and press. Ctrl + Enter
We are
Situational analysis of the death of the MH17 flight (Malaysian Boeing 777), made on the basis of engineering analysis from 15.08.2014Results of the week. “In our cooperative, the board is always agreed”
116 comments
Information
Dear reader, to leave comments on the publication, you must to register.