In the Libyan Social Democratic Party: Egypt's declarations are tantamount to a declaration of war 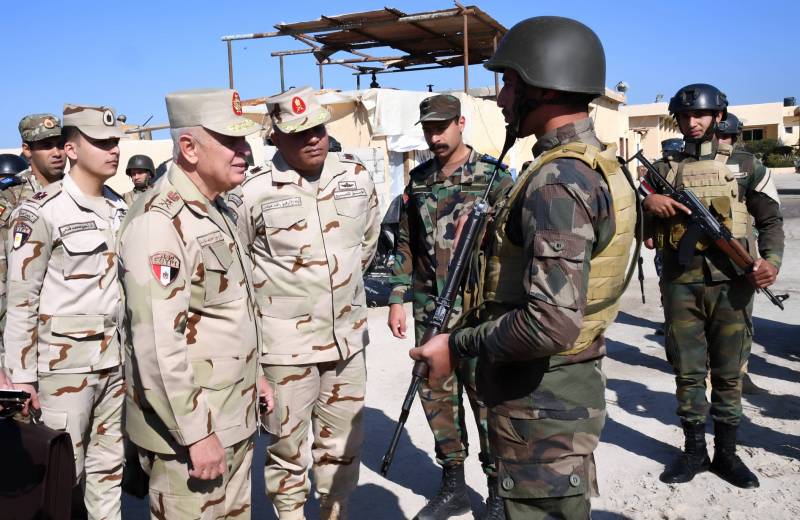 The Libyan National Accord Government (led by Faez Saraj) commented on the words of the President of Egypt that he would be forced to order troops to cross the Libyan border if the PNS did not stop on the Al-Jufra-Sirt line.


Recall that earlier, impressive forces of the Egyptian army were deployed to the border with Libya, including tank units. According to Abdel Fattah al-Sisi, Egypt cannot silently watch as terrorist groups advance to the east of Libya.

In Egypt, it was stated that foreign mercenary fighters repeatedly allowed themselves threats against the Egyptian address.

In the PNS, in response, they say that the president of Egypt makes unacceptable statements, and is also going to harm Libyan sovereignty.

In the so-called Ministry of Foreign Affairs of the Libyan Social Democratic Party:

This is a hostile intervention, which is tantamount to a declaration of war.
In turn, the Egyptian Foreign Ministry said that the PNS once again missed the opportunity to negotiate peacefully. Recall that earlier Egypt was one of the initiators of the convening of the meeting of the League of Arab States on the Libyan armed conflict. Faez Saraj said that the PNS will not participate in this meeting, since "the appearance of Haftar at the negotiating table could split the League."

At the Foreign Ministry of Egypt:

An association that calls itself the Libyan National Accord Government, must recognize its real size and understand who it allows itself to talk to without respect. Egypt shows great patience, but we will be very firm in case of any attempt to encroach on our national interests and security.

Ctrl Enter
Noticed oshЫbku Highlight text and press. Ctrl + Enter
We are
Reports from the militia of New Russia for 27-28 September 2014 of the yearInterview of Vladimir Putin with Radio Europe-1 and TF1
Military Reviewin Yandex News
Military Reviewin Google News
58 comments
Information
Dear reader, to leave comments on the publication, you must to register.