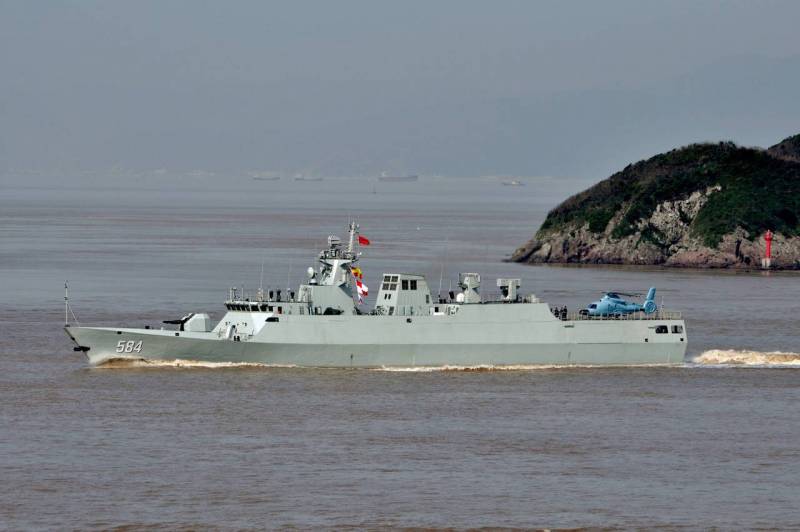 On June 18, 2020, an ordinary event took place at the PLA naval base in Xiamen: the ceremony of introducing a new corvette of project 056A Jingdezhen to the PLA Navy (tail number 617).


Information about this really went casually. Well, what’s wrong, another corvette got into operation. Is not it?

Unfortunately, this is so. There are countries where launching a diving boat is already an event of the first magnitude, and somewhere corvette is commonplace. Especially if from the beginning of this year alone, No. 617 is the ninth in a row. A total of 57 PLA project 056 corvettes are in service at the PLA Navy.

If compared with ours fleet, then by the number we have so many anti-sabotage boats. But this, you see, is a slightly different class of ship than a corvette.

The Chinese fleet today is the fastest growing fleet on our planet ... Twenty years ago, such a statement would have caused laughter, but alas, the modern reality is that. 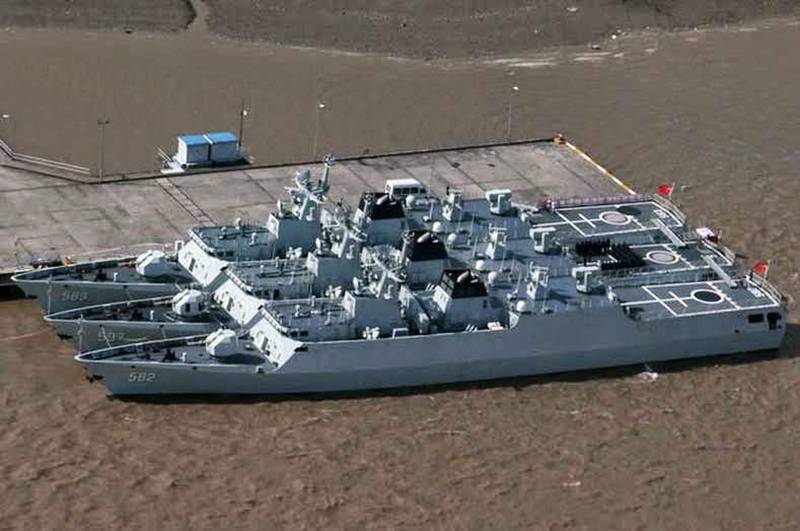 The Chinese were able to do what few countries could: put the construction of warships on stream. It really is in stories few have committed. What became the “fault” here, a rational approach, a planned socialist economy, a huge number of workers, is not so important.

And now far from all can be called the contemptuous term “Chinese Xerox”. 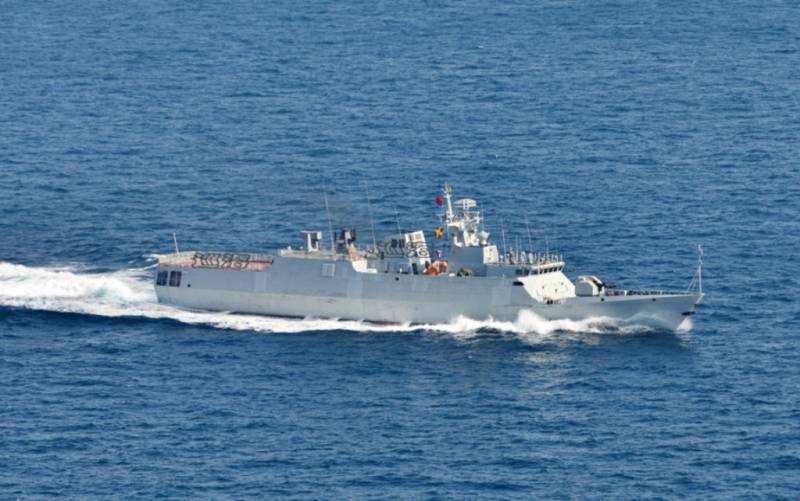 Is it worth comparing Chinese corvettes, for example, with Russian? It seems that we are not even rivals in any region. And in the Pacific Ocean, and even more so, our Pacific Fleet is in no way a competitor to the Chinese fleet. Neither in the number of ships, nor in quality.

However, it makes sense to compare. Despite the fact that the Chinese have been actively extracting technologies and models of technology around the world for the past twenty years, they have actually created their own design school, which is confirmed by Project 056 corvette. We are simply silent about shipbuilding, because only the Americans are really more powerful. Until.

Our project 20385 ship will be the subject of comparison.

Yes, they were built not so much as the Chinese, but here it is clear, on the one hand, we do not have such opportunities as in China, on the other hand, the project 20380 is more impressive than 056, and not only in size. Although in size, too.

Still, the increased in size missile boat is not a full corvette yet. Although the German Braunschweig has a displacement of 1840 tons, which is also smaller than ours, it is not so critical.

The Russian ship is 10 meters longer, 2 meters wider, and the draft is also greater.

Speed ​​data is approximately equal, 056 is faster by 1 knot, the economical move is also higher, 18 knots versus 14.

But further serious differences begin. And immediately it becomes clear that the difference in displacement and the number of crew gives its advantages.

Artillery weapons. The Russian ship has a 100 mm gun, and the Chinese ship has a 76 mm copy of the AK-176. Then you can not comment.

Project 056 anti-aircraft missiles are very, very good. This is the HQ-10 SAM, the Chinese version of the RAM SAM (RIM-116). A very effective complex, the only negative is a small (8 pcs.) Stock of missiles. We have the Redut air defense system, a completely modern and high-quality complex.

The main missile weapons. The Chinese ship is armed with 4 YJ-83 missiles. 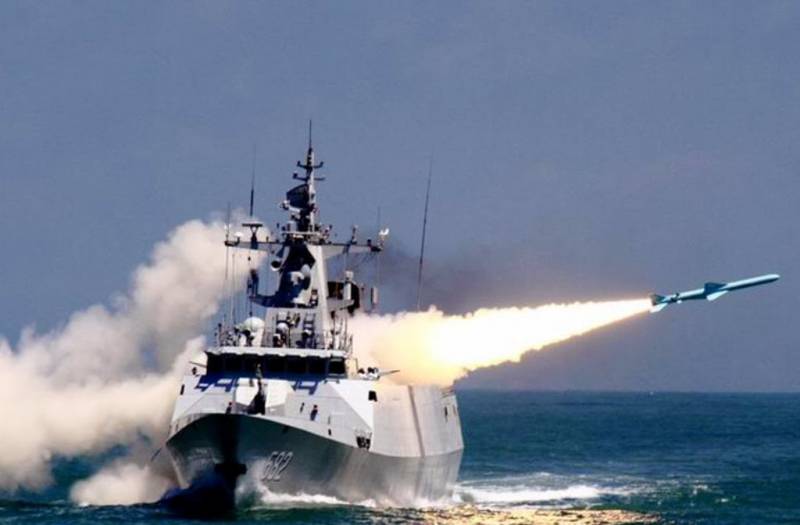 Range: 120 km. Speed: subsonic and supersonic (not a fact, there are doubts about this) at the end of the flight. The Russian ship is armed with Onyx or Zircons, which can be launched from the UKKS system. But since the Zircon in terms of launch is comparable with the Caliber, it means that these corvettes can operate with the original Caliber, which is much more serious than the Chinese. And the Russian ship has 8 missiles.

Of course, the Russian ship looks uniquely stronger, but 2 ships against 57 are not a very nice comparison. Not in terms of a hypothetical confrontation, but in terms of the release of such ships.

However, we are saying that the Project 065 corvette, which is a continuation of the Project 037 missile boat project, is a very interesting ship. 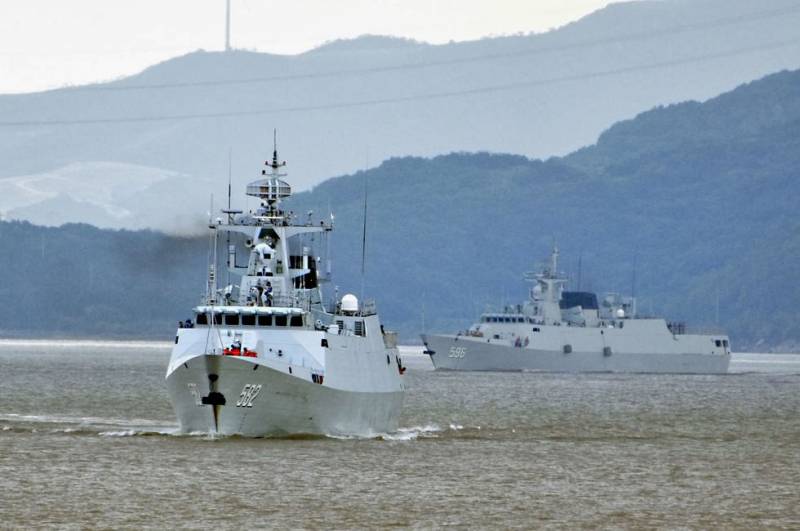 In fact, it is a multi-functional ship, suitable for both patrol and anti-submarine operations, and has good anti-ship weapons. Anti-submarine weapons were significantly strengthened in the ships of Project 056A, which generally transferred the corvette to the category of good full-fledged universal ships.

And despite the fact that the ship has also disadvantages, such as the lack of a hangar for a helicopter. There is a platform, that is, the use of a helicopter is possible, but permanent basing is not provided. And this weakens the functions of anti-submarine defense and reconnaissance capabilities of the ship.

But the main advantages of the project 056 corvette are its low cost and manufacturability, which made it possible to establish the release of the corvette in a series that inspires respect. 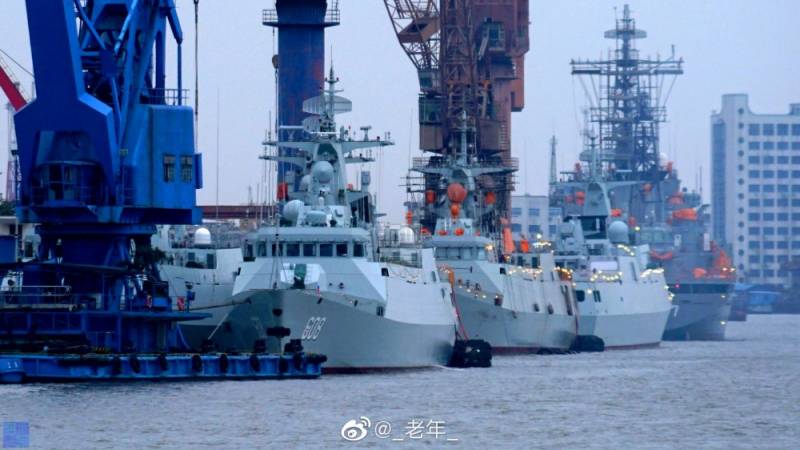 And the ship itself fully meets the requirements of today for a patrol ship, the main task of which is the protection of territorial waters. 056 will cope with this work, moreover, ships of this class will be able to eliminate the possibility of a more serious threat.

In any case, there is a case where the “Xerox” proved to be very useful in ensuring state security. And the PRC shows this very well.


Afterword. The error that the Caliber can be fired from the Uranus launcher was fixed. I admit, I apologize.

Ctrl Enter
Noticed oshЫbku Highlight text and press. Ctrl + Enter
We are
Light forces of the Navy. Their significance, tasks and ship compositionOn the comparative value of Russian and American warships, or Arly Burke against our corvettes
Military Reviewin Yandex News
Military Reviewin Google News
70 comments
Information
Dear reader, to leave comments on the publication, you must to register.