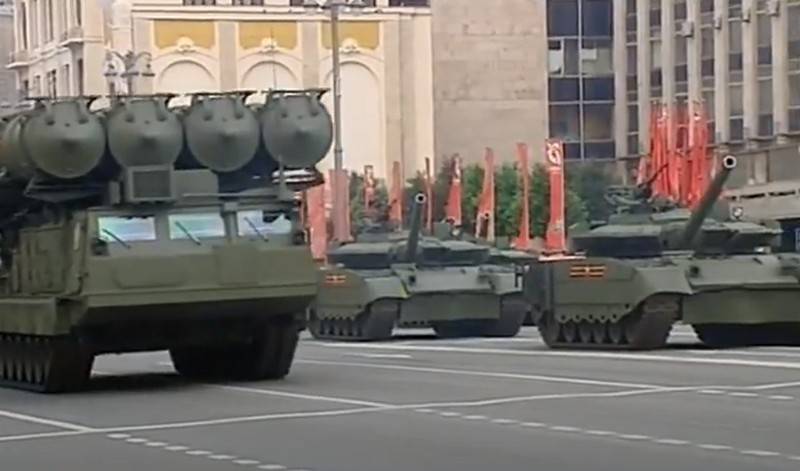 In Moscow, on Red Square, a dress rehearsal of the parade dedicated to the 75th anniversary of the Great Victory took place. This was reported by the press service of the Ministry of Defense.


As stated in the military department, parades and a mechanized column took part in the rehearsal, a parade was held in the sky aviation. Prior to this, on June 17 and 18 night training was held. In total, more than 14 thousand military personnel, 234 units of ground equipment and 75 aircraft were involved.

Today on Red Square, a dress rehearsal of a military parade dedicated to the 75th anniversary of the victory in the Great Patriotic War took place. The training involved foot parade crews, a mechanized column and a parade system of aviation
- said in a statement.


It is emphasized that all preparations for the parade are carried out in compliance with the necessary sanitary requirements, the military personnel use masks and gloves, and tests for coronavirus infection are carried out. All equipment is constantly being processed, disinfection of training sites is also carried out.
Ctrl Enter
Noticed oshЫbku Highlight text and press. Ctrl + Enter
We are
More than 70 airplanes and helicopters took part in the rehearsal of the parade air unit.Bomber killed more 90 military at parade rehearsal in Yemen
82 comments
Information
Dear reader, to leave comments on the publication, you must to register.