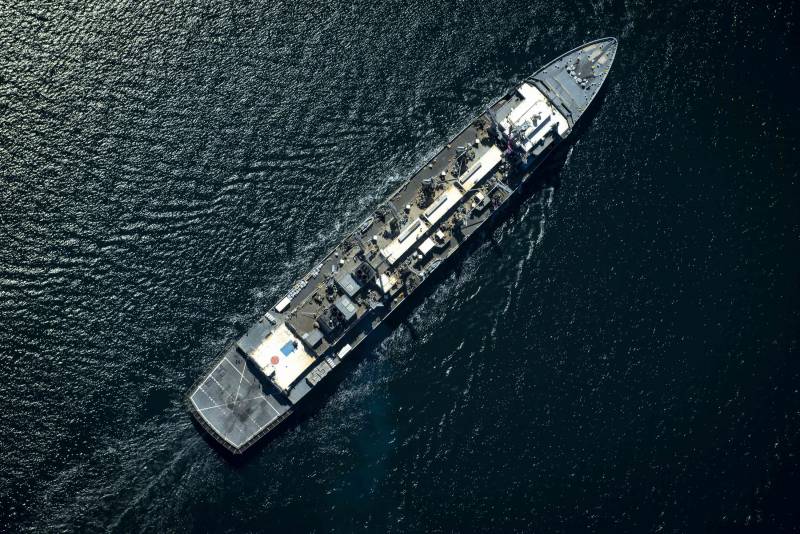 Initially, the 49th military games of the NATO armies Baltic Operations 2020 were supposed to take place in the spring, but the coronavirus made its own adjustments, and the exercises were held from June 7 to 16. In order to avoid infection of the personnel, the organizers canceled the land component and concentrated on the sea and air parts. The troops of 17 member countries of the Alliance and 2 partner countries: Finland and Sweden pulled into Europe. In total, 29 maritime units, 29 aircraft and 3000 military personnel were represented in the Baltic Sea and in the airspace. Not the biggest forces. For comparison: last year there were 50 ships, 40 aircraft and about 8,6 thousand military personnel. 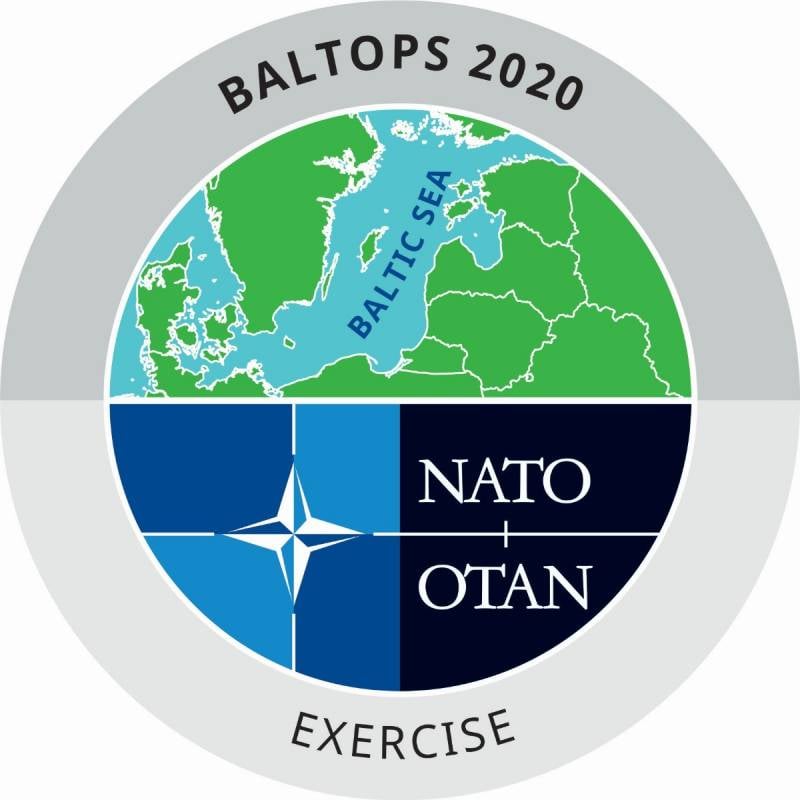 Source: sfn.nato.int
Naturally, no one from the supreme leadership of the alliance points directly to the anti-Russian format of exercises. The official press release of the NATO High Command, in particular, states:

“The purpose of these exercises is to increase the level of allied activities between the countries of the alliance in order to strengthen the potential for joint response to threats, as well as to demonstrate international determination to ensure stability in the region and, if necessary, to protect the Baltic Sea.” 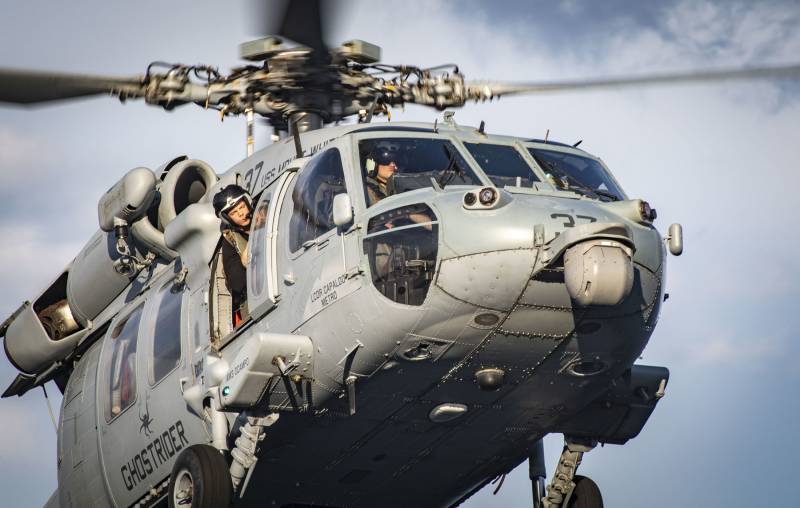 As you can see, masks for helicopter crews are not needed. The MH60 Sea Hawk is preparing to board the latest USS Mount Whitney control vessel. Source: nato.int
For 10 days, naval forces and aviation The NATO armies underwent three main phases of the exercises: testing and improving the performance of combat missions, integration of forces and assets, and at the final stage under the name TACEX, a “free game” took place, in which many units worked autonomously. The last stage is considered the most unpredictable for a potential adversary, therefore it was during this period that the Baltic’s retaliatory activity fleet was the maximum. But more on that later.

One of the main features of the past exercises was the focus on cooperation between units of different countries under a common command. In fact, the ability to coordinate the Naples headquarters of the Sixth Fleet of the United States, the command center in Lisbon and the NATO Operations Center was assessed. How much this has been achieved has yet to be evaluated, but now officials are reporting on successful outcomes. 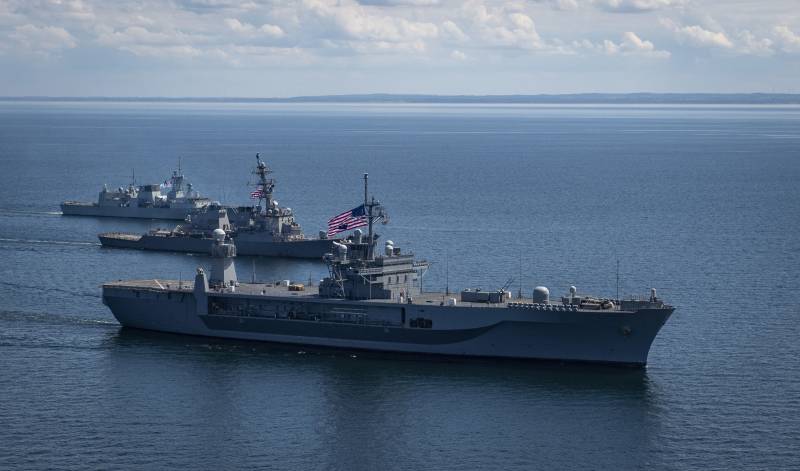 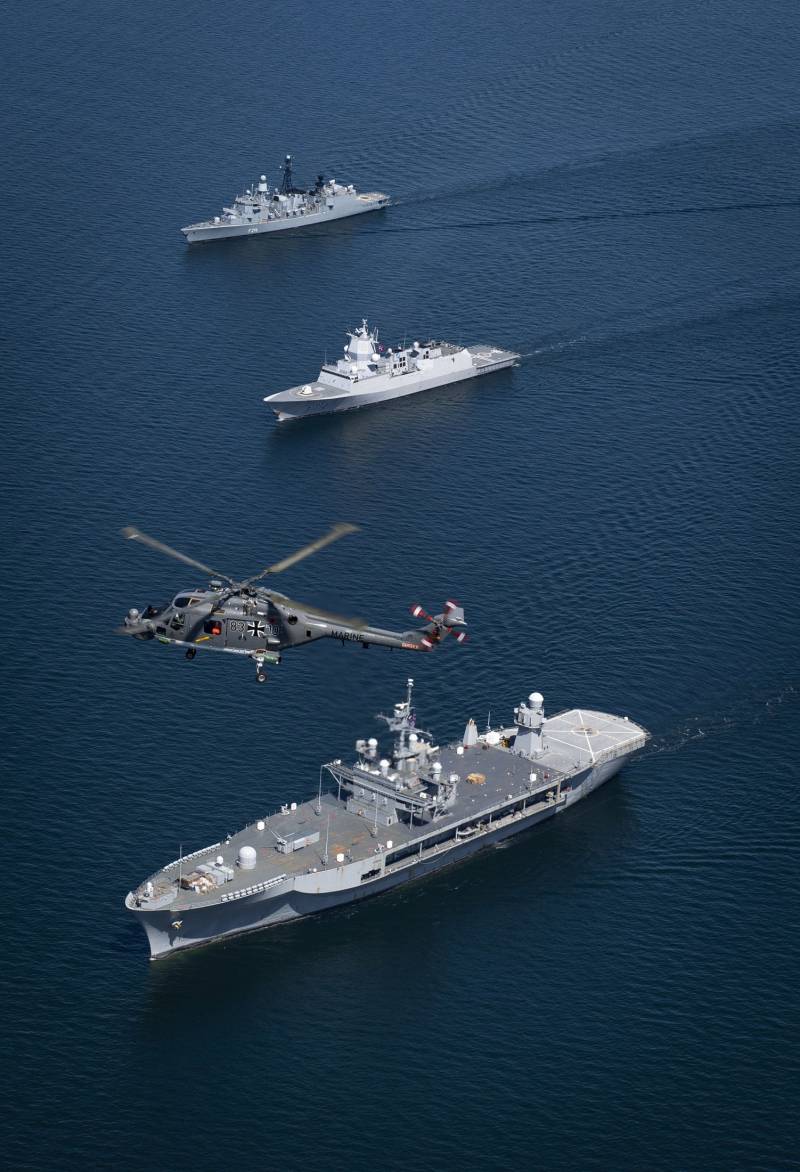 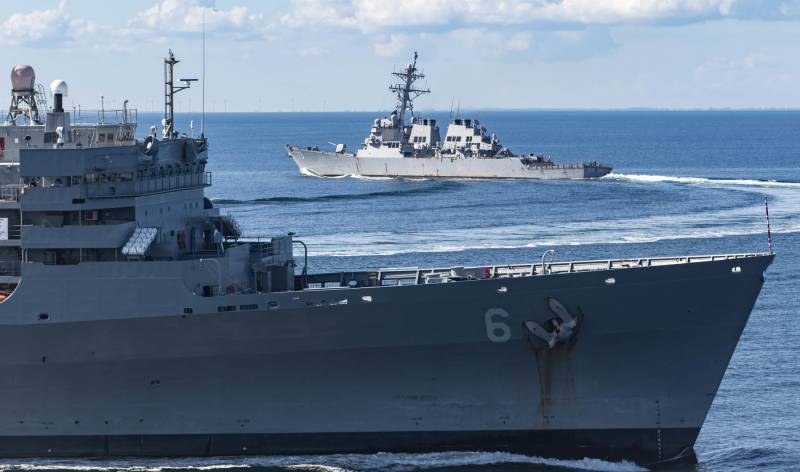 Several episodes of ship maneuvers in the Baltic. Source: nato.int
All Baltops 2020 resources were built around counteracting a powerful adversary, against which no European state can stand alone. Ships and aircraft hone the technique of joint mine action, air defense and anti-submarine wars. As Lisa Franchetti, the commander of the Sixth Fleet of the United States, notes, only the development of skills in conditions as close as possible to real hostilities will allow us to jointly repel the enemy’s powerful naval forces in the future. All actions in the next prove the clear focus of maneuvers on countering Russia. Particularly in this regard, the final training blockade of the Baltic by NATO forces stands out, very similar to a similar operation by the naval forces of the Third Reich.

Of no less importance is the development of warfare techniques in a pandemic. Europeans with Americans seem to have decided to wrap up the situation with coronavirus in their favor and try their hand at war with all the epidemiological precautions. The result was naval maneuvers - US marines did not even venture on a traditional landfall near the Kaliningrad region. As if making excuses for this, Rear Admiral Guy Robinson talked about some new tactics that made it possible to do without landing operations.

From 1993 to 2015, Russia took part in the annual military operations of Baltic Operations aimed at developing tactics of the fight against terrorism. For five years now, as part of the Baltops, our country has been acting as a hypothetical adversary and conducting its maneuvers on the other side of the front. A press release from the Russian National Center for Defense Management in this regard diplomatically states:

“The forces and means of the Baltic Fleet are monitoring the US and European naval exercises Baltops-2020, conducted from June 7 to 16 in the waters of the southern and central parts of the Baltic Sea.” 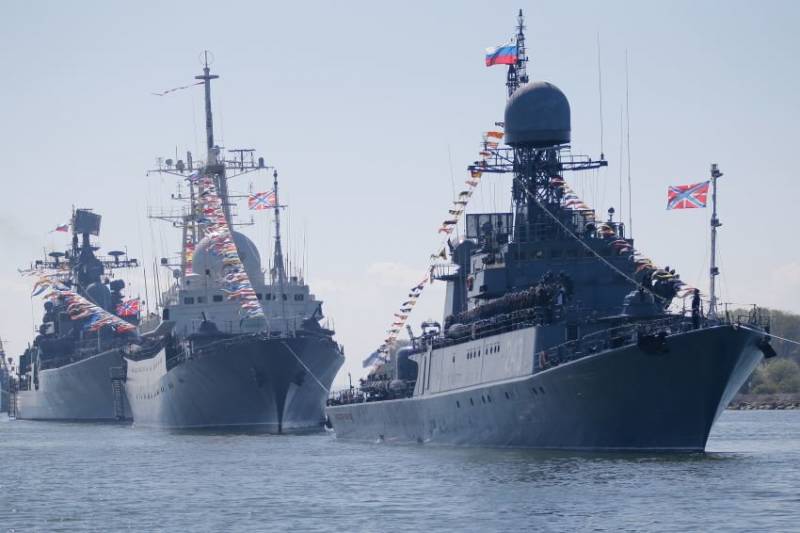 Baltic Fleet Source: cdnimg.rg.ru
In a situation where warships and aircraft of a potential enemy approached only 120 kilometers to the state border of Russia, it was simply impossible to observe and not react. Against this background, the Kaliningrad region for ten days has become a kind of outpost of the educational resistance of Baltops. First of all, the launches of the Iskanders distinguished themselves by electronic launches on NATO's control infrastructure facilities. In total, 20 pieces of equipment and about 200 personnel were involved. Immediately after the training launches, the rocketers changed their positions in order to avoid a retaliatory strike. The Bastion complexes also held the ships of the NATO countries on the fly, and then, during electronic firing, they were "destroyed". At the very beginning of the maneuvers, several ships left the city of Baltiysk to monitor the course of events and to develop anti-submarine and air defense. Also, the Baltic Fleet naval aviation conducted round-the-clock reconnaissance, and ten Su-27, Su-24 and Su-30SM carried out an attack on enemy surface targets. Although the NATO team this time did not dare to land the Marine Corps, Baltic Fleet pilots conditionally destroyed several landing ships. At the same time, Russian aviation did not stop training after the Baltops either: on June 19, three days later, the combined fleet of NATO, 10 crews of anti-submarine aircraft of the Baltic Fleet rehearsed the search and destruction of submarines. In addition, they trained in bombing and round-the-clock destruction of surface targets. According to the press center of the Baltic Fleet, during the NATO maneuvers, exercises were held for units of the air defense regiment. They worked out the standards for the deployment of radar stations, the search for air targets and target designation at the command posts of the S-300 and S-400 systems. At least 500 anti-aircraft gunners and about 50 weapons, including the Sky and Gamma radars, took part in the training. Field trips of electronic warfare specialists during the period of military games of the NATO countries have already become traditional. In the Kaliningrad region for almost two weeks, 200 troops were on duty, providing the combat work of 20 units of special equipment. Only the main operations of the Russian grouping of troops in the Baltic are listed here, without taking into account the local training exits of individual minesweepers or missile boats. In general, for ten days Baltops Kaliningrad region was included in no less ambitious military maneuvers. 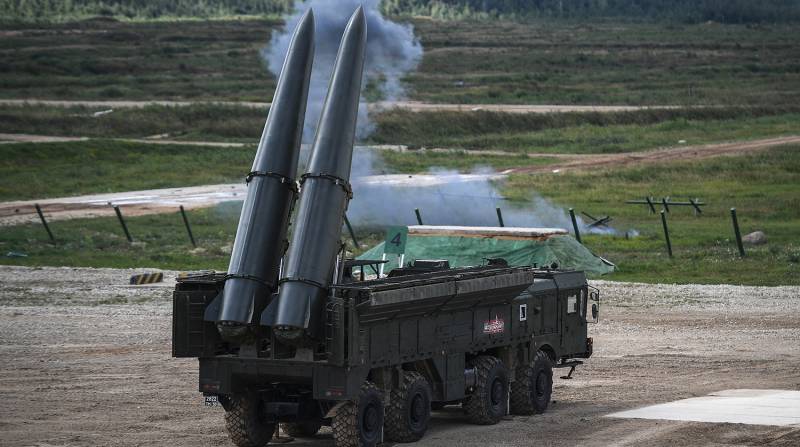 Missile system "Iskander". Source: gazeta.ru
This confrontation is very similar to the scenario of the beginning of the third world war. Moreover, the ever-increasing activity of the United States and Europe in the Baltic Sea leads not only to a local response from our army, but also to a long-term buildup of weapons. So, in the near future small missile ships of the Karakurt project 22800 with Caliber cruise missiles will appear on the Baltic Fleet, four ships of this series will be equipped with the marine version of the Pantsir-M anti-aircraft missile system. Russia has to intensify intelligence activity near NATO member countries and sympathizers, which cannot but lead to increased tension.

Against the backdrop of confrontation, the idea of ​​Russia returning to the format of the Baltic exercises of NATO countries is interesting. According to the editor-in-chief of Arsenal of the Fatherland magazine Viktor Murakhovsky, who he voiced in an interview with RT,

“Joint maneuvers increase overall security, establish cooperation when ships and vessels diverge in international waters. Today, this problem is quite urgent. We see Americans regularly making dangerous maneuvers near foreign ships, which is heating up the situation in different parts of the world. Any training with the ships is always useful, this would serve as a de-escalation. But the West is not interested in this. ”
But with the growing activity of the NATO bloc, which even COVID-19 is not a reason for a truce, the hope for such a turn of events is very weak.