Amendment of the Russian language: arguments and facts 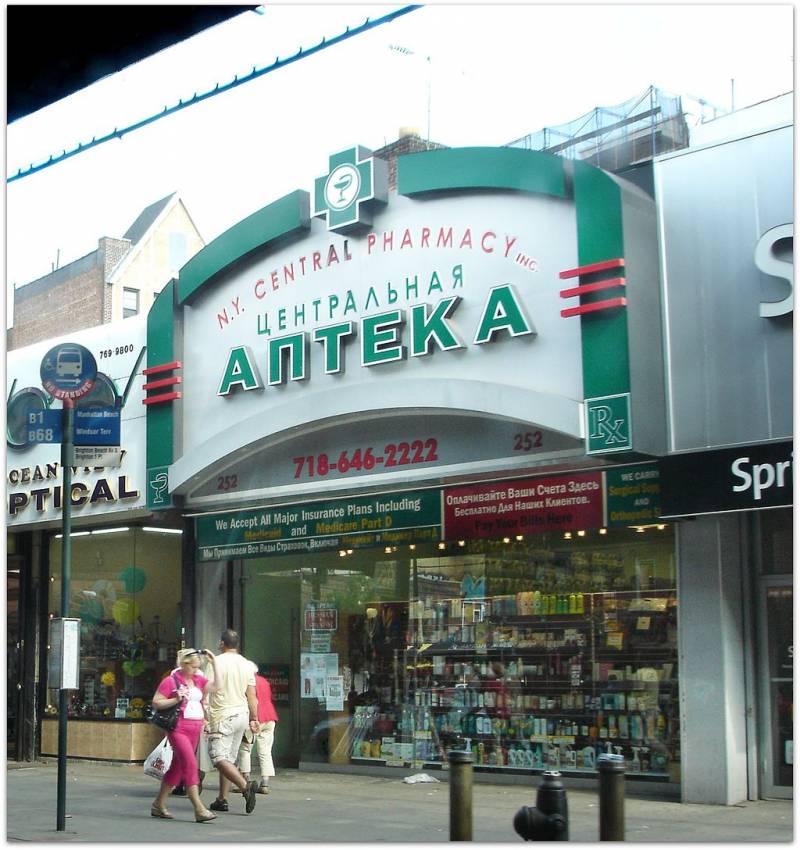 Ask me how the army website is related to the Russian language amendment, and I will answer with the words of Stalin. The most important thing for an officer is to know and understand the Russian language: the outcome of the battle depends on his knowledge, how you give the order and how the soldiers understand it.


They say that few people read the Constitution of 1993 in the Russian Federation, they say that very few people have carefully studied the current amendments.

But recently on TV I heard arguments in favor of the amendment about the Russian language and decided to read it.

What argument did I hear on TV in defense of the amendment?

"The Russian language and even Russian literature is a world heritage."
You can’t argue with that. There was great Russian literature. It is read in the world, many contemporary authors are published abroad, and this is good, however, the last world-famous Russian writer, Eduard Limonov, has gone into a different world, but we have a great heritage.

Russian was actually a world language; according to the UN Charter, it is in the top five world languages ​​now. There was the USSR, which provided this with all its might, having a huge number of allies around the world, having priority in many areas of science and technology, which naturally stimulated interest in the Russian language. Now there is neither this state, nor its military and economic power, nor world scientific achievements and breakthrough technologies, but it was so, one cannot argue with that either.

"The Russian language is the property of other nations."
And again the argument from stories, not from today. Of course, there are the words of another great Russian poet, V.V. Mayakovsky:

... I would learn Russian only because Lenin spoke to them.
The Russian language became especially attractive to other peoples when the light of freedom, which indicates how to free oneself from colonialism and exploitation, was shined from Soviet Russia.

But the key argument for the amendment was also somewhat dumbfounded. It was as if I had been returned during the time of perestroika, and I hear and read again and again that Russian literature was written by non-Russians. How is it, the Normans wrote it to us in runes?

“Non-Russian” writers wrote Russian literature, they created the Russian modern language, according to the author of the arguments. This is Pushkin, Derzhavin, Lermontov, Dahl - and this speaks in favor of the fact that ... the amendment is very necessary!

Without contesting the second, I object to the first.

Pushkin, according to the author of the arguments, it turns out that he is arap, he directly came directly from Abyssinia.

“The sun of our poetry”, “our everything”, part-time founder of the modern Russian language, of course, was the great-grandson of the arap of Peter the Great, but he himself was Russian.

Yes, I knew the French language from childhood, like all wealthy nobles, but was Russian from its very roots, wanted to escape to fight the French!

The poet was raised in a Russian noble family, fed by the Russian nanny Arina Rodionovna far from the Ethiopian desert.

But then, it turns out, Derzhavin is a Tatar, so he jumped straight from the Crimea, well, let's get an ode to write with a hexameter:

What are you starting a war song for?
Flute like, cute snigir?
With whom do we go to war with Hyena?
Who is our leader now? Who is the hero?
Strong where, brave, quick Suvorov?
The thunder of the North lies in the coffin.
The ancestors of Gabriel Romanovich Derzhavin were Tatars, but when he wrote his works, he was an absolute Russian.

Although, as has been repeatedly indicated in the scientific literature, the feudal estate was formed on local soil, with the involvement of foreign elements, this element could never be decisive.

It is known that the nobles invented the founders of surnames to add kindness, often raising their family tree to foreigners. What is already in the nineteenth century. caused laughter:

... says
That letter: "Tatar
Obolt Obolduyev
Good sukontsa is given,
At the price of two rubles:
Wolves and foxes
He entertained the empress
On the day of the royal name day
Let the wild bear down
With his and Oboldueva
He ripped off the bear ...
So, Ivan IV bred himself from Augustus, and the first Romanovs from the Romans - Roma!

So the “Arap of Peter the Great”, a slave boy, was presented to Peter, and only on Russian soil he was brought up, and he could become anshen-general, military godson of the “Russian Mars” Sasha Suvorov. But it was the Russian soil that created the conditions and opportunities for foreigners to prove themselves, whether it be Tatar, Arap, “German French” or “German Scot,” as they wrote in the XNUMXth century.

Then M. Yu. Lermontov also got it. More correctly, his pedigree was involved as a justification. It is difficult to argue with the author of the arguments for the amendments: the Scotsman is undoubtedly a Scotsman!

As the poet himself wrote:

And there is no lie here, as in the fact that we are Varangians.
And how he, the “Scotsman”, wrote in the same poem:

Moscow, Moscow! .. I love you as a son,
Like a Russian, it’s strong, fiery and gentle!
I love the sacred brilliance of your gray hair
And this Kremlin is serrated, serene.
And, of course, the “Dane” Vladimir Dal, who was born in Lugansk. As you know, Lugansk is the birthplace of the Danes.

The author of the arguments for the constitutional article on the Russian language may not be aware that there is a huge difference in origin and essence. You can be a native Danish, but essentially Russian, and vice versa, native Russian and non-Russian in essence. The same M. Yu. Lermontov wrote about his hero Grushnitsky that he possessed some kind of non-Russian courage. And to whom, if not the outgoing officer Lermontov, to understand this.

Summing up, I will say that a very weak argument is given. The arguments of "the time of Ochakov and the conquest of Crimea" did not take into account fatal errors in the language of the last years of the USSR and errors of national policy in the Russian Federation.

The message of argumentation on TV is understandable, but not scientifically substantiated. Other ethnic groups can take part in the formation of the ethnos, linguistic borrowings constantly occur, but national literature and language cannot be created by foreigners, even the authors of the period of the collapse of the Roman Empire, despite their origin, were in most cases brought up within the Roman state and language.

The development of the Russian ethnos, and even more so the language, is an original process, however, as with many other peoples of Russia. But the people who created the Russian state and civilization are unique and comparable only with similar world civilizations:
... forever rallied great Russia.
And this fact is scientific.

Here the words of the great master of the Russian word I. S. Turgenev, which I remember from school, come to mind, they sound like a prayer:

In the days of doubt, in the days of painful thoughts about the fate of my homeland, you are my one support and support, oh great, powerful, truthful and free Russian language! Do not be you - how not to fall into despair at the sight of everything that happens at home? But one cannot believe that such a language should not be given to a great people!
And the argument that Pushkin, Lermontov, Derzhavin and Dahl are the “non-Russian” creators of the modern Russian language and literature is not only weak, unscientific, but also extremely incorrect for a chaotic and legally fuzzy amendment, all the more so in it the mysterious state-forming people are not named.

Ctrl Enter
Noticed oshЫbku Highlight text and press. Ctrl + Enter
We are
About Stalin and KhrushchevWhat you didn't want to know about England
Military Reviewin Yandex News
Military Reviewin Google News
111 comments
Information
Dear reader, to leave comments on the publication, you must to register.