Sea tug of project 23470 Andrey Stepanov will leave for Kamchatka 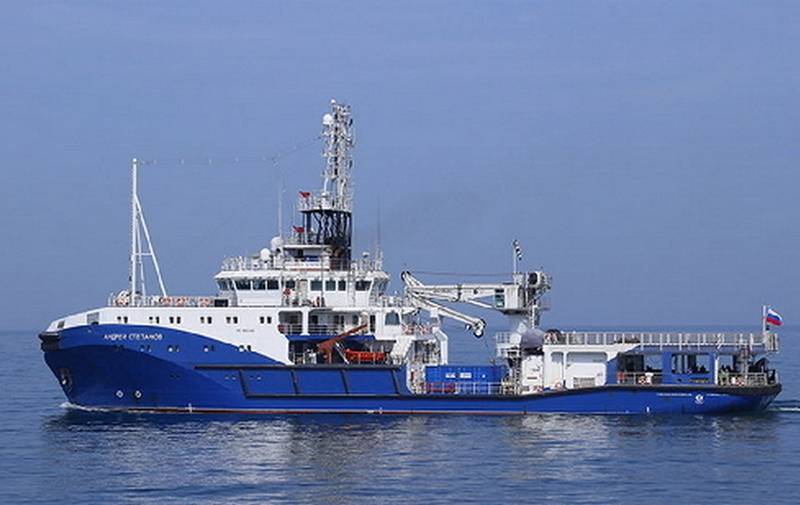 The first serial marine tugboat of project 23470 "Andrey Stepanov", built specifically for the Pacific fleet, completed tests on the Black Sea and began preparations for the transition to Kamchatka. This was reported by the press service of the Eastern Military District in the Pacific Fleet.


According to the press service, the sea tug will make an inter-naval transition from the Black Sea to the Pacific Fleet, while it is planned that the ship will arrive at the place of deployment by the Northern Sea Route. In tow is an experienced crew formed in Kamchatka and trained.

The latest tugboat "Andrey Stepanov" will be part of the squad of support vessels for troops and forces in northeast Russia. It is planned that the ship will arrive at the place of deployment by the Northern Sea Route
- said in a statement.

Recall that the tugboat "Andrey Stepanov" went to the factory sea trials in the Black Sea in early May of this year, after their completion the state should have begun, and the commissioning of the tugboat in the fleet was scheduled for 2021.

The tugboat is named after Andrei Ivanovich Stepanov (1863–1905), who in 1904 was appointed commander of the Kamchatka transport workshop, which was part of the Second Squadron of the Pacific Fleet under the command of Vice Admiral Z. P. Rozhestvensky. In the final phase of the Tsushima battle, A. Stepanov tried to help the heavily damaged flagship battleship "Prince Suvorov" and even cover him from the attack of a Japanese destroyer detachment with small-caliber guns from Kamchatka. He died at a combat post in a battle with the enemy.

Ctrl Enter
Noticed oshЫbku Highlight text and press. Ctrl + Enter
We are
The first serial marine tug of project 23470 went on sea trialsReports from the militia of New Russia for 27-28 September 2014 of the year
14 comments
Information
Dear reader, to leave comments on the publication, you must to register.