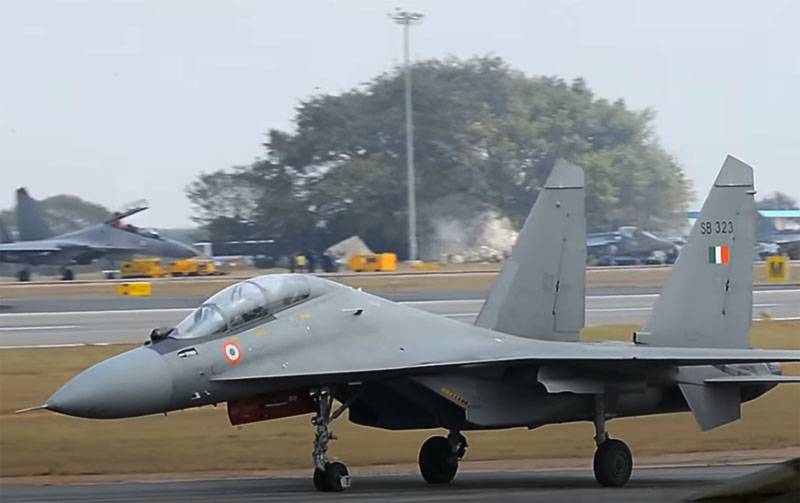 The Indian media reported that the command of the Indian Air Force appealed to the Ministry of Defense with an appeal to urgently purchase more than three dozen Russian fighters.


This call was reportedly made against the backdrop of a sharp aggravation of the situation in the disputed region of Ladakh, where a bloody clash between Indian and Chinese troops occurred this week.

According to published information, the Indian Air Force wants to get 12 Su-30MKI fighters and 21 MiG-29s. At the same time, it was proposed to immediately upgrade the MiG-29 fighters to the MiG-29UPG variant. It is proposed to assemble the Su-30MKI at HAL enterprises (Hindustan Aeronautics Limited) from the received kits.

This information caused a stir primarily in India itself. It is noted that if earlier in the Air Force the countries stated the need to purchase more than a hundred of the latest fighters, including the French Rafale, now they urgently decided to purchase the MiG-29 and Su-30MKI. And this despite the fact that these Russian fighters in India were often criticized - they say, "obsolete equipment."

Criticism is now heard against the government of the country, which for years can not decide which fighters to buy for it.

Rafale contracted, but getting the planes stretched out over a long period of time. There is no data on when, in New Delhi, they finally decide on other fighter options for the modernization of the Air Force fleet. Recall that neither MiG-29 nor Su-30MKI was on this list. And on the short list, in addition to all the same “Rafales,” appear American F-18, Swedish JAS 39 Gripen and Russian MiG-35 and Su-35. Also, the United States is trying to promote its modernized F-16s to the Indian market. The upgrade is designated as F-21 (specifically for India).
Ctrl Enter
Noticed a mistake Highlight text and press. Ctrl + Enter
We are
Half of the Su-30 Indian Air Force is chained to the ground - newspaperIndicated price is the Tejas Mark I for the Indian Air Force
92 comments
Information
Dear reader, to leave comments on the publication, you must to register.