"Demonstration of power or the struggle for Putin's rating": world press about the parade on June 24 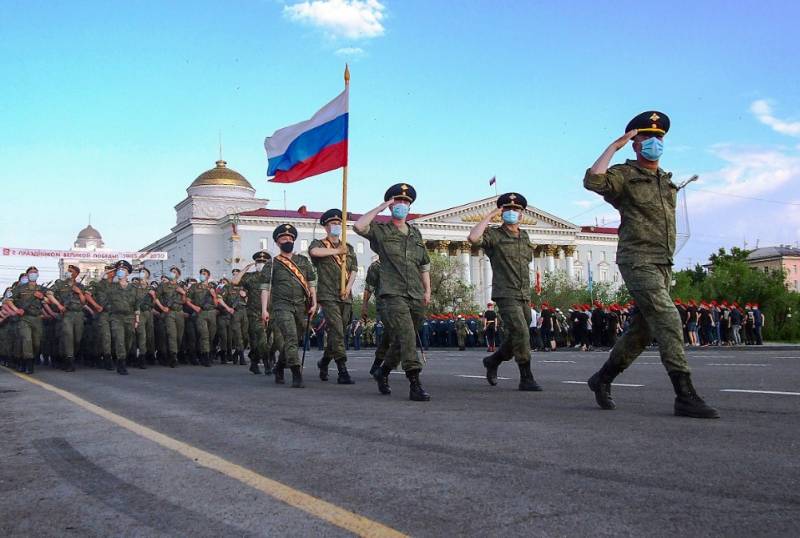 In less than a week, on June 24, a parade will be held in Moscow in honor of the 75th anniversary of the Great Victory. Foreign media are already giving their assessments of the upcoming event. As expected, these estimates are contradictory and very different from each other.


China's information resources generally respond positively to the upcoming parade. According to Chinese authors, the very fact of holding a ceremony in Moscow shortly after the coronavirus pandemic "testifies to the fearlessness of Russia and can only cause respect."

The Chinese do not dispute the importance of holding the parade. So, Xinhua writes that for Russia, the parade is one of the most important events. The author of the article, Liu Weizhi, emphasizes that thanks to the parade, Russia is able to emphasize its status as a great power and demonstrate the power of its weapons.

The Chinese military will also take part in the parade in Moscow. Naturally, the PRC media could not ignore this topic.

The participation of Chinese troops in the parade on Red Square will serve as evidence of the strengthening of Russian-Chinese cooperation, as well as a signal to the international community that Moscow and Beijing together are able to effectively resist the barbaric provocations of the United States,
- says an article in the Chinese edition of Sohu.

The parade was also praised by the Indian media. Thus, The Times of India noted the importance of cooperation with Russia, including in the military sphere, and focused on the participation in the upcoming parade of 75-80 Indian troops. Three platoons will represent the ground forces, the Air Force and the Indian Navy.

Another Indian resource, DNA India, cited a statement from the Indian Ministry of Defense:

Participation in the parade will be a sign of respect and solidarity with the people of Russia at a time when he remembers and honors his heroes of World War II. 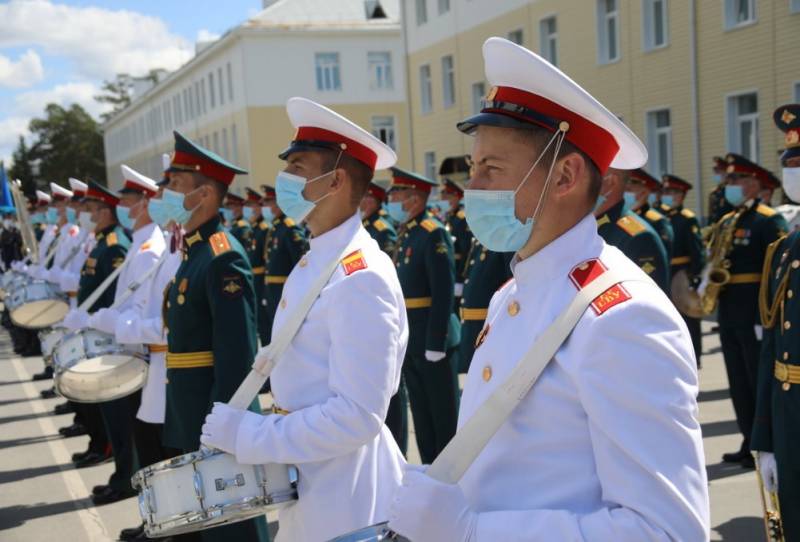 In European and American media, we see opposite estimates. The position of American and European publications comes down to criticizing the parade for political reasons: in the West they believe that it is being held by the Russian leadership to raise the rating of Vladimir Putin. But since accusations of political bias alone are not enough, the West is actively using the coronavirus theme: the parade supposedly threatens the epidemiological safety of the Russian state.

The New York Times writes that the parade on June 24 is necessary for the Russian authorities to hold an important vote on amendments to the Constitution of the Russian Federation.

The author of the Bulgarian edition of Facts discusses about the same thing. In his opinion, Vladimir Putin “needs a holiday at all costs,” respectively, and the parade is held only to reinforce the rating of the Russian president, which has been reduced to a minimum, according to the publication.

Of course, the Polish media could not ignore the parade. So, the publication Defense 24 stopped at the same accusation of Putin in a special parade to provide support for amendments to the Constitution of the Russian Federation.

As for the attitude of the radical Polish audience towards Russia, they are clearly illustrated by the comment under the article:

They will invade Georgia and Ukraine, arrange new parades. They have sausage, vodka and onions. And that’s enough for them.

Ctrl Enter
Noticed oshЫbku Highlight text and press. Ctrl + Enter
We are
Reports from the militia of New Russia for 27-28 September 2014 of the yearYuri Drozdov: Russia prepared the role of the sacrificial calf
Military Reviewin Yandex News
Military Reviewin Google News
102 comments
Information
Dear reader, to leave comments on the publication, you must to register.