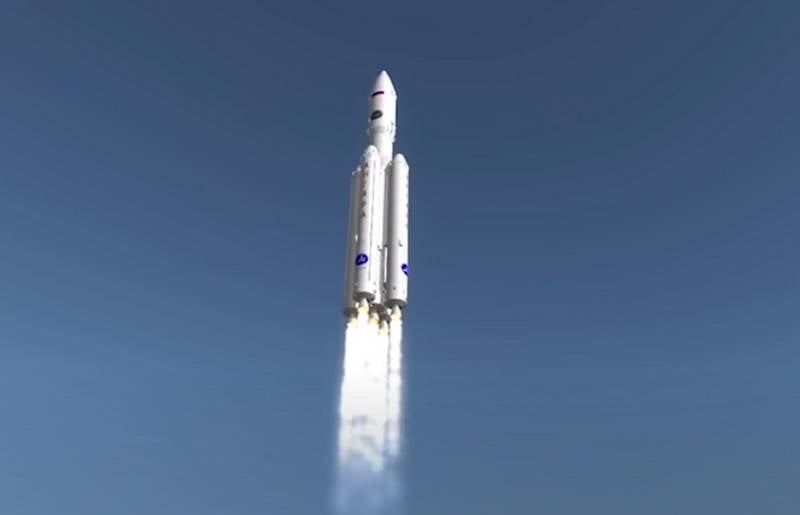 Second in stories The test launch of the Angara-A5 heavy launch vehicle, according to preliminary information, is scheduled for November 3. This is reported by RIA News with reference to a source in the rocket and space industry.


According to the source, the rocket will launch with the Breeze-M booster block and will launch a model of the spacecraft into geostationary orbit. This will be the first rocket launch in six years, and the second in its history. From which spaceport the Angara will start, is not reported.

Recall that the first test launch of the Angara-A5 heavy rocket was carried out from the Plesetsk cosmodrome on December 23, 2014. As stated then in Roscosmos, the Angara-A5 is the first Russian heavy-class launch vehicle developed entirely in the post-Soviet period. It will be able to launch into space from four to 24 tons of payload, depending on the height of the orbit. The launch vehicle runs on environmentally friendly fuel and is assembled from standardized rocket modules, which can significantly reduce the cost of its production and maintenance.

According to information previously released by the media, the serial production of the Angara launch vehicle should start in 2023, and from 2024 it should completely replace the Protons. A whole family of these missiles has been developed, starting from the light Angara-1.2 and medium Angara-A3, ending with the heavy Angara-A5, the modernized Angara-A5M and the increased carrying capacity of the Angara-A5V.
Ctrl Enter
Noticed oshЫbku Highlight text and press. Ctrl + Enter
We are
The launch of "Vega" from the South American spaceport "Kourou" puzzled Russian expertsAnother satellite crashed without reaching the specified orbit
153 comments
Information
Dear reader, to leave comments on the publication, you must to register.