The rebellious abbot and the capture of the monastery: what is happening near Yekaterinburg 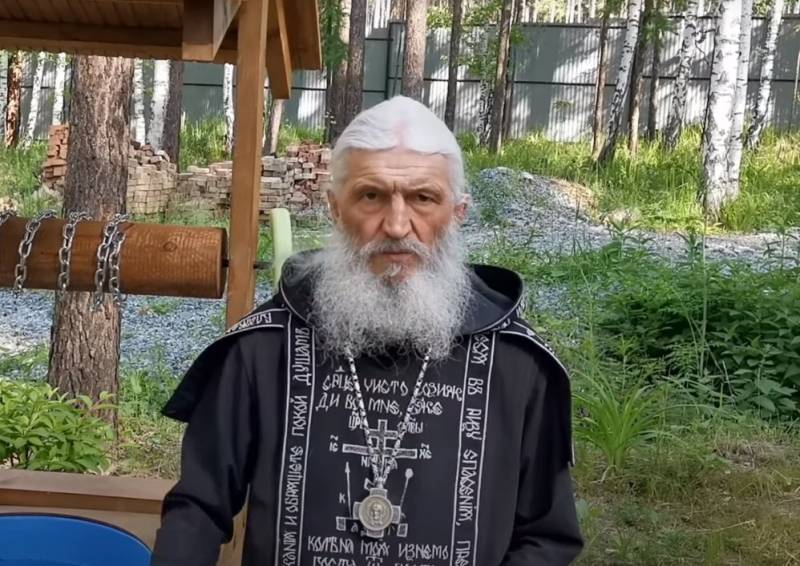 Dramatic events unfolded in the Central Ural Monastery, not far from Yekaterinburg. The monastery is captured by the people of the disgraced shiigumen, but the police have not yet taken coercive measures against the clergyman.

The conflict in the church circles of the Urals, which began in the midst of the coronavirus pandemic, on June 16 turned into an open confrontation. Shiigumen Sergius, who sharply criticized the church leadership due to the ban on visiting churches during the period of self-isolation, was removed from service.

But Sergius himself did not agree with this decision. Relying on the support of the Cossacks sympathizing with him, the shiigumen occupied the Central Ural Monastery, expelling the abbess. The territory of the monastery was taken under guard by Cossacks loyal to Sergius. At the same time, representatives of the Ural Cossacks already managed to declare their non-involvement in this strange situation.

Sheikhigumen Sergius can be safely called one of the most peculiar Russian priests. He is 65 years old. In the distant Soviet past - a police officer - spent many years in prison. Then his name was Nikolai Romanov. After his release, he went into religion and made a good career in the Russian Orthodox Church.

Interestingly, at the time, Sergius was the confessor of the recently deceased kingpin Timur Mirzoyev (Timur Sverdlovsky) - a relative of another influential authority, also the late Aslan Usoyan (Ded Hasan). But it is hardly possible to find something reprehensible in this, since the priest should help any people who turn to him for spiritual support. 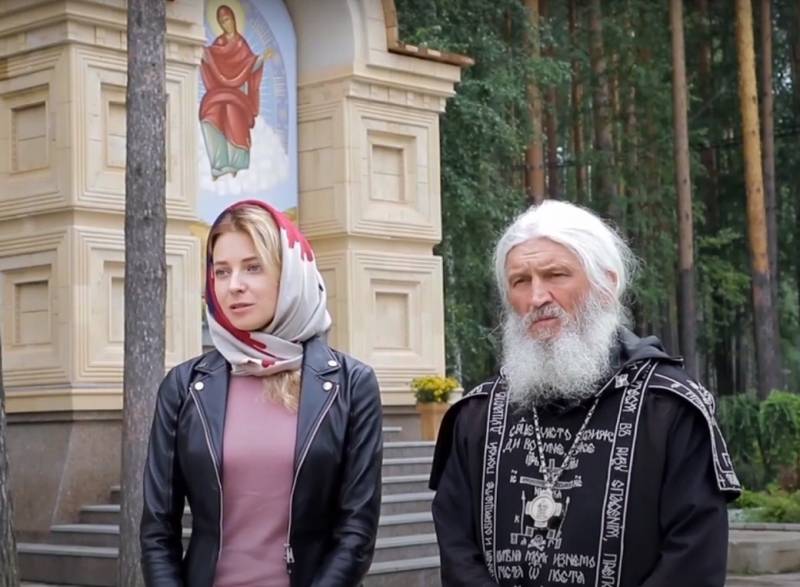 Natalya Poklonskaya and sheikhumen Sergiy (Romanov)
So, the deputy Natalya Poklonskaya speaks very well about the schema of Sergius. It is possible that they are united by a common enthusiasm for the last Russian emperor Nicholas II.

Self-isolation led to escalation of the conflict

Judging by his actions, Sergius is rather skeptical towards the leadership of the Russian Orthodox Church. The situation around the coronavirus pandemic has clearly demonstrated this. Sergius openly, in a video message, cursed everyone who called for the closure of churches during self-isolation.

In addition, shegumen Sergius criticized the digital identification of individuals, the collection of biometric data, calling it the path to the "satanic regime." “Gazeta.ru” reports that a criminal case was instituted against Father Sergius by the Center for Combating Extremism of the Main Directorate of the Ministry of Internal Affairs in the Sverdlovsk Region under article 282 of the Criminal Code of the Russian Federation “Incitement to hatred or enmity, as well as humiliation of human dignity”.

In the end, the leadership of the diocese forbade Sergius to serve, but he did not obey this decision. Cleric George Viktorov, who was appointed to the place of Sergius, was not allowed into the monastery. The sheikhumen himself flatly refuses to leave the monastery, although he is prescribed by the diocesan authorities in the St. John the Theological male monastery.

It is noteworthy that right now, after the criticisms of the Scheme of St. Sergius against the leadership of the Russian Orthodox Church, they “suddenly remembered” that more than 30 years ago, layman Nikolai Romanov was convicted of a criminal offense and spent 13 years in prison. The crime committed by him was called an obstacle to the ordination of priests. But after all, Sergius became a priest at the beginning of the zero years, twenty years ago, and all this time, it turns out, his past did not bother anyone? 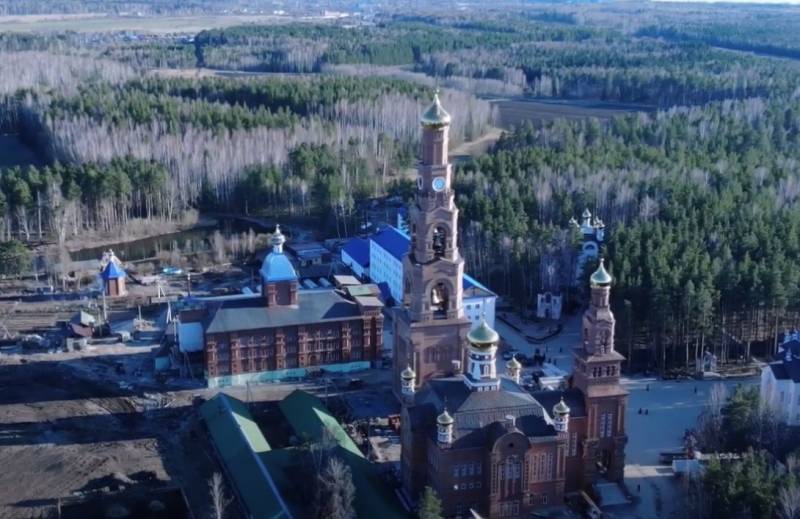 The Sredneuralsky Convent in honor of the Icon of the Blessed Virgin Mary “The Sporelitel of Breads”, located 10 kilometers from Yekaterinburg, was founded by Sergius himself and built, first of all, with the help of his flock. Therefore, Sergius considers himself in full right to be in a monastery, which, perhaps, would not have opened without his participation. Today, the monastery has its own agricultural complex, workshops, that is, it can exist offline.

On June 17, police arrived at the monastery. According to local media, the police arrived after reporting the unrest in the monastery. However, further events developed rather unusual: as the head of the press service of the Main Directorate of the Ministry of Internal Affairs in the Sverdlovsk Region, Colonel Valery Gorelykh, told the journalists, the investigative-operational group headed by the head of the regional department went to the specified address, but the information about the riots was not confirmed. After that, law enforcement officers left the monastery.

The official website of the Yekaterinburg diocese published an official appeal from its press service, which, in particular, states:

To date, the activities of the banned clergyman of the Yekaterinburg diocese of Shiigumen Sergius (Romanov) are the subject of consideration by the diocesan church court, which has not yet made a final decision. According to church rules, a clergyman accused of canonical violations should be given not only the opportunity to justify the charges against him, but also the time to review his errors and repentance, which is the main goal of the church court.
How the situation will develop in the future is not yet clear. It is possible that sooner or later they will try to release the monastery’s territory by force, especially if the criminal case instituted in relation to the schemyumen Sergiy will be given further.

It is also worth noting that the conflict around the Sredneuralsky Convent and the position of Scheme Hegumen Sergius (Romanov) is a consequence of the long-standing contradictions that exist between individual conservatively minded clergy and their believers, and the official line of the Russian Orthodox Church. At the center of this conflict are different points of view regarding the attitude of the church to the processes taking place in the life of the Russian state and society.

Ctrl Enter
Noticed oshЫbku Highlight text and press. Ctrl + Enter
We are
About Stalin and KhrushchevWhat you didn't want to know about England
Military Reviewin Yandex News
Military Reviewin Google News
165 comments
Information
Dear reader, to leave comments on the publication, you must to register.