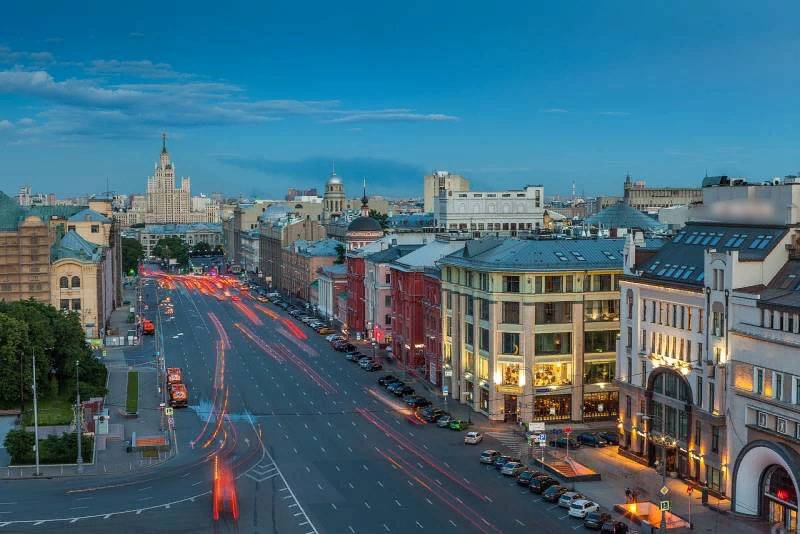 I have written the same phrase many times: in an interesting time we live! The time when those who do something have become the objects of constant attacks of the discontented. Sometimes you listen to or read a text and an episode from the old Soviet film "Reserve Player" pops up immediately in your memory. There is one seemingly passing episode where the substitute in the performance of Vitsin prepares to repel a free kick.


The stadium is naturally worried. Fans, realizing that Vitsin will not be able to repay the penalty, in every possible way convince the judge that the kick was appointed incorrectly. The wife of the factory director, who is the first time at football, also enthusiastically shouts: “Wrong!” And only then she asks her husband: “What is wrong?” How does she at this moment remind some of our fighters with the system, with Putin! All wrong!!!

Continuing subject of amendments, I want to answer one question that is often asked to me. Yes, I will vote on constitutional amendments. Just because the “mess” that exists today and on which we live today does not suit me. I like a lot of what is offered. Something I disagree with. But somehow it looks strange that some of our fighters for the people are not at all “dumped”, and the Americans, together with pro-American politicians in Russia, are so actively opposing our amendments, I repeat, our Constitution ...

Today I saw an amendment sheet that almost copies the newsletter in the text part. A volunteer said that next week every voter will have such a list. So, there will be time to go deeper into all the proposals. I saw several information points in my city where young people hand out amended brochures. Moreover, these points are located just in places where many apolitical people. Bus station, railway station, shopping centers, etc.

One more thing. Regarding future presidential elections. This is how it is necessary to be afraid of the incumbent president, so that at the mere mention of his name to experience the urge to diarrhea! Putin will no longer be president. Nobody has canceled age and state of health. Yes, he has so much political weight in Russia that even without being an official, he will be able to significantly influence the country's domestic and international politics. So calm down, gentlemen. The fight in the elections will be between other candidates. 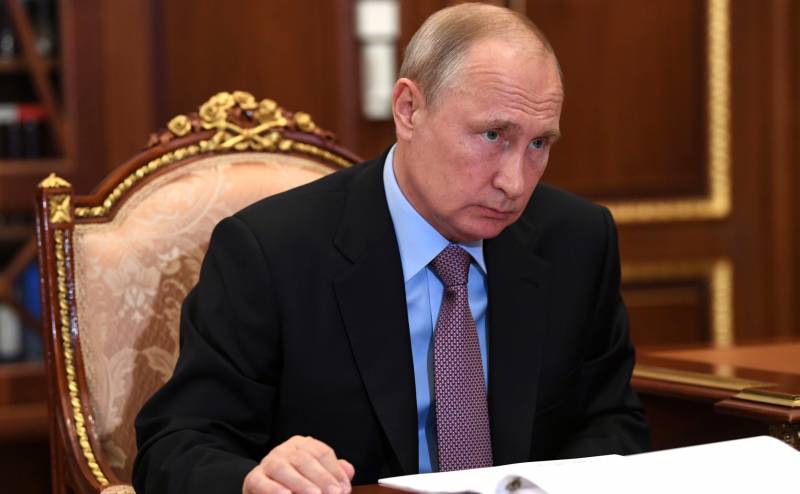 And now we continue to consider those amendments that I consider essential for all citizens of Russia.

It's no secret to anyone (I wrote about this in the previous part) that today the president of the Russian Federation has tremendous power. In fact, without his consent, nothing happens in the country. This situation is good only if the president really has the respect and trust of the people. Otherwise, the power of the president becomes almost absolute. The dependence of the entire power system on one person is extremely dangerous a priori.

The amendments to articles 102, 103, 129 just solve the problem of concentration of power in one hand. A real balance of power is being created when the Council of the Federation, rather an authority authority than a real power structure, and the State Duma get rather serious powers.

Also, the Federation Council will participate in the appointment of prosecutors in the region. True, the prerogative to appoint prosecutors remains the same, but now without the consent of the senators this can not be done.

The State Duma has not been ignored. Now all deputy prime ministers and line ministers will be discussed at the State Duma meetings. Thus, the Duma deputies will bear the same responsibility for the work of the government as the president.

There is another article that is little mentioned in the press. This is article 12. An article on local governments. It is there that the principle of independence of LSG bodies is fixed. But now the Constitution proposes to legislatively consolidate the interaction of SMUs with public authorities. And here, as I see it, for the first time we get the publicity of power. What is always lacking in government.

A very painful issue for our society. Too many former officials and deputies today live abroad and do not even hide the fact that they stole millions (and sometimes billions) of dollars from the Russian budget. They laugh at us, over the state, over the law. In Russia, you will not surprise anyone by the fact that a deputy of many convocations or an official at the federal level suddenly turns out to be a citizen of another country with a million capital ...

It is clear that the Russian political elite must be patriots of their country. Only in this case will politicians really work for the good of Russia. Only in this case they will have common values. Remember the main claims to public people, I specifically write not only about politicians or officials. Claims are simple as twice two. Property abroad, children study abroad, accounts abroad, residence permit or foreign passport.

Speaking scientifically, the main complaints of the country's population against public people are the possibility of a conflict of interest for a particular person. This is an opportunity to influence these people through the above questions. And now, if the amendments are adopted, officials and deputies will not be able to have accounts, property and other material interests abroad. Accordingly, they will not be able to have foreign citizenship or a residence permit in another country.

I can imagine the economic benefits the adoption of these amendments will bring! How many officials will return the money to Russia! And how many will leave posts for various reasons, if money is stolen! After all, the amounts that officials dispose of, judging by the sentences of our courts, have long been estimated at not even millions - billions!

You do not need to have seven spans in your forehead to understand that having accounts and property abroad means more than wealth and prosperity. It means the presence of some life guidelines for the future. As it once was in the USSR Navy. Before retirement, transfer to the Black Sea Fleet and resignation in Sevastopol ... In our version, money will be earned in Russia, and after retirement, they will live in London ... In short, the struggle against foreigners and future foreigners in power, as well as the struggle against investors in foreign economy, there is a struggle for our sovereignty, for the independence of Russia!

Your country must be protected always and everywhere

Someone does not want Russia to remain a territorially integrated country? Someone doubt that our probable opponents will do everything to destroy us? I'm not talking about the military component. Here, our “partners” have chronic knee weakness after 1945. I’m talking about legal, economic, moral and other pressures on our society, on our state.

Maybe someone likes when demolishing monuments to our soldiers? Like when the soldiers-liberators make soldier-aggressors? When the Red Army is equated with the Wehrmacht in World War II?

Maybe someone likes when a court in some The Hague can dictate terms to Russia? When does our Russian law mean nothing before some mythical international? And what is international law? The drawbar that turned where it went out there. But on its basis, someone has the right to impose some duties on the Russian Federation!

This is where the amendments to articles 67, 67.1, 69, 125 come in handy. It is there that the law guarantees the territorial integrity of the Russian Federation (Article 67), protecting the memory of the feat of our grandfathers in the Great Patriotic War (Article 67, paragraph 1), assistance to our compatriots abroad (Article 69), the priority of Russian legislation over international (Article 125).

Under article 125, I would like to clarify some of the nuances. Just because it is in this case that the most liberal cry is heard. Goodbye to The Hague, goodbye, Human Rights Court ... The proposed amendments propose not to abandon international courts at all. Norma says that the Constitutional Court must decide on the basis of legislation in each case. Will Russia execute any decision or not.

Society should consist of responsible and proactive citizens.

The issue of creating a responsible civil society for me personally became relevant only during the quarantine period. Remember the spontaneous organizations that appeared unexpectedly on the initiative of caring people and who made a huge contribution to the survival of one of the main risk groups - the elderly?

We often take the position of the Lermontov veteran of the Battle of Borodino in relation to our youth. “The heroes are not you ...” But they gathered and did ... As they did in the Chechen wars, in Georgia, in Syria, in Abkhazia, in the Donbass, in Transnistria. We have normal youth. Responsible and proactive. But we must help her! How should they help all initiative and active people who are trying to improve the lives of others.

In fact, today a huge number of people are engaged in solving problems that the state cannot reach. Mugs for children, animal shelters, help for orphans and the poor, search for dead soldiers on the battlefields ... The list goes on. Good deal? Of course.

We are obliged not just not to beat these people hand in hand, we are obliged in every way to help and encourage these people. Remember how the first volunteers appeared in Russia? Yes, public assistants. And then what happened? The movement has grown, and now it is a real force. No one is surprised at the appearance of social activists at some events.

It is the amendment to Article 114 that speaks of this.

It is clear that not all amendments that are personally interesting to me are considered in this material. But what is listed is enough to understand the importance of the upcoming event.

The country needs to be changed. And to change, not by a willful decision, all at once, but gradually. Slowly. Without breaking anyone’s lives. It’s easy to remove the piles of garbage that we have piled on so much in all spheres of life over the past thirty years that we cannot even see the grass under them. We used to live like that. We must wean. Learning to live humanly.

Ctrl Enter
Noticed a mistake Highlight text and press. Ctrl + Enter
We are
Situational analysis of the death of the MH17 flight (Malaysian Boeing 777), made on the basis of engineering analysis from 15.08.2014Results of the week. “In our cooperative, the board is always agreed”
368 comments
Information
Dear reader, to leave comments on the publication, you must to register.