In the USA, they talked about the discovery of the body of the pilot and the wreckage of an F-15C fighter that fell into the sea 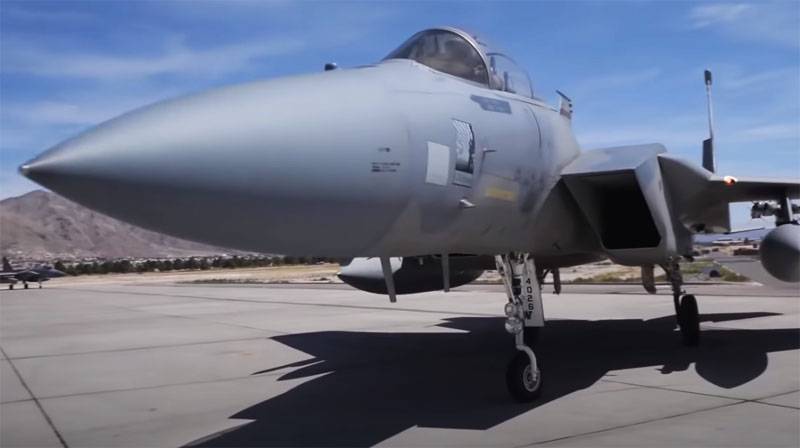 In the United States published updated data on the plane crash with the F-15C fighter in Europe. We are talking about a plane that, during a scheduled flight, crashed into the North Sea, rising from the airfield of the Lakenhit military base in England.


Media reports citing the U.S. military command said that one pilot piloted the aircraft (such an emphasis was made on the fact that initially the press assumed the presence of two pilots on board - with an erroneous indication of the modification of the fighter). He was 27-year-old Kenneth Allen, who had the rank of first lieutenant (an American analogue of the military rank of senior lieutenant).

The US command reported that Kenneth Allen was dead.

The incident, we recall, occurred last Monday at about 9:40 local time (British).

The body of the pilot and the wreckage of the aircraft were discovered by the British search and rescue service on the same day.
Allen served as assistant chief of the weapons and tactics department of the 48th fighter squadron stationed in Lakenhit. According to the latest information, he arrived at a new place of service in February this year - immediately after the wedding.

In the United States, a financial assistance fund was opened for Lieutenant Allen's family. It collected, according to reports, the American press more than 20 thousand dollars.

Colonel Will Marshall, Commander of the 48th Fighter Squadron:

We deeply grieve over the loss of Lieutenant Allen, we mourn this loss together with his family and friends.
For reference: about 4 thousand American troops are deployed at the base in Lakenhit.
Ctrl Enter
Noticed oshЫbku Highlight text and press. Ctrl + Enter
We are
Russia firmly occupies a place in the global arms market 2 and will maintain its position in the foreseeable future.Armored Vehicles Market in the Middle East in 2005-2012 and forecast for 2013-2016
Military Reviewin Yandex News
Military Reviewin Google News
22 comments
Information
Dear reader, to leave comments on the publication, you must to register.