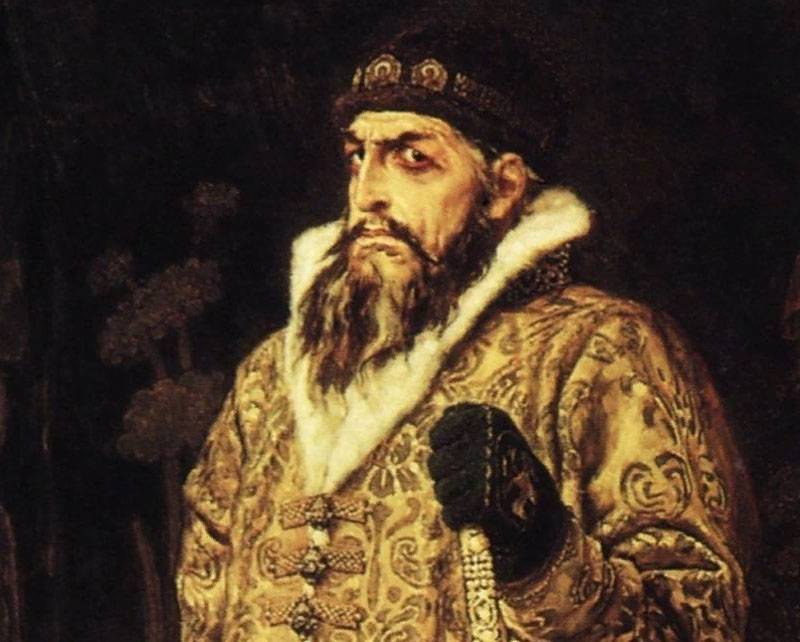 John IV Vasilievich is one of the Russian sovereigns whose rule and life are assessed, perhaps, the most ambiguously both abroad and in our country. His name is associated with many extremely harsh assessments and categorical judgments. However, are they reasonable? What if, in this case, we are dealing with firmly rooted malicious slander, and the whole “odiousness” of the king, who entered history under the name of Grozny, for the most part is fiction?


In order to understand this issue, first of all, it is necessary to determine two key points: a list of charges against John Vasilievich, and the sources from which they came. Let's start with paragraph one: Terrible attributed to Grozny, which led to the fact that his reign was marked by a huge number of executions and reckless reprisals, as well as other manifestations of tyranny. Well, what do you want from this barbarian: he even killed his own son!

This is followed by the device of John IV of the notorious oprichnina, supposedly fatal to Russia. Everyone knows about it, only few can clearly explain the meaning and essence of this phenomenon. Even Grozny was an aggressor: he took and attacked the innocent civilized Livonians, began to mercilessly destroy them, and seize the land. The Tatars again oppressed, destroyed their khanates ... Well, in addition to all this is a heap of absolutely absurd accusations such as polygamy, pathological suspicion and almost insanity. Which of these can be considered true?

Almost nothing. The practice of "slandering the sovereign" has begun since the time of the sovereign himself.

The "enormous" number of convicts on the chopping block under Grozny, according to available and credible annals, is actually reduced to 4-5 thousand people. Too many? For comparison: Henry VIII, who ruled around Britain at the same time, hung his subjects with tens of thousands, including children caught in vagrancy. Elizabeth, who replaced him on the throne, executed thousands of one hundred Britons. Incidentally, the same Henry had wives more than John Vasilyevich, but, unlike our sovereign, he chopped their heads off, excuse me, like chickens. In Russia under Grozny, they were sentenced to death exclusively for the most serious crimes such as murder, arson of an apartment building along with the inhabitants, high treason. For theft, as in "enlightened Europe", no one was hanged.

Aggression? The Livonian war was the beginning of the struggle for the return of Russian lands in the Baltic and was ultimately ended by the descendants of Grozny, even centuries later. Astrakhan and Kazan Khanates? Well, there was nothing Russian people in full and slavery to steal, burn our cities and villages. Sami asked for it. During the reign of John IV, the territory of the Russian State grew exactly twice. And, by the way, he was the first to begin to be called the king - quite deservedly and rightfully.

Oprichnina? In fact, it was a natural process of establishing a centralized state power, curbing the rampant freemen of large feudal lords. Countries that followed this path later became empires (Russia, France, Germany). Another option is the Polish-Lithuanian Commonwealth with its puppet kings, endless wars of magnates and three divisions in a hundred years. Kinks? Surely there were. But in the end, Poland became part of Russia, and not vice versa.

Grozny did not kill his son - there are a lot of fundamental research on this subject, which I will not retell. Poisoning with a mercury compound, the so-called mercuric, brought to the grave of both the prince and subsequently his crowned father. And, by the way, they were not alone in the Kremlin (so conspiracies and assassination attempts to Grozny did not seem at all imagined). From now on, it’s worth moving on to talking about where all the terrifying things came from, which they have been saying and writing about John Vasilievich for centuries. We restrict ourselves to three specific sources.

The first and, perhaps, the main denunciator of Grozny is Prince Andrei Kurbsky. This person can be described very briefly: Vlasov of the sixteenth century. Kurbsky ran to the enemy voluntarily, after which he went with foreign invaders to his homeland, which he betrayed to fire and sword. However, much more this Judas was noted in the ideological war. It can be said that the ancestor of all Soviet and Russian “dissidents” - masters — from behind the cordon they poured mud on their country for satisfying grubs. Can this be believed? Judge for yourself.

It is also extremely difficult to consider as objective the writings of a certain Heinrich von Staden, posing as a “guardsman” and almost as a “close king”. In Russia, this character really lived and was even in the royal service, for which he was granted lands and ranks. But only in the end he created something such that everything was taken from him and put out of the country. After which Staden fell into ardent Russophobia, not only shut himself up with the whistleblower of Grozny’s atrocities, but also set about running around the European royal courts with plans to “conquer Russia”. In a word, embittered and avenged as he could. Incidentally, he never was a clerk: it has been documented.

The third “expert” in Grozny is the Jesuit Antonio Possevin. The personality is colorful. He arrived in Russia with a “special assignment” to the papal throne, which consisted in preparing the soil, if not to catholicize our country, then at least the entry of the Russian Orthodox Church into a union with Rome. In fact - a professional intelligence officer. Posevin did not succeed in his activities, primarily due to John Vasilievich, who was harder than flint in matters of faith. It was he who launched the “horror story” regarding the “murdered prince”. And also many other bloody and dirty myths about John Vasilievich. The rest of the foreign authors, sparing no colors painted the "horrors of the reign of Grozny", did not visit Russia at all.

“John the Terrible, for his cruelty called Vasilyevich ...” Do you think this is a historical joke? Nothing of the sort - it was printed that way in the well-respected French dictionary of Larouss. This alone exhaustively testifies both to “deep knowledge of the issue” and to the degree of “objectivity” of all those who tried and are trying to “persuade” the Russian Tsar. John the Terrible was terrible and hated by the West because it was during his time that Russia from the provincial principality, the former provinces of the Golden Horde, began to turn into a powerful, and, most importantly independent kingdom, and embarked on the path of creating an empire. Hence the whole wave of lies that, alas, has taken root in the homeland of one of the most controversial, but truly great rulers of Russia.

Ctrl Enter
Noticed oshЫbku Highlight text and press. Ctrl + Enter
We are
Chernobyl notebook. Part of 3Congratulations on the 285 anniversary of the birth of the Great Russian commander Alexander Vasilyevich Suvorov!
Military Reviewin Yandex News
Military Reviewin Google News
165 comments
Information
Dear reader, to leave comments on the publication, you must to register.