“If we do not defeat India, we will regret”: how China evaluated the fighting on the border 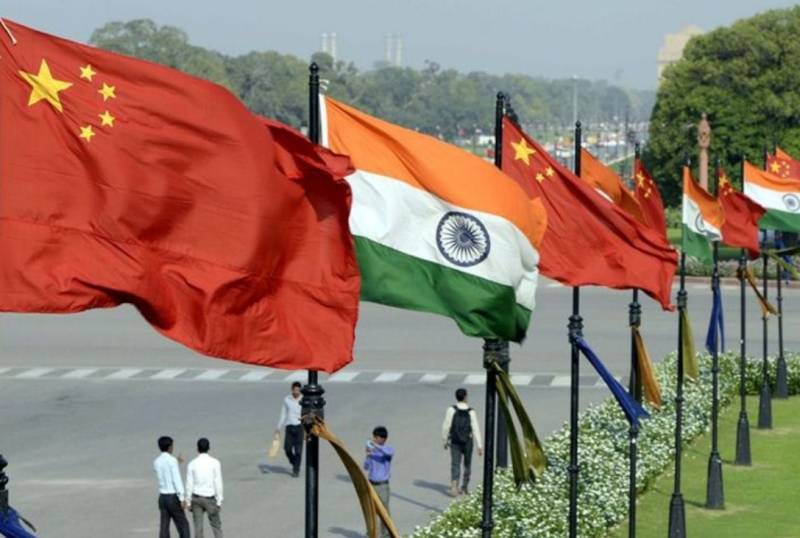 Years of tension on the Sino-Indian border on the night of June 16, 2020 led to a clash in the Indian province of Ladakh. The Chinese media hastened to give their assessment of these sad events.


Naturally, the Chinese publications blame the Indian side for everything that happened. Indeed, relations between the two neighboring powers due to separate border regions have remained tense for many decades.

The People's Daily newspaper published excerpts from a speech by the official representative of the Western zone of the People's Liberation Army of China Zhang Shuili. According to a senior military official, it was the Indian side who carried out the provocation by crossing the line of actual control and invading the territory controlled by the Chinese military.

The Indian army broke its promise and deliberately provoked a conflict, which entailed casualties and caused high tension on the border between the two countries,
- Another Chinese edition of Sohu assesses the situation.

Sohu draws attention to the concentration of a large number of Indian troops and military equipment in the border areas. According to the publication, India has the second largest army in the world. Now the Indian armed forces are actively deploying infantry and tank units on the Chinese border.

The publication also claims that India really wants to become the most powerful country in Asia, subjugating the closest countries in the region to its influence (talking about Sri Lanka, Bangladesh, Nepal and Bhutan) and establishing control over the entire Indian Ocean.

In another article, Sohu notes that India, since 1959, has repeatedly made attempts to invade Chinese territory, and each time these actions ended in disrepair for the Indian side. Chinese publicist Hu Xijin, drawing attention to past armed clashes between the two states, urges the Indian side to “look through the veteran’s diaries” and understand that it’s better not to quarrel with some neighbors. After all, China does not want to fight with India, but is not afraid of war.

At the same time, Chinese authors draw attention to the fact that if the war does begin, then China will be able to enlist the support of Pakistan and Nepal, because they also have serious contradictions with India. The situation in India is already seriously complicated by the consequences of the pandemic, frequent natural disasters, and the economic crisis. As for the alleged support from the United States, Sohu notes that it harms India more than it benefits it. 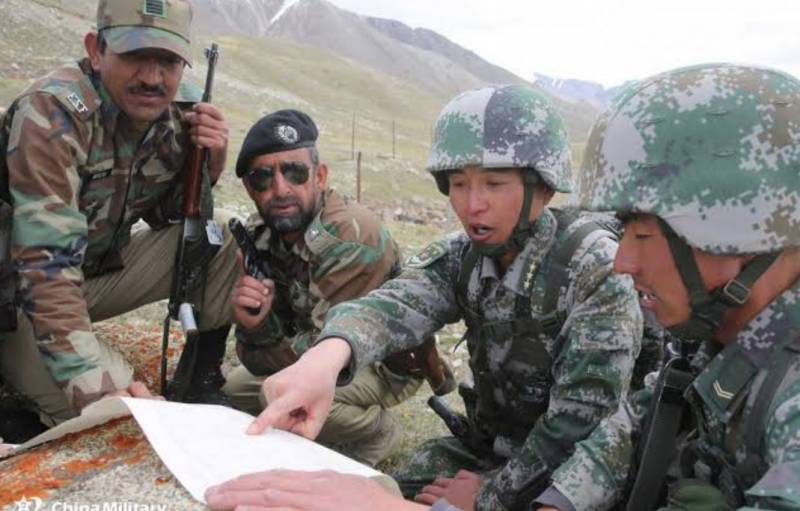 Military cooperation between China and Pakistan is becoming increasingly relevant
The United States is blamed for what is happening in China, as it is believed that Washington is pushing India to launch a large-scale war with China. The Chinese side is also worried by the recent agreement between India and Australia on the exchange of information and cooperation in the military-logistical field. After all, Australia is one of the most important US allies in the Asia-Pacific region.

What do ordinary Chinese say about the events in Ladakh

The Chinese audience, as expected, is outraged by the actions of India. There are warlike calls like “Crush an insect!”, “PLA is invincible!”, “Just cut India to pieces,” and some commentators accuse the “wolf” of India of wanting to “eat the lamb,” meaning little Nepal as the latter. The pressure of the Indian side on this state is also written by the Chinese press.

The current relationship between China and India is the same as between Japan and China before the Sino-Japanese War. If we do not defeat India now, this is fraught with great disaster in the future, we will regret
- warns the commentator from Beijing.

In the future, we must regain control of the main peaks of the Himalayas and oust them (Indians) from the Tibetan plateau,
- Someone Ma Fengbin from Urumqi writes.

War is a continuation of politics. There is no winner in the war. Our army is used to protect people. When foreigners invade, war is inevitable,
- Sohu reader from Guangdong reasoning.

There are deeper comments. So, a resident of Wuhan draws attention to the enormous social inequality in India and the extremely large differences in rights between representatives of various Indian castes:

India needs its own revolution, not external expansion. India has a millennial историяbut the country is very backward in every way. Indeed, in the history of India there has never been a popular revolution. This limits the Indians and therefore they should be awakened and make a revolution by overthrowing the unreasonable hierarchy.
To date, some of the forces of India and China have been diverted from the sudden line of contact.