What we have to vote for on July 1 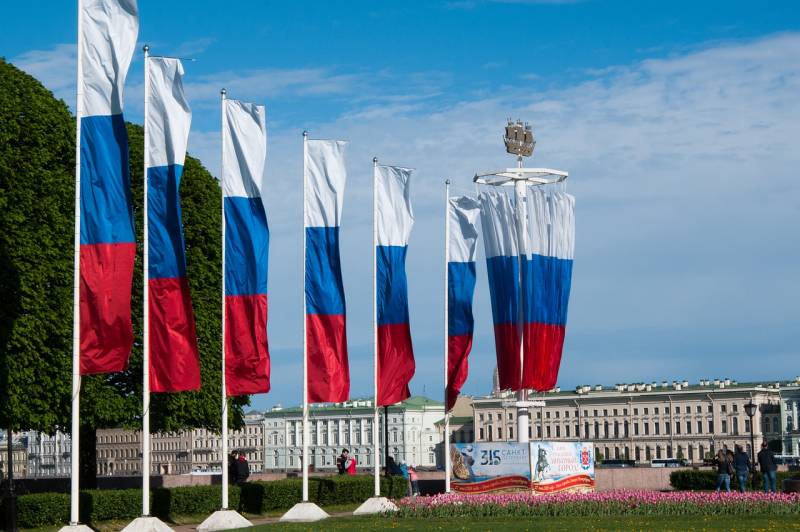 The closer the voting date for amendments to the Constitution of the Russian Federation, the more often I come across the fact that people simply do not know what they are being offered to vote for. Moreover, the campaign for amendments is active, especially in the electronic media. But agitation is practically about nothing. “If you want the country to become better, then be sure to go and vote!”


Thank. I already voted “heart” under Yeltsin. For all the good, against all the bad. And I remember what came of it. Then we came close to the edge of the abyss, at the time of the complete loss of the state. To the civil war. By the collapse of the country into pieces that would simply be unviable. What saved us then? Certainly not our popular vote “by heart” ...

The attitude of our people to the constitution was formed for many decades under the USSR and the new Russia. Any student knew that the constitution is the basic law of the state. But this same schoolboy knew perfectly well something else. The constitution is written to be. And in most cases it will not execute its state. For us, the law is something for violation of which you can rattle in court or get a fine. Nobody will punish the constitution ...

We are accustomed to the fact that the president’s one word spoken live to the governor solves the problems of half a century ago literally in hours or days. We are used to the fact that there is no money to solve any problems in our city or village. But the administration promises to solve the problem "as soon as so right away." We are looking forward to the president’s arrival in our city, knowing that by that time the roads will be repaired (at least along the route of Himself), the facades of houses will be repaired and the city will be decorated with flowerbeds and repaired parks ...

For the majority of the population of Russia, this has become the norm. That’s why some “Baba Dasha” calls on the direct line with the president with the question of fixing the floors in her apartment. Only now the time is changing. At least I hope so. And instead of shouting from the president, the Constitution will finally work for us. A constitution that will truly become the fundamental law of the state. The main thing! The main thing!

How will the life of Russians change with the adoption of the amendments?

Amendments to the Basic Law of the country really should change a lot in the life of an ordinary citizen and the country as a whole. I won’t write about the country today. Just because the global nature of the topic requires separate discussion on this subject. But it’s worth talking about a man, every citizen of Russia. About those amendments that concern us directly. I will try to highlight a few, in my opinion, the main amendments.

Pension benefits and social guarantees to citizens of the Russian Federation

Tell me, are you tired of waiting for old age as a sentence? He became a pensioner - became a beggar, unnecessary and uninteresting. A burden for the family and for the state! A beggarly pension "so as not to starve to death" suits you? Or is it that, in the event of any cataclysm in the state, money is primarily raked from the Pension Fund of the Russian Federation?

So, the amendment to Article 75, paragraphs 6, 7. The solidarity system of contributions to the PF is maintained. But the norm of annual pension compensation is fixed, regardless of the economic situation and market conditions. In addition, all citizens are guaranteed compulsory social insurance, targeted social support, indexation of social benefits and social benefits.

The morality of the state is judged by the attitude of society and government towards the disabled, the elderly, and children. This truth has been known to mankind for a long time. Social benefits, payments, pensions just make life easier for the most vulnerable. Old people and people with disabilities will not count pennies until retirement. But there are also children. More precisely, young families for whom the birth of a child without material assistance from the state turns into a disaster. Amendments to Article 75 just eliminate this monstrous injustice.

Have you ever thought that being an employee today is in some cases humiliating? Business actually pushes employees "into the shadows." "Get a minimum wage, and you will receive the rest in an envelope." It is clear that no one officially recognizes such a "fair distribution of income." But just look at the vacancies in the nearest employment service to understand this.

Agree, it is difficult to find a normal person who will go to work for a salary that is less than the cost of living in the region. And most of the vacancies are just that. Even to pay for travel to work, lunch and utility bills is not enough. And a person needs, sorry, also underwear to buy ...

So, the amendments to article 75 and article 114. The state ensures the growth of the well-being of citizens, guaranteeing a wage of at least the minimum subsistence level for the whole of the Russian Federation. Simply put, regional living wages, which were really ridiculous, are being replaced by all-Russian ones. The minimum wage will now change after the minimum subsistence level in the country (Article 75, paragraph 5).

Why is it important? The banality like “a working person cannot be a beggar” is discarded. This is clear to everyone. But I remember that social benefits, social benefits and other payments are calculated on the basis of the minimum wage. That is, the whole chain of payments to Russian families is being tightened.

The importance of medicine for modern society is recognized by everyone. Today, Russians anywhere in the country are at serious risk of injuries, occupational diseases, and infections by infectious diseases. And it often happens that an injury or illness, which doctors in Moscow, regional centers or specialized clinics could easily handle, leads to the death of a person somewhere in the outback. There are no necessary equipment, doctors, drugs ...

The amendments to Articles 71, 72, 132 just say that medical care in any corner of the country should be approximately the same. It is clear that with the exception of specialized clinics and medical institutes. Particularly complicated cases of the disease are treated there. A person, even in district clinics, should be served in the same way as in Moscow ...

Is this a difficult task? The hardest! But if this requirement is enshrined in the Constitution of the Russian Federation, the task will be solved fairly quickly. By the way, on the day of voting for amendments, the program for modernizing the primary link of medical institutions: polyclinics, hospitals, ambulance stations, feldsher points and other things, starts. Even the distribution of budget places in medical academies this year will change. Up to 75% of such places will be targeted.

One of the most talked about amendments today. Agree that today, in the situation that exists in the world, we just need to protect everything that Russia has stood and is standing on. Protect our morality, our morality, our values. We must protect our children and our values, which hold the state together.

On the one hand, the state does not have the right to intervene in human life, but, on the other hand, the state is obliged to protect the values ​​that hold our society together. The difficulty of this task is that in our society there are many peoples whose customs, lifestyle, traditions differ in their own color. Customs and traditions are passed down from generation to generation and change quite slowly.

But there are fundamental things that are the same for everyone in Russia. First of all, this is a family. Family as a union of man and woman for life together and the birth of children. Today, a young mother “aged” to 29 years. It is at this age that the first-born often appears. But for our families it has become the norm to have two children!

The amendments to articles 67 (paragraph 1), 72, 114 are precisely designed to preserve the family as the basis of society, raising children in accordance with the customs and traditions of the people, spiritual and moral health, as the main social task.

The amendments that I examined in the first part of the material are just a small part of what we have to accept. The volume of the journal article does not allow to contain everything at once. I practically did not touch on such significant moments for every Russian as the protection of the sovereignty of the country, the formation, or rather, the nationalization of our elites, the stability of the country's development and the formation of the stability of power, regardless of the decisions of one person - the president.

Therefore, the conversation about the upcoming vote is not ending ...

Ctrl Enter
Noticed oshЫbku Highlight text and press. Ctrl + Enter
We are
Situational analysis of the death of the MH17 flight (Malaysian Boeing 777), made on the basis of engineering analysis from 15.08.2014Results of the week. “In our cooperative, the board is always agreed”
Military Reviewin Yandex News
Military Reviewin Google News
435 comments
Information
Dear reader, to leave comments on the publication, you must to register.