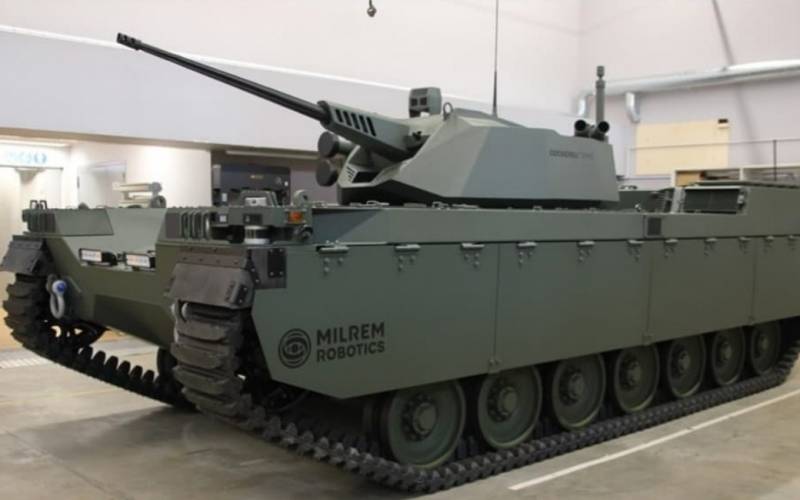 The Estonian company Milrem Robotics posted on Twitter its next photo of the TypeX combat complex. About it writes Defense-blog.


According to the author of the Defense-blog, the new unmanned complex is designed to replace conventional combat vehicles used to transport personnel. This will protect the military, while maintaining the same combat power. Estonian and Swedish engineers are working on the design of the machine.

The official website of the company Milrem Robotics does not talk about the possibility of using an armored complex for transporting soldiers, but focuses only on its participation in the fire cover of units. But the possibility of using TypeX as a transport platform for equipment and the military was previously allowed by Milrem Robotics CEO Kuldar Väärsi.

In the photo published by Milrem Robotics, we see a combat vehicle that looks like a tank. The tower of the combat vehicle is equipped with a 30-mm gun and a 7,62 mm machine gun. In addition, a 30 mm gun can be changed to a 50 mm gun.

The combat vehicle is being developed taking into account the requirements of the armies of several NATO countries, including the United States. By the fall of 2020, the company plans to present a finished prototype.

Lennart Ruuda in the Estonian newspaper Postimees writes that the uniqueness of the new combat complex is due to a combination of three main factors: a hybrid transmission, the ability to work in a fully autonomous mode, and the complete absence of a crew. The latter feature is the most important, since infantry fighting vehicles are still controlled by people, not robots. 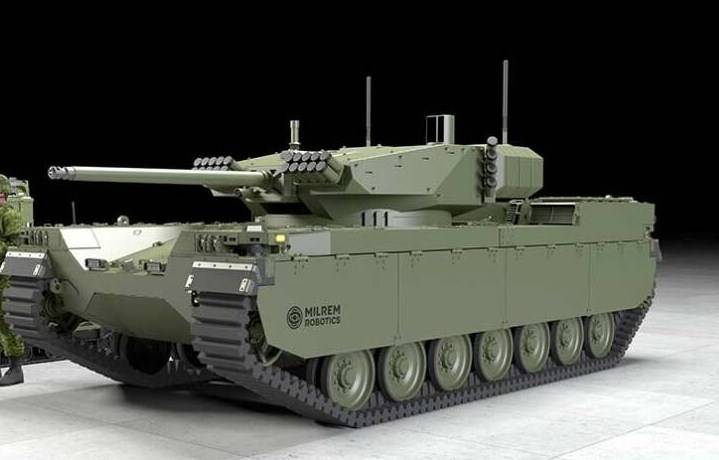 The alleged type of combat vehicle in the previous version
TypeX drone control is not the only advantage. The machine is almost 3 times lighter than the average infantry fighting vehicle, which ensures its greater mobility, including accessibility for transportation by plane. TypeX also has a lower profile, which reduces the possibility of its detection by the enemy in the field. As for weapons, the complex is equipped with a module with a bicaliber 30/55-mm gun.

Recall that Milrem Robotics is a well-known company in the world of military industry. At the moment, the most “hyped” product of the company is the THeMIS ground tracked trackless complex, which is in service with a number of states, including France. The French armed forces used THeMIS during the fighting against terrorists in Mali.

The successful operating experience of THeMIS significantly increased the credibility of Milrem Robotics in the European arms market. The growing demand for products led the company to the idea of ​​proposing a new technical solution - a crewless combat vehicle, which in the future could completely replace traditional infantry fighting vehicles. 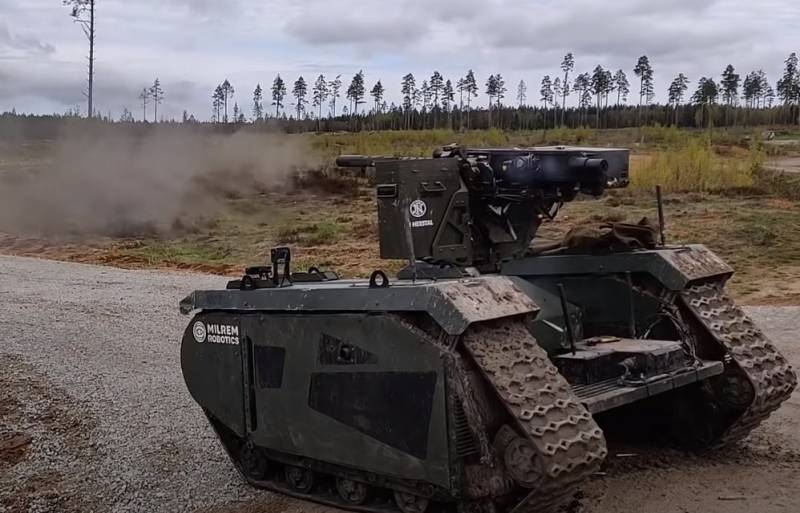 Ground crewless THeMIS complex
The director general of Milrem Robotics, Kuldar Väärsi, as already noted, expressed his confidence that in the foreseeable future the demand for robotics in the military sphere will only grow, which will allow less and less military personnel to be involved in dangerous missions.

In addition to the Estonian army, the armed forces of many other European countries will become potential customers of the new combat complex. True, because of the coronavirus pandemic, expectations about Italy and Spain may not come true, as these countries have suffered the most in Europe and are now unlikely to be able to lay out impressive amounts for new models of weapons and military equipment.