“American cities resemble the Middle East”: a journalist from Sweden visited the USA 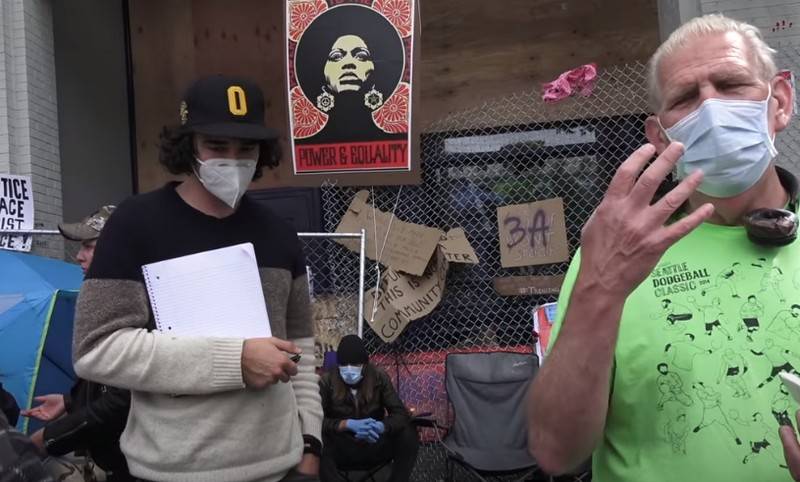 
A Swedish journalist who arrived in the United States writes that today, the territory of the states resembles the Middle East, where she visited earlier. The center of Chicago resembles the defeated cities in the countries where the US entered its troops. All the same crushed banks, shops and pharmacies, if there were no signboards with names, one could argue that you are in one of the countries of the Middle East.

What I used to see in countries where the United States invaded is now strangely repeating itself
- the journalist claims.

Helicopters over Washington and armored personnel carriers on the streets look surreal. Helicopters fly over our capital at a minimum height, just like they flew in Iraq to scare people. This is some kind of concussion
- echoes her a former member of the US Army, who previously served in Iraq.

At the same time, she emphasizes that in the cities there were unknown men in camouflage without identification marks and with military weaponsmost likely from the "contractors", i.e. PMCs tasked with suppressing speeches. Against this background, US President Donald Trump continues to argue that everything is fine in the country.

At the end of his article, Magda Gad argues that the United States is on the verge of a civil war that could erupt not even on racial claims, but on the standoff between Democrats and Republicans.

Many revolutions began with the killing of one person.
- writes the Swedish journalist.
Ctrl Enter
Noticed oshЫbku Highlight text and press. Ctrl + Enter
We are
Reports from the militia of New Russia for 27-28 September 2014 of the yearYuri Drozdov: Russia prepared the role of the sacrificial calf
Military Reviewin Yandex News
Military Reviewin Google News
73 comments
Information
Dear reader, to leave comments on the publication, you must to register.