Rocket on a leash. IDAS anti-aircraft system for submarines 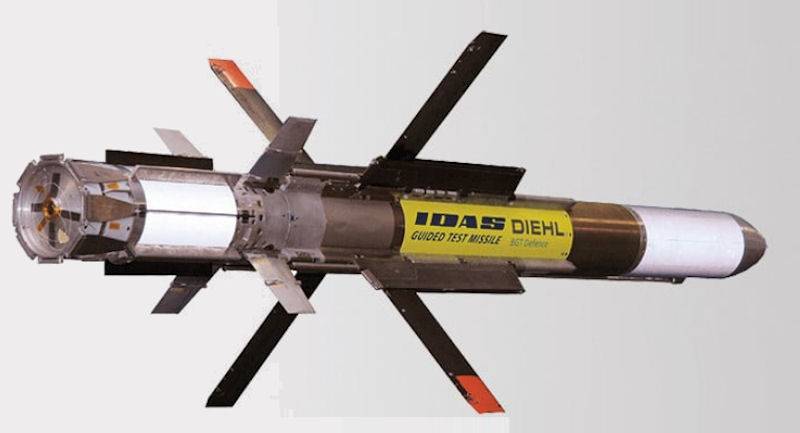 There is nothing new in the concept of destroying an air enemy from a submarine: artillery guns were able to do this even on submarines of World War II. However, for obvious reasons, it is easier for a submarine not to get involved with enemy aircraft at all and to go to the depths. The appearance of anti-submarine aviation It seriously complicated the situation, especially for helicopters with their ubiquitous sonar buoys. The most obvious countermeasure is a preemptive missile strike. One of the first air defense systems on the submarines put the British.

Blowpipe SLAM (Submarine-Launched Air Missiles). Source: thedrive.com
In 1972, four submarine-launched air missiles (SLMs) mounted on a retractable mast appeared on the HMS Aeneas submarine. The Israelis later installed the same air defense system on one of their submarines. The effectiveness of such systems for underwater fleet somewhat controversial: after all, a submarine has to surface for an attack, exposing itself to attack by both aircraft and surface ships. But in any case, it is better than artillery guns. 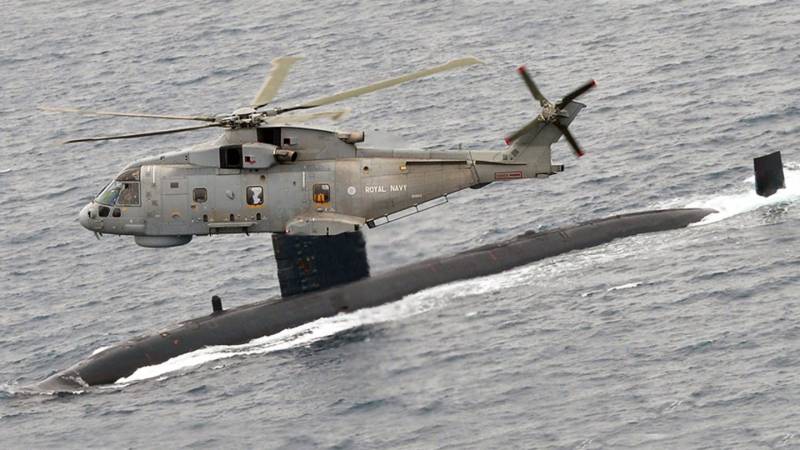 Source: thedrive.com
An interesting idea is proposed by the French with the A3SM system (Mica SAM) from DCNS. The system is based on a fairly widespread MICA air-to-air missile in NATO countries with a range of up to 20 km and a mass of 112 kilograms. MICA is mounted inside the torpedo hull and, accordingly, does not require special rearrangement of the interior of the submarine. Operators from underwater position (depth of more than 100 meters) track the appearance of sonar buoys of hunting helicopters and launch a torpedo-anti-aircraft missile nesting doll in the direction of the threat. Approaching the zone of the alleged hovering of the helicopter, a torpedo jumps out, and a rocket is already starting from it. According to a similar scheme of the submarine, the Exocet SM39 anti-ship missiles are launched, so there are no fundamental difficulties. Guidance anti-aircraft MICA - automatic thermal imaging. The French from DCNS, in addition to an expensive missile launched from an underwater position, offer the installation of an Mistral air defense system for the submarine’s cabin. The system is similar to the British Blowpipe SLAM and works only from the surface. 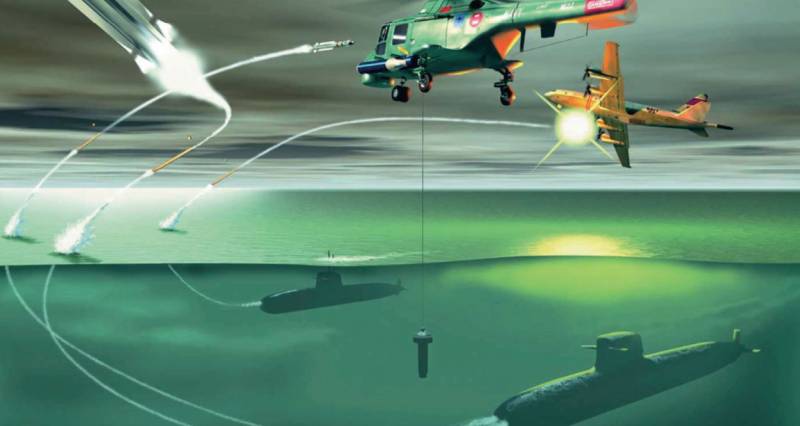 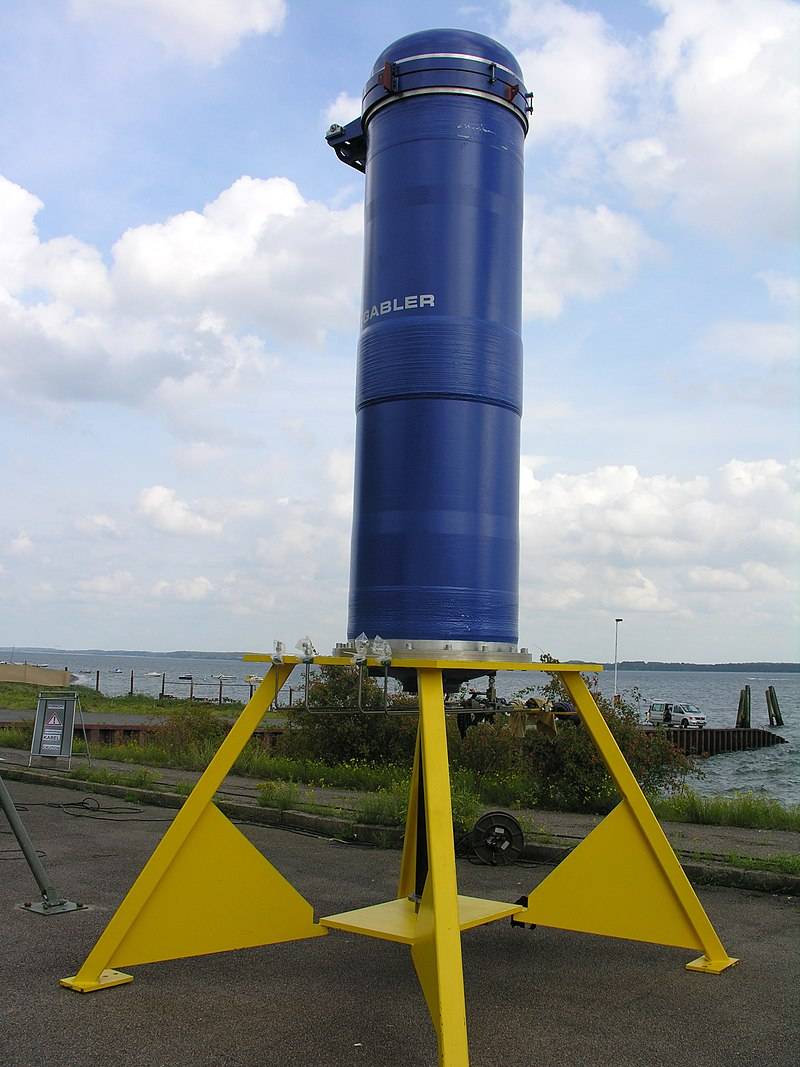 Retractable submarine module for recoilless guns Mauser RMK 30. Source: en.wikipedia.org
Conventionally, to combat air targets, you can use the German recoilless remote-controlled gun Mauser RMK 30 with a caliber of 30 mm. The effective firing range reaches 3 km, which allows in particularly successful situations to attack enemy helicopters that hang. Ammunition included high-explosive fragmentation, high-explosive fragmentation incendiary and armor-piercing ammunition. Target designation is carried out using a periscope and a radar station. In 2008, the installation was demonstrated as part of a MURAENA retractable mast with a height of 3 meters and a diameter of 0,8 meters. Later, the Mauser RMK 30 was mounted inside the TRIPLE-M multi-function container, which can also store underwater drones. Initially, the Germans planned to deploy guns on submarines of projects 212A and 212B to combat asymmetric threats (pirates, martyrs' boats and small-sized missile boats). For the same series of submarines, the German industry supplies perhaps the most modern serial system for combating an air enemy - the IDAS missile system.

From the depths of the sea

The IDAS (Interactive Defense and Attack System for Submarines) anti-aircraft missile was developed by the German Diehl Defense and Howaldtswerke-Deutsche Werft GmbH with the participation of the Norwegian Kongsberg. The rocket was tested for the first time in 2008 on a Norwegian Ula-class submarine. Weapon It belongs to the class of conditionally multi-purpose and, if necessary, can be used not only against hunting helicopters, but also on surface ships of small displacement, boats, and even on small coastal targets. The Germans suggest using IDAS as a weapon of support for special operations units. The system is not developed from scratch and is a deep modernization of the IRIS-T air-to-air missile in subsonic design. The length of the rocket is 2,5 meters, the diameter of the hull is 0,8 meters, the launch weight is 120 kilograms, the maximum launch depth is 20 meters, the maximum firing range is 20 kilometers and the maximum speed is 240 m / s. Each IDAS is equipped with a 20 kilogram warhead and is used for targets from a transport and launch container weighing 1700 kilograms (each with four missiles), mounted in a 533-mm submarine torpedo tube. The start is carried out by ejection from the container using a hydraulically controlled piston. Missiles start from a water-flooded container, and there is no air discharge from the torpedo tube, that is, there is no unmasking sign by which the helicopter can detect and attack the submarine. Then, after the rocket leaves the torpedo tube, the steering wheels and wings are opened, the control system is turned on and the starting engine is started. A three-mode solid-fuel engine is used as a power plant. The IDAS rocket, according to the developers, takes about a minute to reach the surface, launch the marching power plant and gain the necessary height. Then, search and recognition of the target occurs if the missile is guided in automatic mode by a predetermined target, or if it is turned onto the target by the command of the submarine operator via fiber optic cable. At the end of the flight path, the rocket is put into planning mode. Preliminary preparation of the IDAS inertial guidance system is carried out by the submarine navigation equipment. In the early stages of system development, there were plans to install a cooled thermal imager on a rocket (from the original IRIS-T), but the high cost of the unit did not allow this. Still, the weapons are positioned as multi-purpose, and the expenditure of expensive equipment on some drone or a fortified coastal point would be inappropriate. 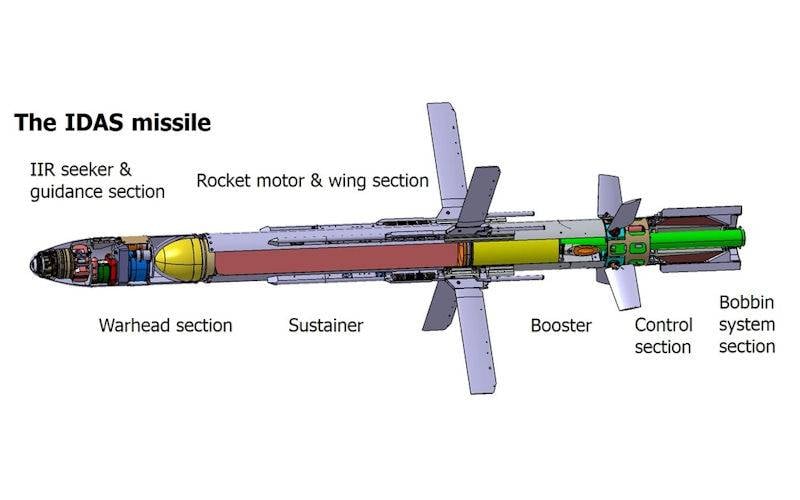 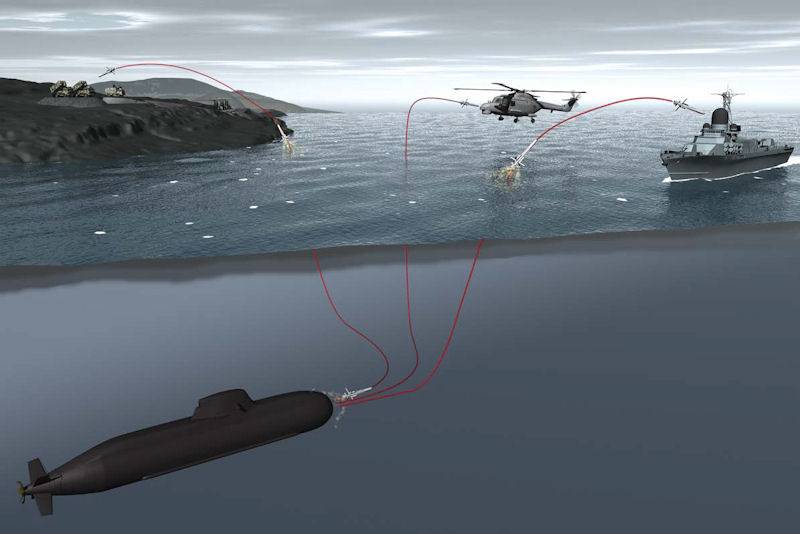 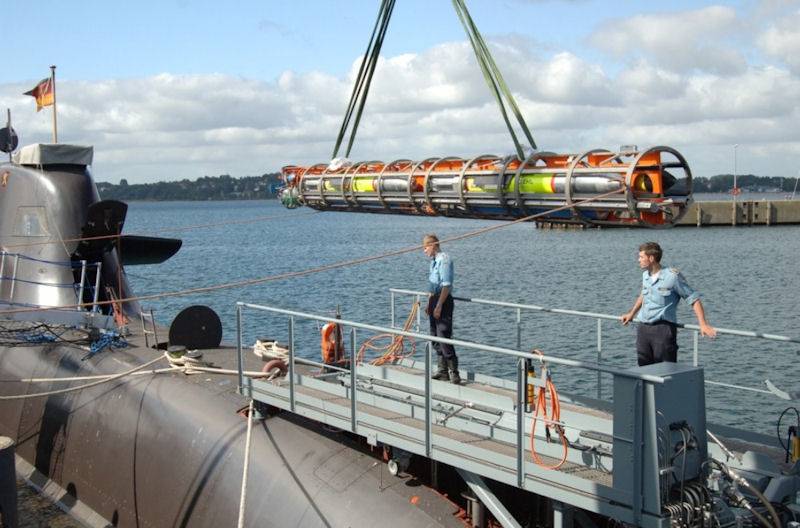 Air defense complex IDAS. Source: globalsecurity.org
A fiber-optic guidance line, paired with sonar submarines, allows you to confidently intercept anti-submarine helicopters. In addition, the fiber-optic communication and control channel provides higher reliability and accuracy of firing, allows you to identify the target and evaluate the tactical situation by transmitting a digital image from the missile finder to the weapon control panel. Four coils with fiber optic cable are used for each rocket to transmit control commands and receive data from the rocket chamber. One coil is located in the launch container, two are on a special compensation float that remains on the water surface when the rocket leaves the water, another coil is located in the tail of the rocket. The probable circular deflection of a rocket controlled by an operator through an optical communication channel is about 0,5-1 meters. There is the possibility of simultaneously launching two IDAS missiles, which increases the likelihood of hitting a hovering helicopter to 0,85-0,9. In the future, engineers plan to detect an enemy helicopter before it drops a buoy into the water. To do this, they will adapt the hydroacoustic system of the submarine to search on the water surface for the wave effect from the rotor of the helicopter. The launch of anti-aircraft missiles is carried out from a horizontal position, which creates difficulties when attacking objects directly above the submarine. Future-generation German submarines (projects 214 and 216) will be equipped with IDAS vertical launch units. 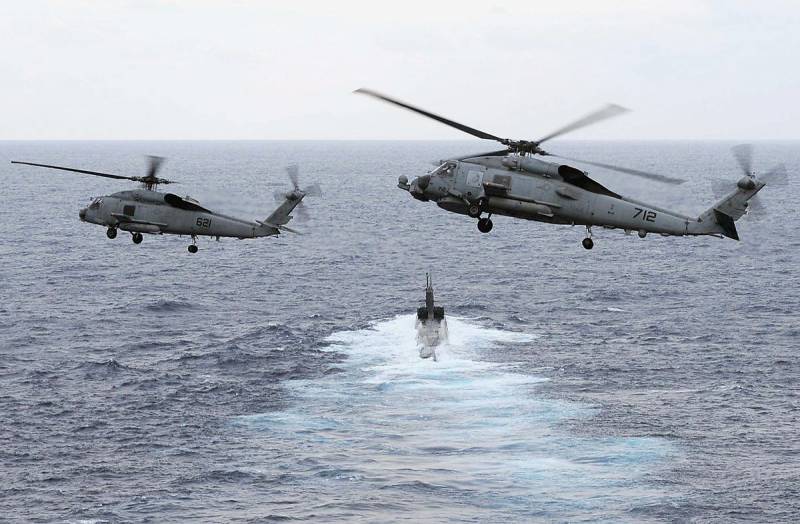 Source: thedrive.com
IDAS is currently a serial installation, but not unique. In the mid-2000s, the U.S. tested the launch from the underwater position of the AIM-9X Sidewinder anti-aircraft missile, developed by Raytheon. At the moment, there is no exact information about the development of such American air defense for submarines, but it is possible that missiles are mounted on nuclear missile carriers.