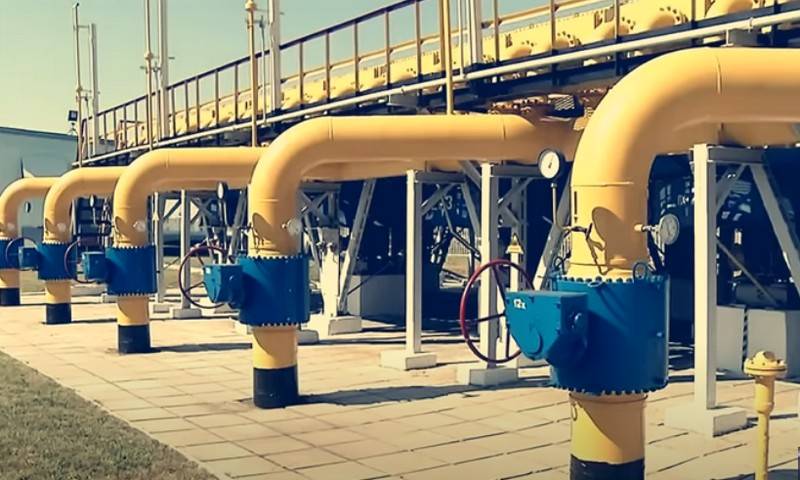 Ukraine accused the Russian company Gazprom of starting to dismantle the pipes of a gas pipeline designed to transit Russian gas through Ukrainian territory. This statement was made by the head of the Ukrainian GTS Sergey Makogon.

Gazprom began to dismantle pipes on its territory through which gas is delivered to the border with Ukraine - this is a problem, but we cannot particularly influence it
- said in a statement made by Macagon Ukrainian media.

At the same time, he emphasized that Ukraine does not refuse to transit Russian gas, the Russian company itself refuses to supply gas through Ukrainian territory. According to Makagon, in the event Gazprom completely refuses to transit, the Ukrainian gas transportation system will only have to work on the domestic market.

Earlier in Kiev, it was stated that since the beginning of the year, transit of Russian gas through the Ukrainian gas transportation system has decreased by 46%, which indicates a decline in revenue.

At the end of 2019, Moscow and Kiev signed a contract for gas transit through the Ukrainian GTS. According to the agreement concluded for a period of five years, Gazprom is obliged to pump 65 billion cubic meters of gas through Ukraine in 2020, and over the next four years - 40 billion cubic meters of gas.
Ctrl Enter
Noticed oshЫbku Highlight text and press. Ctrl + Enter
We are
Reports from the militia of New Russia for 27-28 September 2014 of the yearDecember 2010 years. Russian March. Senseless and merciless? Notes not a Russian person
Military Reviewin Yandex News
Military Reviewin Google News
112 comments
Information
Dear reader, to leave comments on the publication, you must sign in.