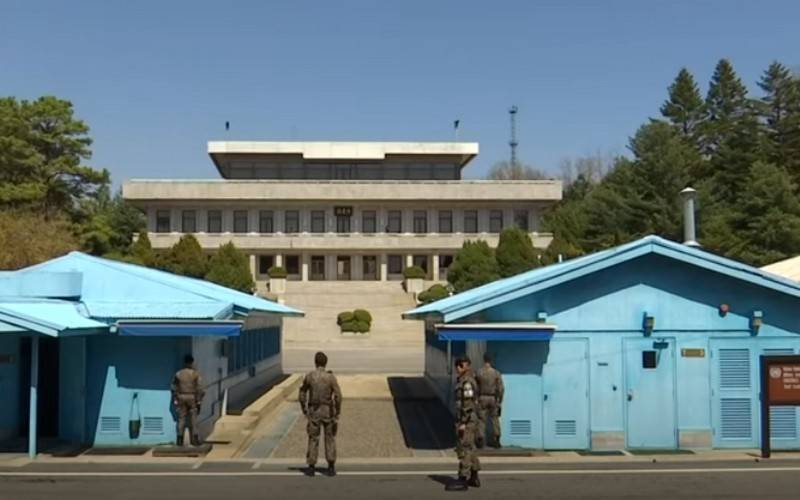 The Armed Forces of South Korea are on high alert due to reports of the North Korean military undermining the inter-Korean communications office in Keson City. It is reported news Yonhap agency.

DPRK at 14:49 local time (08:49 Moscow time) carried out the bombing of the building of the inter-Korean communications office in Queson
- said in a statement.

According to the publication, there is a column of smoke from the border town of Kaesong, before that, the sounds of explosions were heard. South Korean military intensified surveillance of the North Korean side.

As previously reported, on Monday Pyongyang warned Seoul of its intention to return the troops to the positions they left after the previous inter-Korean talks and the agreements reached. In addition, a certain "act of retaliation" was announced, which is being prepared by the DPRK military in response to the distribution of campaign leaflets that insulted the top leadership of North Korea.

Ctrl Enter
Noticed oshЫbku Highlight text and press. Ctrl + Enter
We are
Reports from Strelkov Igor Ivanovich 19-20 July 2014 of the yearThe situation in the south-east of Ukraine. Chronicle of events. 3 May
Military Reviewin Yandex News
Military Reviewin Google News
53 comments
Information
Dear reader, to leave comments on the publication, you must sign in.