“Germans defeated near Prokhorovka”: British historian denied the victory of the Soviet army 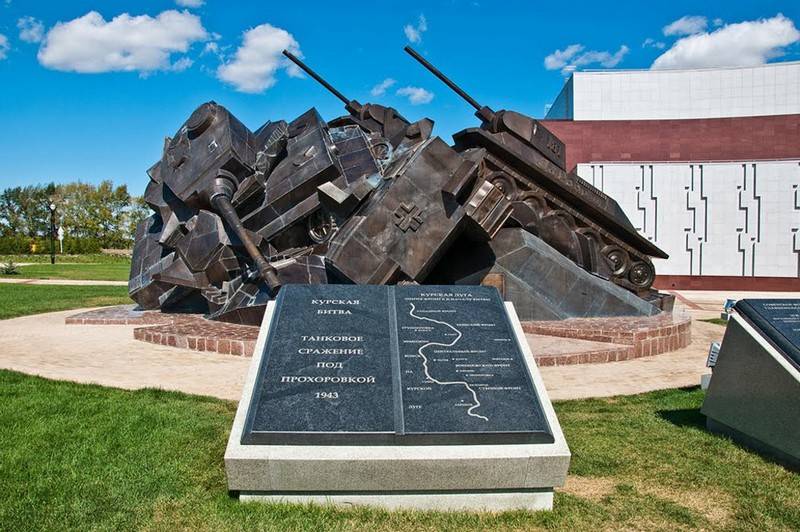 Statements by Soviet and Russian historians about the battle of Prokhorovka when two elite were destroyed tank German Army divisions are a lie. This conclusion was made by the British military historian, writes The Times.


According to the author of an article published in a British publication, a military historian from Great Britain, having done a great job, traced the fate of every German combat vehicle that took part in the battle of Prokhorovka. He "destroyed the myth" that "the Russians destroyed two elite SS tank divisions", in fact, German tankers irretrievably lost only five tanks.

Archival evidence proves that all but five German tanks survived and were destroyed only in the following months
- says the British historian.

This study is supported by another British specialist in modern stories by the name of Adam Ace, who also claims that about 200 tanks of the German army "inflicted tremendous damage" on the Russian tank army. It is alleged that the Russian forces exceeded the German three times.

Thus, British historians, relying on a detailed analysis of the documents of the German army captured by the Americans during the war, refute Russian and Soviet studies, which claimed that two German tank divisions were practically destroyed in the battles near Prokhorovka.

Wehrmacht logistics officers kept detailed documentation for each tank, self-propelled artillery mount and anti-tank gun, which could be identified by chassis numbers, which allowed (...) to restore the "fate" of every German combat vehicle from 1943 to beginning of 1944
- writes the edition.

This article caused a mixed reaction in Britain itself. Here are a few comments from readers:

Mrs m
What? Does a socialist government deceive its own people and the whole world? How is this possible?

The losses and victims of Russia in World War II were huge. They are rightly proud and remember it as the Great Patriotic War. They don’t need to falsify history, the truth speaks for itself. But it was Stalinist communist Russia, and this regime was characterized by falsehood and distortion of reality. And still - under Putin
Maximus

Lying to the Russian authorities is a way of life, as in China
Simon hewitt

The Soviet Union, with all its shortcomings, suffered huge casualties during World War II, when more than 20 million people died. Cases of Soviet propaganda, such as this tank battle, are possible, but one cannot ignore the fact that they defeated the most powerful army in history and reached Berlin, ending the war. Without this sacrifice, and sometimes without brilliant tactics, the war in the West would have gone on much longer and with greater human casualties
Roy greenwood

Thank you for clarifying the historical information. I always had the impression that the largest tank battle in history was near Kursk, when 2000 Soviet and German tanks took part. The Soviets won, in part thanks to intelligence provided by the British. Apparently, these data were so accurate that the commanders of the Soviet tank armies knew about the German plan earlier than the commanders of the German tank armies
Simon Adams

Ctrl Enter
Noticed a mistake Highlight text and press. Ctrl + Enter
We are
Reports from the militia of New Russia for 27-28 September 2014 of the yearYuri Drozdov: Russia prepared the role of the sacrificial calf
310 comments
Information
Dear reader, to leave comments on the publication, you must to register.