“Syrian Wall” and “Carousel”: Polish media about a new style of battle for Russian tanks 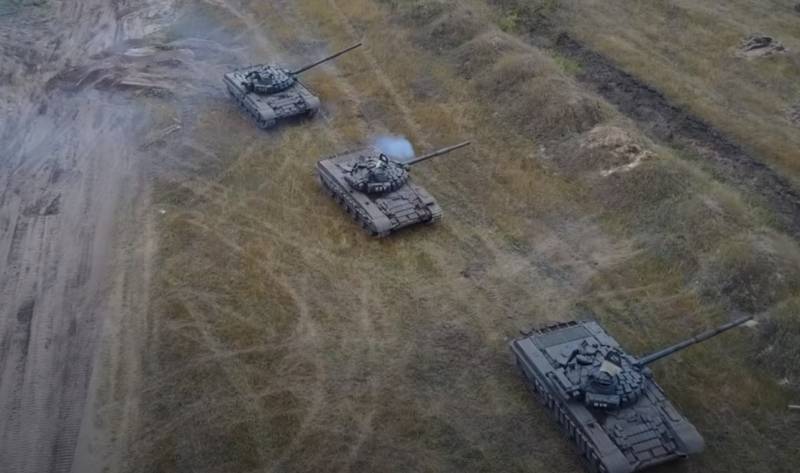 The Russian army is undergoing a deepening transformation, undergoing a multifaceted and phased process of modernization. These changes are reflected, inter alia, in the tactics of warfare, since the Russian army has a Syrian bridgehead for practicing new techniques.

The Polish edition of Defense24 drew attention to the development of a number of tactics used by the military from the Russian Federation.

Along with this, the tactics of supporting ground units with fire from tank guns. As a result, MBT, capable of firing at a distance of up to 12 km, began to be used as mobile artillery. Thus, the OF-128 projectile, created as part of the Telnik ROC, strikes an area of ​​41 square meters. m.

Having gained experience in fighting in the Chechen campaign, Russian tankers have added to their arsenal of "carousel" techniques. It implies the constant change of MBT in the firing position: while one vehicle is firing, the other is preparing for it. The high density of fire created in this way is able to mislead the enemy about the true number of barrels in the opposing forces. At the same time, the ZSU-24-2 or Tunguska anti-aircraft systems are used to cover the tanks participating in the "carousel" in the city, firing at ground targets.

Another tactical novelty, according to Defense24, is the “Syrian rampart”, combining massive fire and active maneuvering. Tanks or other combat vehicles move one after another at distances from 20 to 100 meters, firing at a particular sector. It is important to ensure that vehicles are covered from the flanks from anti-tank weapons. This technique allows you to effectively crack wedges of the enemy’s defense in several places and go deep into enemy positions.

A technique was developed in which the tank fires from two positions - the main and the spare. On each of them MBT does not linger longer than 3-5 seconds. The main goal is to provoke the enemy to open fire, which allows you to detect enemy firing points and find out the strength of the enemy.

According to the Polish publication, the listed tactical innovations are evidence that "the Russian army is striving for a dynamic manner of warfare."

Ctrl Enter
Noticed oshЫbku Highlight text and press. Ctrl + Enter
We are
In search of available accuracy. New developments in the field of large-caliber ammunitionIn the upcoming 4-year period, sales of new MBTs will be more than 1,5 thousand units. worth 9 billion dollars
Military Reviewin Yandex News
Military Reviewin Google News
64 comments
Information
Dear reader, to leave comments on the publication, you must sign in.