“This is a unique submarine cruiser”: what are the features of the Prince Vladimir submarine 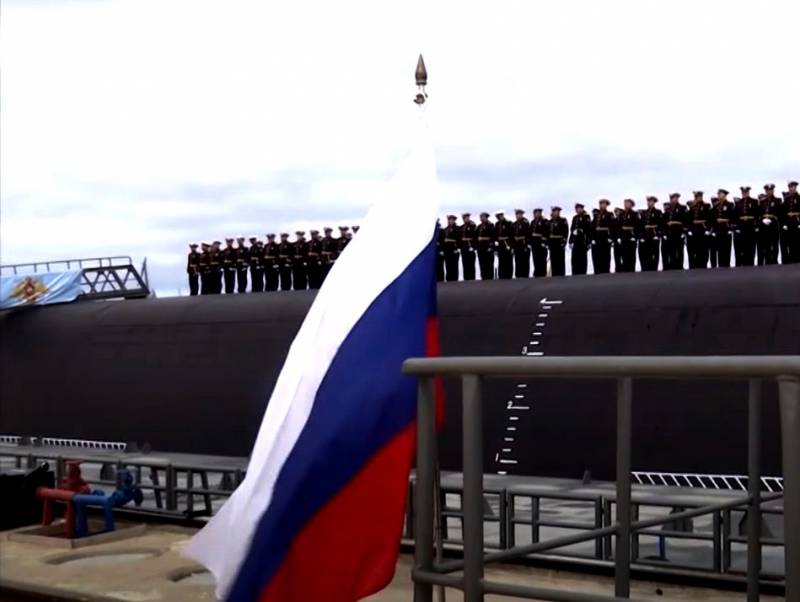 June 12, 2020, on the Day of Russia, as part of the Naval fleet The Russian Federation officially adopted the submarine missile cruiser Prince Vladimir. The strategic submarine, without exaggeration, can be called a unique submarine.

Main technical and tactical advantages of the submarine

The nuclear submarine “Prince Vladimir” was built according to the project 955A “Borey-A” and named after Prince Vladimir, at which the baptism of Russia took place. They built the boat for a long time: back in 2009, work began on the creation of the hull of the submarine, but the official ceremony of laying the boat took place on July 30, 2012 with the participation of Russian President Vladimir Putin. On November 17, 2017, “Prince Vladimir” was launched and now, three years later, it has been accepted into the Navy, and more specifically, the Russian Northern Fleet.

The submarine missile cruiser Prince Vladimir is the fourth nuclear submarine of the Borey project. It is clear that with each new ship there is a certain improvement due to the introduction of technologies that do not stand still. Thus, the undoubted advantages of the Prince Vladimir submarine include good maneuverability, an effective weapon control system and, which is very important for a submarine, low noise. The boat can dive to a depth of 400 meters, and autonomous navigation continue for three months.

Given these specifications, detect submarine ships and anti-submarine aviation the enemy will not succeed so easily. Low noise, specific contours of the hull, low level of physical fields and maneuverability make the movements of the underwater cruiser more secretive, which, in turn, helps to quietly reach the desired position and launch missiles. 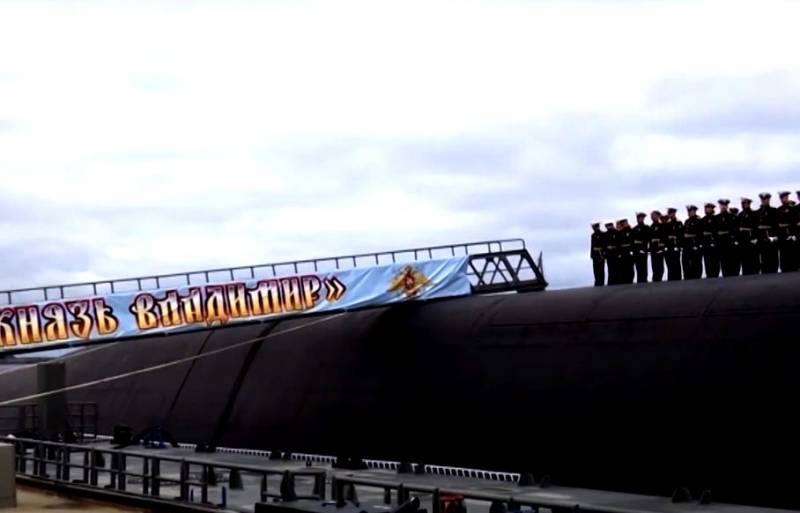 The crew of the submarine, despite its impressive dimensions, is only 107 people. However, it will not be difficult for them to control the cruiser (at least that is what the command believes): the “Prince Vladimir” has an on-board information control automated system that significantly facilitates the performance of any tasks in the field of control of a submarine.


Separately, it is worth mentioning the armament of "Prince Vladimir". It includes 6 533 mm caliber torpedo tubes and 16 Bulava ballistic missiles. The latter, in turn, carry 6 individually guided nuclear warheads each, can hit a target at a distance of 10 thousand kilometers with a probable deviation of only 120-350 meters. For the enemy, missile attacks will be a complete surprise.

We don’t compare it with foreign models at all, foreign models don’t have this, it’s a unique cruiser, the next submarine cruiser will be serial, there will be a lot of them,
- Admiral Nikolai Evmenov, Commander-in-Chief of the Russian Navy, said in an interview with NTV. There is no doubt that the commander in chief, who served thirty years in the submarine fleet of Russia, can be trusted.

The appearance of the submarine cruiser Prince Vladimir as part of the Northern Fleet will significantly strengthen Russia's defense capabilities on our northern borders. Moreover, the submarine has to solve important tasks not only in the Arctic, but also anywhere in the world where it can be sent by decision of a higher command.

Ctrl Enter
Noticed oshЫbku Highlight text and press. Ctrl + Enter
We are
Opinion: Why nuclear submarines of the 705 project were not needed by the fleetList of destroyed the largest and most high-tech enterprises
Military Reviewin Yandex News
Military Reviewin Google News
25 comments
Information
Dear reader, to leave comments on the publication, you must to register.