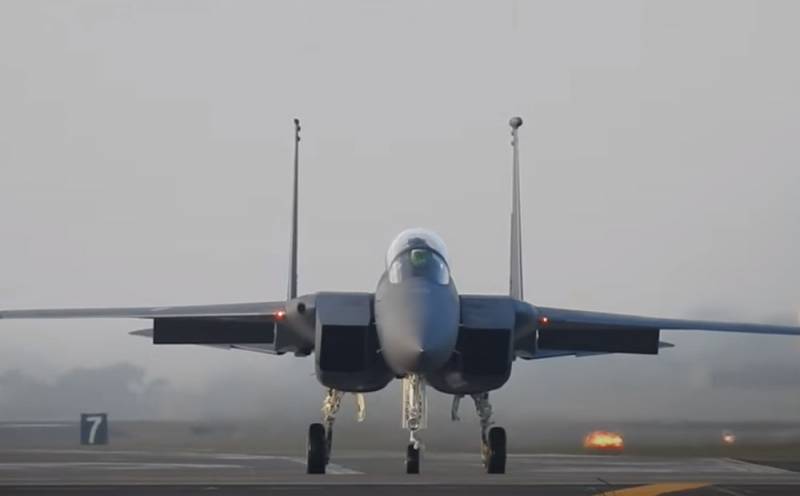 The second news of the crash of a military plane in a day. Initially, it was reported that a British-made Hawk 200 attack aircraft of the Indonesian Air Force fell on residential areas of the island of Sumatra. An F-15 fighter jet is now reported to have crashed at sea off the coast of Great Britain.


We are talking about a US Air Force aircraft, which, according to the latest data, belonged to the 48th Fighter Regiment of the United States. Reports indicate that an American combat aircraft crashed into the North Sea at approximately 11:40 am Moscow time.

The pilot judge has not been announced at this time. As there is no data on the probable causes of the plane crash into the sea.

According to the latest information, the military board stopped communicating about a hundred kilometers from the coast of Yorkshire. Coast Guard helicopters and several ships were sent to the alleged crash site. However, data on the detection of the aircraft and the pilot were not reported for this minute.
Ctrl Enter
Noticed oshЫbku Highlight text and press. Ctrl + Enter
We are
Reports from Strelkov Igor Ivanovich 18-19 July 2014 of the yearThe situation in the south-east of Ukraine. Chronicle of events. 3 May
Military Reviewin Yandex News
Military Reviewin Google News
105 comments
Information
Dear reader, to leave comments on the publication, you must to register.