Head of the Ministry of Defense of Ukraine: We need ships with missile weapons to meet NATO standards 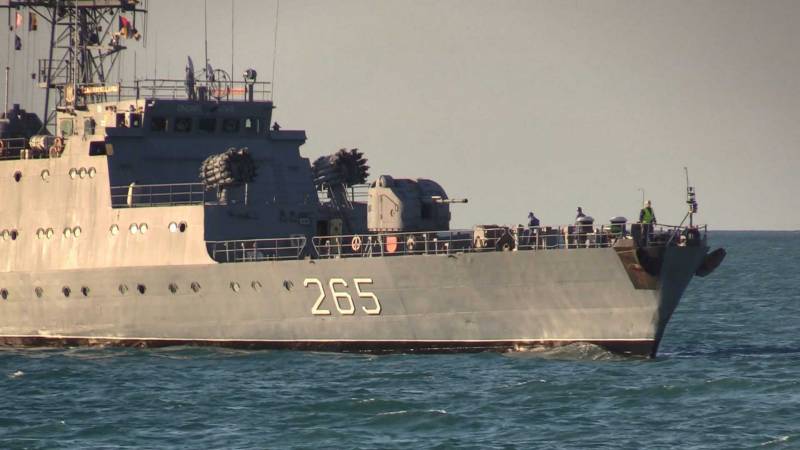 The Ministry of Defense of Ukraine announced negotiations on reformatting the naval forces of Ukraine to the NATO standard.


The Minister of Defense of Ukraine Andriy Taran announced negotiations during the ceremony of introducing the new commander-in-chief of the Navy to the personnel of the military base in Odessa. Recall that a few days earlier, the decree on the appointment of a new commander-in-chief of the naval forces of Ukraine was signed by President Vladimir Zelensky. The Commander-in-Chief, as already reported by Military Review, Rear Admiral Alexei Neizhpap was appointed. And his predecessor, Igor Voronchenko, received a new post - the chief inspector of the Ministry of Defense of Ukraine.

According to Taran, the Navy should develop in three main areas, agreed with the president of the country. Firstly, the need to provide modern naval personnel with missile weapons, marine aviation, means of electronic warfare. Taran also included the development of coastal infrastructure in the same component. Secondly, this is the creation of a new system for reconnaissance and monitoring of the situation in the near sea zone, and systems for monitoring the underwater situation. Thirdly, the Minister of Defense of that country called the developed system of naval bases on two seas, the Azov and the Black, the NATO standard, which Ukraine is striving for.

The Minister of Defense of Ukraine said that all these issues are being discussed with foreign partners. According to Andrei Taran, he was negotiating compliance fleet Ukraine's standards for the North Atlantic Alliance during its visits to Germany and France.

About at whose expense the Ministry of Defense of Ukraine is going to renew the fleet with new ships with missile weapons and electronic warfare, Andriy Taran did not inform the audience.

Ctrl Enter
Noticed oshЫbku Highlight text and press. Ctrl + Enter
We are
Odessa, 2 May. We remember and remember ...Reports from the militia of New Russia for 27-28 September 2014 of the year
Military Reviewin Yandex News
Military Reviewin Google News
94 comments
Information
Dear reader, to leave comments on the publication, you must to register.