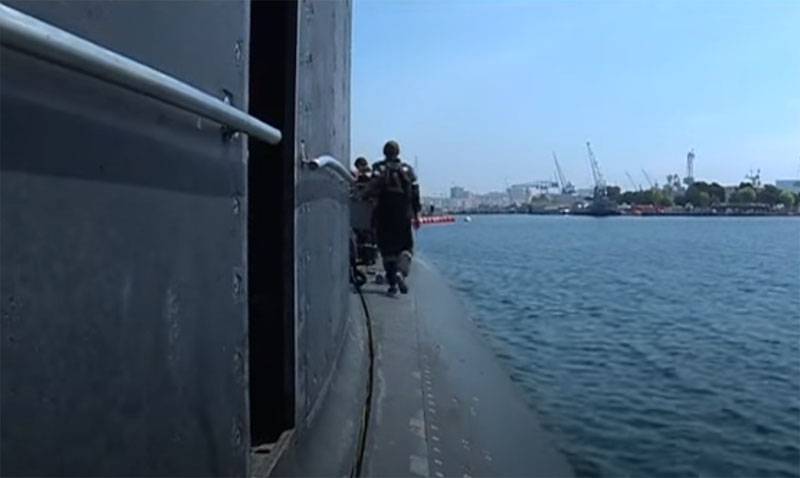 In France, a maintenance nuclear submarine caught fire. A fire broke out at a submarine moored at a naval base in French Toulon, according to the Mediterranean Sea Prefecture.


According to data published by local media, the incident occurred on the Perle nuclear submarine, belonging to the class "Ryubi" (Rubis). The submarine has been under maintenance since January of this year, the fire could be caused by work being carried out on it. It is emphasized that at the time of the fire, there were no weapons or batteries on board the submarine.

The smoke from a fire at Perle is not radioactive. There is no nuclear fuel on board. We remind you that throughout France there are sensors that record all the anomalies associated with the level of radioactive elements
- stated in the prefecture.

It is clarified that not only local fire brigades arrived to fight the fire aboard the submarine, but Marcel also helped, which can indicate the power of fire. There is currently no information about the victims.

The maximum underwater speed is 25 knots, the working immersion depth is 300 m, the maximum is 500 meters, the autonomy is 60 days, the crew of 68 people, including eight officers.

Armament: four 533-mm bow torpedo tubes, anti-ship missiles SM-39 "Exoset", torpedoes F-17 mod. 2, mines FG-29.
Ctrl Enter
Noticed oshЫbku Highlight text and press. Ctrl + Enter
We are
Reports from the militia of New Russia for 27-28 September 2014 of the yearMedia: For half a month there was a second emergency with a submarine in the Northern Fleet
33 comments
Information
Dear reader, to leave comments on the publication, you must to register.