Participants in the Victory Parade from other states became known. 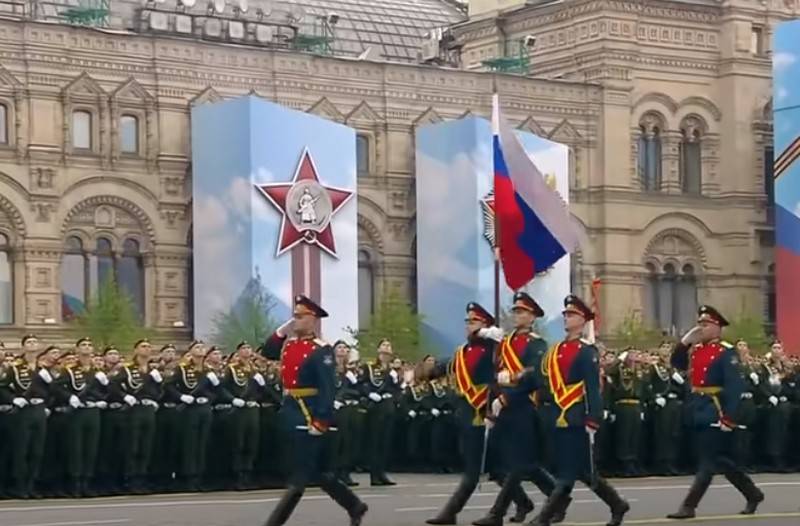 A consolidated company of the Tajik armed forces arrived in Russia to participate in a military parade dedicated to the 75th anniversary of Victory in the Great Patriotic War. This was reported by the press service of the Ministry of Defense of the republic.


According to the representative of the press center of the Ministry of Defense of Tajikistan Faridun Mahmadalizod, a consolidated company of 75 troops arrived from Tajikistan to participate in the parade. The military was delivered by a military transport aircraft of the Russian Aerospace Forces.

The parade from Tajikistan, which included 75 troops of the country (...) delivered to Moscow by military transport aircraft of the Russian Ministry of Defense. Tomorrow, they, along with other participants in the ceremony, will begin preparations for the parade. The command of the Republic’s parade force is the commander of the battalion of the guard of honor of the General Staff, Lt. Col. Hafizzoda Fayzimuhammad
- said in a statement.

For our part, we note that in addition to the Tajik military, the Ministries of Defense of Serbia and Belarus confirmed their participation in the parade. From previously published information, it became known that Serbia has already sent 75 guardsmen to Russia to participate in the parade. The country's defense minister, Alexander Vulin, said on this occasion that Serbia is a free country and chooses friends on its own, despite the pressure of the collective West.

Also, a consolidated company of the guard of honor to participate in the parade will provide Belarus. As it became known, the Ministry of Defense of the Republic of Belarus plans to send 75 troops to Russia, the departure is scheduled for June 15.

There is also a high probability that Chinese troops will arrive to participate in the parade. At least, the Chinese newspaper Huanqiu Shibao reported this possibility on June 4. According to the publication, Beijing is considering sending a guard of honor to the People’s Liberation Army of the country to Moscow. The Chinese Foreign Ministry supports this decision.

Thus, it can be stated that at the parade in honor of the 75th anniversary of the Great Victory, not only columns of the Russian military will be held on the Red Square of Moscow, but military personnel of other states will also be represented. The final list of participants in the parade has not yet been approved; changes are possible.
Ctrl Enter
Noticed oshЫbku Highlight text and press. Ctrl + Enter
We are
Reports from the militia of New Russia for 27-28 September 2014 of the yearThe Tajik Air Force revealed two strategic bomber Tu-95
Military Reviewin Yandex News
Military Reviewin Google News
80 comments
Information
Dear reader, to leave comments on the publication, you must to register.