"The whole people have fun and rejoice." On public holidays of the Russian Empire 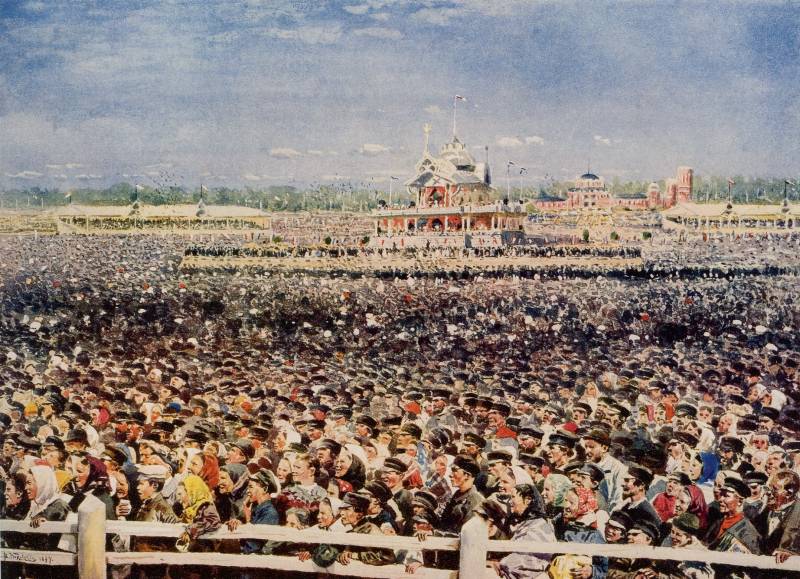 Today, someone in our country believes that Russians rest too much and often. Someone, on the contrary, declares that there could be more “red days” in the calendar. In such cases, supporters of both approaches, as a rule, resort to comparisons: how was this before? And if the number of holidays of Soviet times is still alive in the memory of many compatriots, then regarding the events that took place before 1917, there is much less clarity. Well, let's talk about them.


To start a conversation about the public holidays of the Russian Empire follows from the fact that such a concept in the country ... did not exist at all! No, the holidays, which were then called "non-public", were on the calendar, and there were more than one. However, they were all divided into two distinct categories: “royal days” and days of religious celebrations. If we recall that Orthodoxy had the status of a state religion in Russia, and the representatives of the Romanov reigning house ruled it as absolute monarchs, then these dates should be considered state holidays of the empire.

"For faith, the king and the Fatherland!"

At the same time, no memorable anniversaries, for example, the great military victories that Russian weapon it was glorified in a multitude, or, say, the annexation of certain lands, nobody thought of marking (in any case, regularly and permanently). No wonder that in the whole well-known formula: “For faith, the king and the Fatherland!” desperate land was mentioned in third place, last.

Consider the holiday calendar, taking as a basis the closest to us the last years of the empire, in more detail. Let's start with the days of the "king", of which there were ten in it. Four birthdays - of Emperor Nikolai Alexandrovich and two empresses, his wife Alexandra Fedorovna and his mother, Maria Fedorovna, as well as the heir to the throne - Tsarevich Alexei Nikolaevich. Accordingly, the same number of name days, or, in those terms, "namesake", the same radiant persons. The anniversary of the accession to the throne of the sovereign and the date of the sacred coronation of their imperial majesties: Nicholas and his wife were also separately celebrated.

There were, of course, much more church holidays. All of them were divided into twelve and great. Among the former were both non-transitory (that is, marked for years and centuries on the same calendar date) and transitional, which were tied to a certain number of days passed after one of the main church holidays, usually Easter. It is hardly worth listing here the Orthodox calendar, which is very rich in memorable dates: there isn’t enough space, and it’s useless. Let us dwell on the fact that on average it turned out 12-13 twelve and 6-7 great. Sometimes two holidays fell on one day, and generally “variations” were found in calendars of different years.

In general, the number of “non-public days” in the Russian Empire exceeded forty per year. After all, some holidays were celebrated for two to three days. "The whole people have fun and rejoice," as the song says. On Easter, the "vacation" lasted the whole decade. By the way, familiar to us on January 1, New Year's Day, was inactive solely because the dates marked on the church calendar fell on it again. All this weekend was fixed at the state level by a special law, which was signed on June 2, 1897 by Emperor Nicholas II. In accordance with the same document, it was not allowed to force people to celebrate “other religions” according to the Orthodox calendar, but it was prescribed and allowed to include holidays “according to the laws of their faith” in their work schedule.

Before someone begins to gasp, gasp and envy our ancestors, who had such a luxurious work schedule, let me remind you of something. First of all, all Saturdays in the Russian Empire were workers. This time. A mandatory weekend on Sunday, by the way, was established by the same imperial law, which was mentioned above. About 90% of the country's population were not talking about any annual paid vacations. The exception was civil servants (both military and state), as well as employees of state (state) industrial enterprises. They were granted leave on special request.