Chinese on relations with Russia 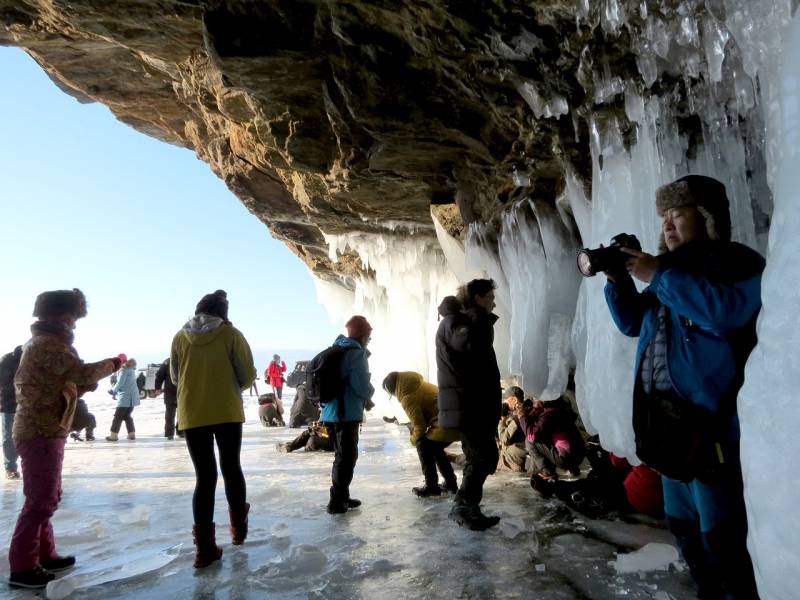 At the Zhi Hu forum, popular in China (translated: “Know!”), User Xu Shaocheng (徐绍诚), who often publishes various analytical materials, published on March 3, 2020 (that is, relatively recently, against the backdrop of an increasing US-Chinese confrontation) article entitled "What are the relations between Russia and China?" The content of this material is interesting, on the one hand, by the balancedness of the author’s assessments, which are far from official enthusiasm and nationalist blasphemy, and, on the other hand, by the frankness of the Chinese author.

The following is a translation of the text by Xu Shaocheng.

Russian-Chinese relations are briefly characterized as relations of strategic partnership. By paving the way for achieving their future in different ways, China and Russia, in principle, want the same thing from this future.

In a common example, China can be compared with a guy with money, and Russia with a red girl. China is looking tall, long-legged and pretty for marriage. Russia is pretty, but in her house she has a rolling ball, and she cannot boast of a prestigious education. So China does not close itself to Russia, choosing from others, from those who, besides beauty, have economy and money. Russia does not close itself to China, looking at other enviable suitors (literally: “Phoenix guys”), and it is looking for not just a boisterous, but certainly complaisant; China considers it not too frank and not very respectful of it. But at the same time, China and Russia together curse American imperialism, and this common theme for them is a guarantee of the inseparability of their relations.

Thus, the relationship between both sides comes down to the fact that neither of them can fully rely on the other, but neither can definitely do without the other.

Russia's plan to achieve its future is to control Europe, relying on its energy resources, and strengthen itself, "feeding on the blood of Europe." The plan of China to achieve its future is to, by implementing the Belt and Way initiative within the framework of the New Silk Road concept and using its industrial superiority, be strengthened through business cooperation with backward countries. In such a situation, when each side has its own plan of action, neither China nor Russia has any advantages or weaknesses in relations with each other.

Along with the large reserves of oil and natural gas in Russia, there are many uncultivated fields, but only trade in natural resources can make it rich.

Russia's weak point is the one-sidedness of its economic model. Russia relies on the sale of natural resources, but its economy is so backward that many Russian enterprises have long been abandoned or idle. The scale of production of many types of heavy industry products in Russia, for example, steel, can not be compared with the scale of production in China. Sell weapons so much as to boost its economy, Russia is also not able to. And for the sale of civilian products in Russia in the world there are no stable markets.

China has a powerful industrial base and huge opportunities for the industrialization of other countries, China is able to offer any country high-quality and attractively priced industrial products.

China lacks its own natural resources. Although China occupies one of the first places in the world in terms of cultivated land, most of the crop collected in the country goes to domestic consumption, and China is forced to import such raw materials as oil.

The Russian market is unable to consume China's industrial production, and therefore China is more likely to sell its industrial products, on the one hand, to states that are richer than Russia, such as the United States and European countries, and on the other hand, to states lower than Russia in terms of scientific and technological development, such as all kinds of "camps" and African states. In addition, the sale of Chinese industrial products to such backward countries creates the conditions for concluding with them the so-called agreements, the essence of which is that, for example, China builds a railway in a country and gives it to this country, but then to for 50 years it has been gaining a lot of money from the operation of the constructed railway.

However, China can also show itself to the Americans by importing most of its natural resources, the same oil, from countries that are subordinate to the United States or to which the United States gives its instructions, for example, from Angola, from Saudi Arabia (the “younger brother of the USA”), from Iraq or from Oman.

In general, to avoid deep stagnation in relations with the United States and Europe, China should not get too close to Russia. This is the balance of international relations for China.

Russia also does not seek to connect its fate only with China, although it has a more favorable geographical position and a more attractive international image than Russia. If Russia does not soon take control of the European energy market, in its economic development it will still lag behind China, and this lag will increase more and more.

In other words, for Russia, the rate of oil export should not be long-term, and the sale of oil is an instrument to increase its international status and improve its geopolitical position. In this sense, the decision to send Russian troops to the Middle East was optimal, and cooperation with Turkey on the construction of an oil pipeline is aimed at increasing the share of Russian energy supplies to Europe.

When the United States reaches a certain “point” in its pressure on China, China will inevitably enter into an alliance, an alliance with Russia, because the Americans simply will not leave him any other choice.

In Russia, the situation is not quite the same as in China. Yes, America is also putting pressure on Russia, and the United States is doing this because Russia's state strategy challenges American hegemony. In response, Russia is only able to show its teeth, observing changes in the international situation. But when the situation reaches a point, Russia will no longer have a way back, turning back then for it will be tantamount to death.

In a word, the option of a bilateral alliance, the union of China and Russia cannot be ruled out, but whether such an option is realized or not will depend entirely on how far American imperialism will go in its hostile plans, when in its pressure it reaches the point after which China and Russia will do as they see fit.

(When the confrontation with the United States reaches a point in China, the Chinese author argues, China will find salvation for itself in an alliance with Russia, that is, it will actually agree to become a slave, because in the Chinese sense, “union” is always the relationship between the leader and the follower, senior and junior , one who submits, and one who submits. In other words, for the sake of its own survival, China is ready to sacrifice even the principles of "independence" and "independence" so valuable to it in relations with Russia. It is interesting that the Chinese author does not even consider the option of "salvation" Russia by China in the event that the confrontation with the Americans reaches a point now even with her, giving Russia the opportunity somehow, without China, to decide her fate in a hypothetical battle with America. - A. Sh.).

Today, American imperialism is stepping up its pressure step by step, and China and Russia are drawing closer together. For example, in 2018, the volume of their bilateral trade increased by about 30% compared to 2017. Military exercises were conducted in China, Russia and Iran.

Regarding the long-term prospects of Sino-Russian relations, I am positive. For before Russia establishes final control over Europe, it will never begin to conflict with China. As for China, for a fairly long term, it will need only Russian food and Russian natural resources, to some extent - military cooperation with Russia.

I am inclined to see American imperialism weakening. However, if he does not burst himself, Russia will not be able to drive him out of Europe.

Thus, over a long time, relations between Russia and China will certainly range from the “formal proximity” of the two countries to their “alliance”.

After reading this material by a Chinese author, I became even stronger in the long-acquired knowledge: China's approach to relations with Russia is distinguished by naked pragmatism, sometimes bordering on selfish consumerism. Seeing Russia as the only support in the confrontation with ruthless America, China is ready to tolerate Russia's economic failure and its subconscious distrust of its eastern neighbor. It is precisely because of the growing confrontation with the United States and for no other reason that China is now increasingly showing friendliness to Russia, and in a critical situation, it turns out that it even admits an “alliance” with it.

It is also noteworthy that the confrontation of China with the United States, as well as its rapprochement with Russia, are exclusively forced processes for China. In fact, it would probably be much more interesting for China to get closer to a successful and rich America, rather than to an unsuccessful Russia. And only harsh reality compels him to be at enmity with someone who is dear to his heart, and to get closer to someone who causes a feeling of internal disgust.

That is why, deciding to be friends with China, it is necessary to take into account not only its state solidarity with Russia in dislike of “American imperialism”, but also its genuine, exclusively situational approach to “strategic partnership” with it.

Ctrl Enter
Noticed oshЫbku Highlight text and press. Ctrl + Enter
We are
Between the USA and China: Why has Myanmar become a field of competition for the powers?Strangulation: the context, conduct and consequences of the American naval blockade of China
Military Reviewin Yandex News
Military Reviewin Google News
121 comment
Information
Dear reader, to leave comments on the publication, you must sign in.