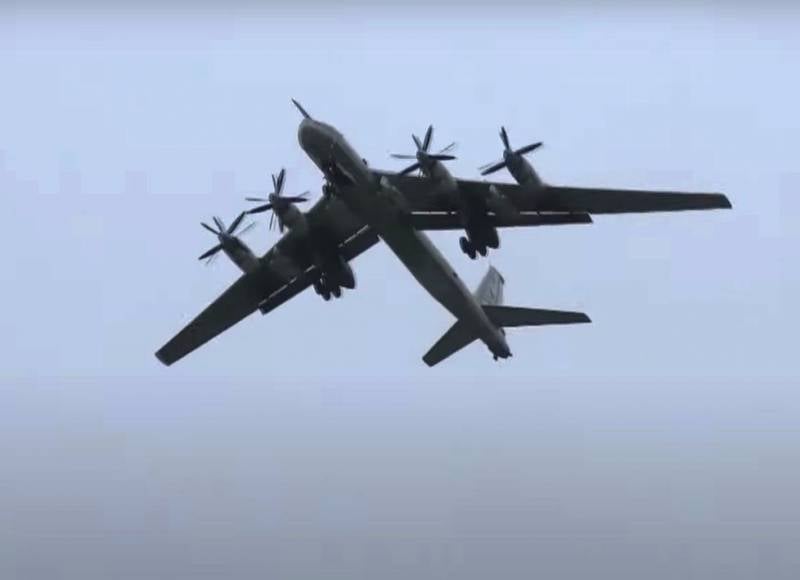 When on June 10, 4 Russian Tu-95MS aircraft appeared in the sky over the Chukchi Sea and the Bering Strait, they were escorted by American stealth F-22 fighters.


Flights of Russian strategic long-range missile carriers aviation VKS Tu-95MS were carried out as planned over the neutral waters of the Bering Strait, the Chukchi and Okhotsk Seas, and the North Pacific. The total flight duration was 11 hours. There was nothing extraordinary in this flight: both Russian and American bombers periodically make similar scheduled flights along the borders of both states.

Traditionally, as soon as Russian missile carriers appear in the sky near the American borders, the US Air Force raises fighter jets to accompany them. Usually these are fifth-generation F-22 aircraft. For example, in September 2018, 95 F-2 fighters were lifted from the NORAD (North American Aerospace Defense Command) air base in Alaska to intercept the Tu-22. So it happened this time. F-22 Raptor went to meet Russian planes, accompanied by KC-135 Stratotankers refueling aircraft and the E-3 AWACS early warning aircraft.

Why did the American side choose precisely the F-22? Recall that the fifth-generation multi-role fighter F-22 Raptor can operate at any time of the day, in difficult weather conditions, effectively counteracts enemy air reconnaissance. The use of F-22 specifically for escorting Russian missile carriers was caused, first of all, by two considerations.

Firstly, these are the technical specifications of the F-22. The modern fighter has the latest equipment that allows you to effectively operate in airspace against aircraft of a potential enemy. In the video, we don’t see the usual armament for air defenses on duty aircraft, however, it is known that the F-22 uses missiles hidden in the internal compartments of the aircraft. 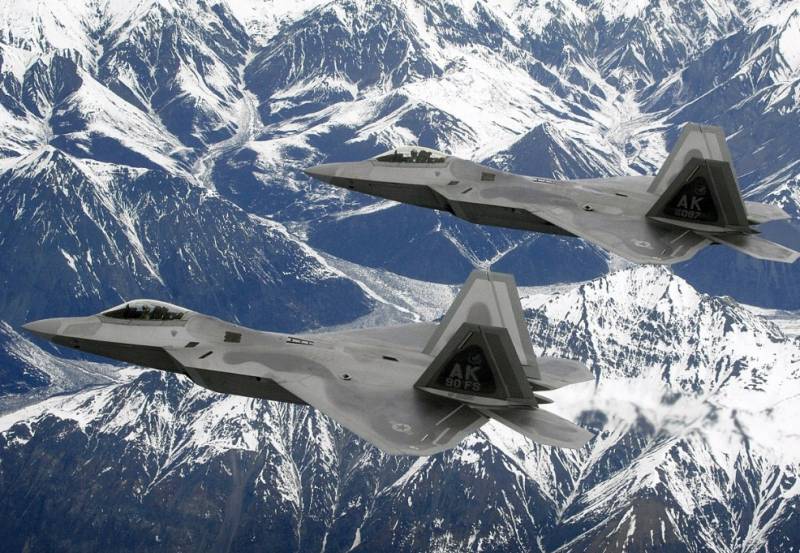 Secondly, the geographical factor also played a role. F-22 aircraft are part of the 3rd wing of the US Air Force, consisting of the 90th and 525th fighter squadrons, and the 477th group of fighters of the reserve command of the US Air Force (302nd fighter squadron). Both the 3rd wing and the 477th group are based on the combined base Elmendorf-Richardson in Anchorage - the largest settlement in Alaska. That is, they are as close as possible to the area over which the Russian missile carriers flew.

F-22 aircraft identified the Tu-95MS and for some time “drove” them while Russian aircraft were in close proximity to US borders. By the way, on the island of Shemya (Aleutian Islands) is the famous Cobra Dane radar, which plays an important role in the missile defense system of North America.

In the event of a possible armed conflict, it is Cobra Dane that will become one of the main targets for hitting the Russian Tu-95, since destroying this radar will seriously harm the entire US missile defense system. Naturally, the tasks of the US Air Force include air defense of an extremely important object on the island of Chemya, and only modern aircraft like the F-22 Raptor can be entrusted with such a responsible mission.

Ctrl Enter
Noticed oshЫbku Highlight text and press. Ctrl + Enter
We are
The strategic concept of the American plan for a large Arctic-Pacific "game"Shadow over japan
Military Reviewin Yandex News
Military Reviewin Google News
37 comments
Information
Dear reader, to leave comments on the publication, you must to register.