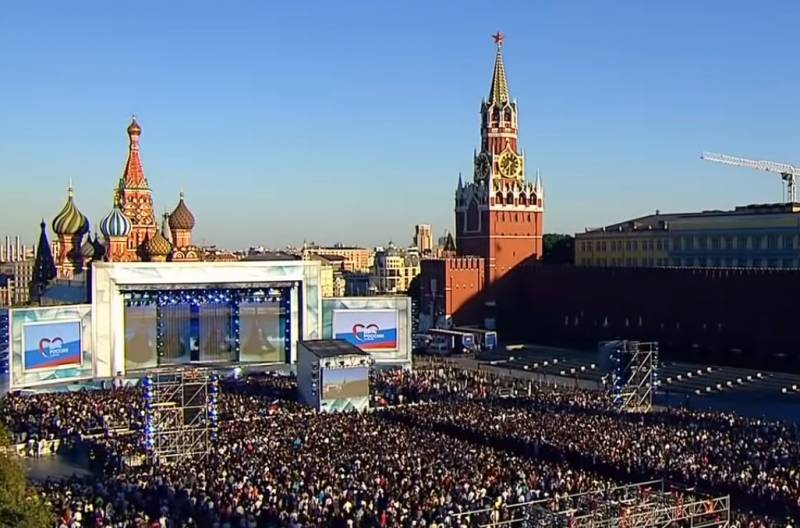 In our country, the main state holiday is the Day of Russia. This status was assigned to him in 1994 by a corresponding presidential decree.


On June 12, 1990, the first Congress of People's Deputies of the RSFSR adopted the Declaration on the State Sovereignty of Russia, and the next year this day became non-working. Exactly one year after the adoption of the Declaration by popular vote, the majority of Russians elected Boris Yeltsin to the post of first president.

Actually, June 12 can be considered the birthday of the Russian Federation. True, Russia can not be called a young state, because our country has a millennium history. Both the Soviet Union and the Russian Empire are part of our common past.

There is an opinion that the Declaration on State Sovereignty of the RSFSR was the impetus for the collapse of the USSR. But let's face it. By the time the Congress adopted the declaration, the centrifugal mechanism had already been launched long ago, and the union leadership had virtually withdrawn from power, transferring most of the authority to the field. In order to prevent complete chaos and anarchy, the leadership of the RSFSR assumed the role of the union center, preserving the country, although letting the union republics that decided to go their own way into free navigation.

Thus, a powerful, multinational Russian state with a thousand-year history managed to survive and continue the glorious work of its ancestors.

For a long time this holiday was called Independence Day, but later they decided to rename it to Russia Day. Officially, on June 12 they began to call it that since 2002. Apparently, for more than 10 years they have not decided who exactly we all suddenly became independent from.

Officially, Russia Day is a holiday uniting all the citizens of our vast country, regardless of nationality, political or religious views. True, there is still one problem here - far from all citizens can say what kind of holiday is celebrated in our country on this day. But, by and large, this is not the most important. It is much more important that peace, unity, and the brotherhood of peoples are preserved in our country. And this factor certainly can not depend on the date and day of the week.

Ctrl Enter
Noticed oshЫbku Highlight text and press. Ctrl + Enter
We are
12 June - Day of Russia. And a holiday, and a reason to reflectDecember 2010 years. Russian March. Senseless and merciless? Notes not a Russian person
Military Reviewin Yandex News
Military Reviewin Google News
251 comment
Information
Dear reader, to leave comments on the publication, you must sign in.