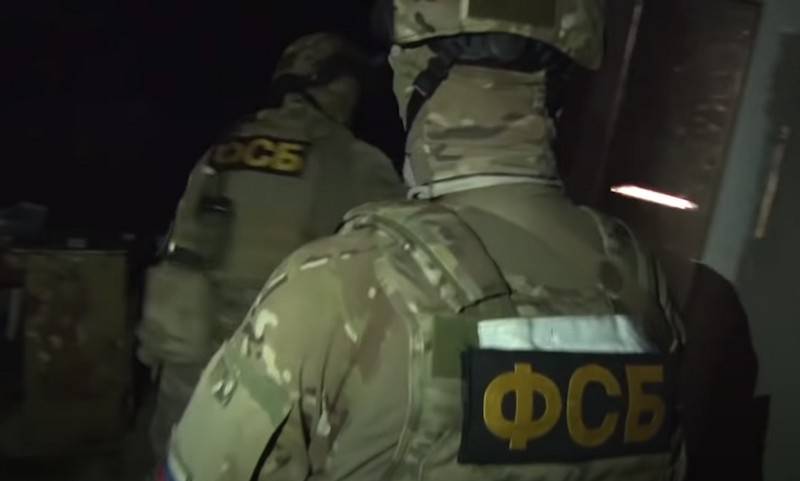 In the capital of Crimea - Simferopol - a terrorist act was prevented. According to the press service of the FSB, the department detained five people who were preparing an explosion in one of the city’s markets.


According to the report, all the detainees are Russian citizens who propagandized the ideology of terrorism and extremism on the Internet, and extremists have established a connection with Ukrainian radicals fighting in the Donbass. The detainees were preparing an explosion in one of the city markets of Simferopol.

The suspects, fortunately, were exposed at the moment when they were just preparing to undermine a makeshift explosive device in one of the markets of the republican center. They also promoted the ideology of terrorism and extremism on the Internet.
- said the press service of the FSB.

During the search, improvised explosive devices (bombs), small arms and cold weapons were seized from detainees weapon, ammunition and means of communication with information about the crime being prepared.

Currently, investigators are resolving the issue of instituting criminal proceedings and choosing a preventive measure against detainees. Work is underway to identify possible accomplices of extremists. All detainees face criminal liability for preparing for a terrorist attack and public appeals for terrorism.
Ctrl Enter
Noticed oshЫbku Highlight text and press. Ctrl + Enter
We are
Summary of the week from voenkor Mag about events in the DNI and LC 14.12.18 - 20.12.18Summary of events in the DNI and LC during the week from the military commissar "Mag" (20.10.18 - 26.10.18)
Military Reviewin Yandex News
Military Reviewin Google News
50 comments
Information
Dear reader, to leave comments on the publication, you must sign in.