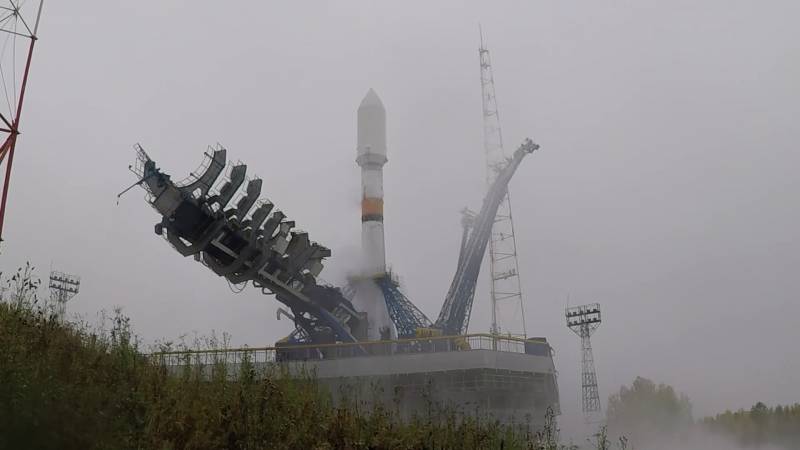 Preparations for the launch of the launch vehicle with the third Tundra satellite, September 26, 2019. Photo by the Russian Ministry of Defense

Currently, the basis of the Russian missile attack warning system (SPRN) are several types of ground-based radars. Current plans for its development include the reconstruction of a group of spacecraft capable of tracking missile launches and providing data on them. The other day it became known that the unified space system (CEN) “Dome” under construction has reached the minimum staffing level.

On June 4, TASS, citing a source in the defense industry, announced the next step in deploying the Dome. So, on May 22, a new launch took place at the Plesetsk cosmodrome, during which the Tundra-type spacecraft, the fourth in its series, was launched into the calculated orbit.

Four of these products make up the minimum standard configuration of the CEN “Dome”, which provides a solution to the tasks. Now the system is able to track the launches of ballistic or space rockets in the United States and other areas and provide information on them.

The devices of the Tundra series are on duty in these orbits and monitor the situation in the northern hemisphere of the planet. According to news of the recent past, in the near future new launches with the commissioning of the next spacecraft should take place. Dates of such starts are not called.

In 1991-2012. Eight warning satellites from the Oko-1 system were put into orbit. In 1996, this system went on alert and replaced the older Eye. Spacecraft in high elliptical and geostationary orbits could track missile launches on the continental territory of a likely enemy and in patrol areas of his submarines. 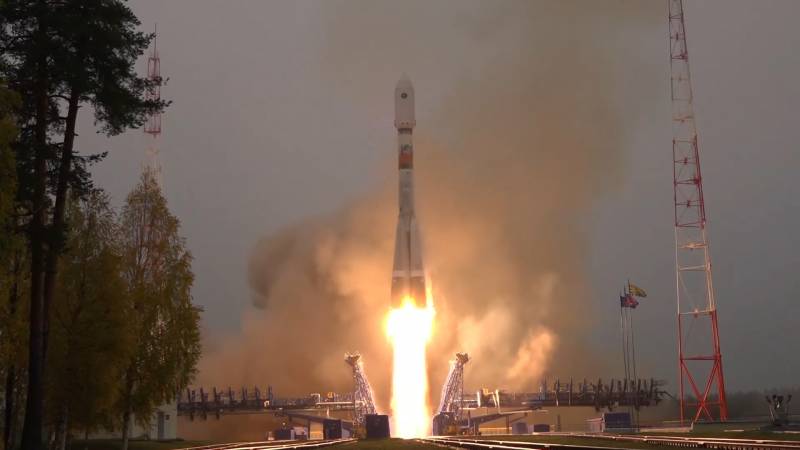 Start. Photo by the Ministry of Defense of the Russian Federation
In 2014, it became known that the bulk of the Oko-1 satellites are no longer functioning, and the rest can only work a few hours a day. By the beginning of 2015, all the devices were out of order, and the Russian SPRN was left without a space echelon. As is now known, ground-based radars for the next few years became the only means of detection and warning.

By the time Oka-1 was completed, work had begun on the fundamentally new CEN Dome. The first launch of its satellite 14F142 “Tundra” was originally planned for the end of 2014, but shifted by almost a year. By the end of the decade, it was planned to put into orbit up to a dozen vehicles, but these plans had to be reviewed. At the moment, only four satellites have been commissioned - the minimum staffing.

In the near future, new launches are expected. To get all the necessary capabilities, nine Tundra products must be placed in orbits. It is also possible to use a backup device, which, if necessary, can replace a failed one. According to the news of the recent past, the formation of a full group will last until 2022-23.

The CEN Dome is built on the basis of the 14F142 Tundra spacecraft. The development of this satellite was carried out in the framework of cooperation between RSC Energia and Comet Corporation. The first created a space platform, the second a payload module with target equipment. As developers of individual units, other organizations were involved in the project. 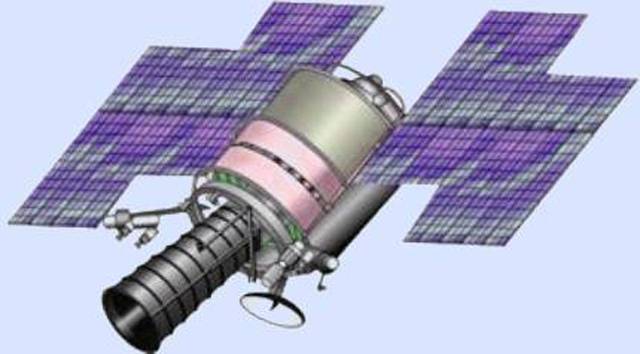 Spacecraft 73D6 from the composition of the "Eye" systems. Figure vpk.name
The exact tactical and technical characteristics of the Tundra are classified, but its general capabilities are known - as well as its advantages over the satellites of previous generations. New components and instruments used on 14F142 provide the solution of several tasks at once in the context of warning of an attack and command and control of strategic nuclear forces.

The Tundra product is launched into a highly elliptical orbit with a maximum height of 35 thousand km. Four satellites on duty are in different orbits located at an angle to each other. The orbits are selected in such a way that the minimum staffing of the "Dome" provides reliable tracking of the Northern Hemisphere. Accordingly, the new satellites will allow for the search for missiles all over the planet.

The Tundra uses modern infrared observation devices with increased sensitivity and accuracy. They are able to fix the torch of a rocket engine both against the background of outer space or atmosphere, and against the background of the earth. The satellite is capable of detecting the start of a large intercontinental missile or a compact operational-tactical missile with a lower engine power.

The new spacecraft can not only detect the launch, but also monitor the flight of the rocket in its early stages. In this case, the flight path is calculated and the approximate area of ​​the fall of the combat unit is determined. This information is transmitted to ground-based SPRN facilities and is used in further calculations. 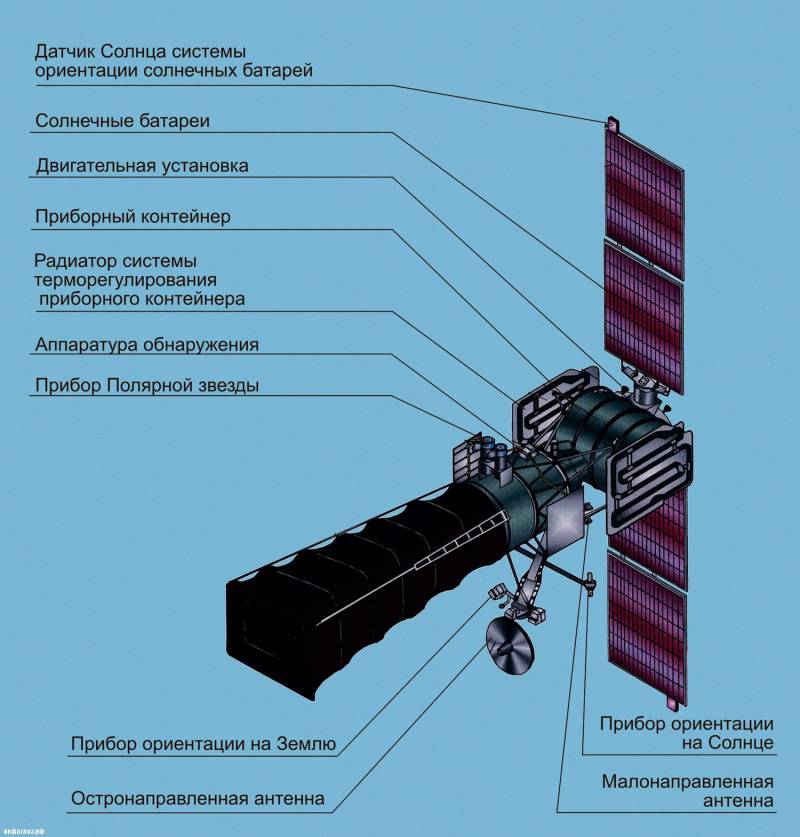 The design of the device US-K from the composition of the "Oka". Figure Dfnc.ru
The Tundra is equipped with a combat control system. With the help of such satellites, the echelons of SPRN and missile defense can exchange data and orders, including on the use of weapons.

Until 2014, the Russian SPRN included a space echelon in the form of the Oko-1 early warning system and a set of different types of ground-based radars. Then the space group crashed - but the operation of existing radars and the construction of new ones continued. In parallel, a new CEN “Dome” was being formed, although these works were not very fast.

A few weeks ago, the next Tundra spacecraft went into orbit, which ensured the formation of the minimum working configuration of the Dome system. Thus, now the Russian air defense and missile defense forces have at their disposal a full-fledged SPRN with space and ground echelons complementing each other.

It is not just about simply restoring previously lost opportunities, but also about getting new ones. As before, now the SPRN includes satellites and ground-based radars. However, these are products and complexes of new models with higher characteristics, other functions and increased efficiency. The overall effectiveness of the SPRN directly depends on the characteristics of the stations and spacecraft. 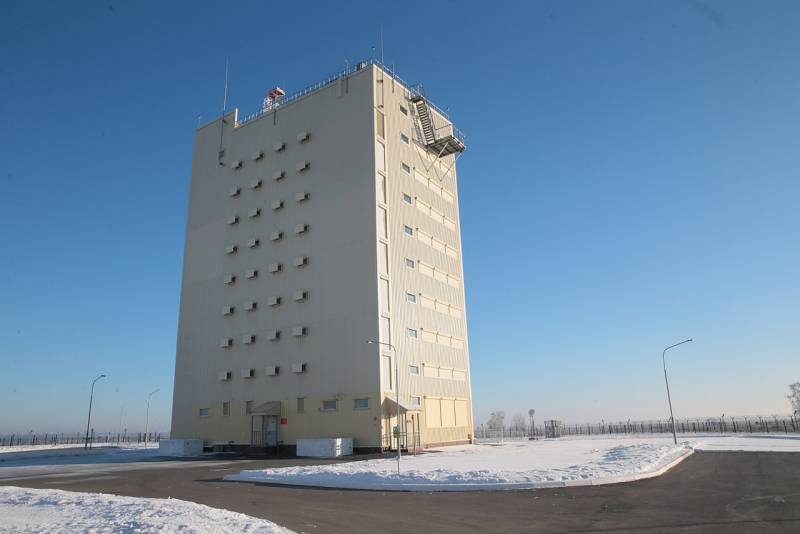 Modern radar SPRN "Voronezh-DM". Photo by the Ministry of Defense of the Russian Federation
So, modern radars of several projects of the Voronezh family are based on modern components and show high performance. At the same time, they differ in simplicity and speed of construction. It is especially important that now all radars are located only on Russian territory, and our SPRN is not dependent on third countries. New satellites, in turn, can not only determine the very fact of launch, but also provide additional data about the targets.

In its current form, the Russian SPRN is capable of detecting missile launches earlier and almost immediately identifying possible targets, and then tracking the flight and issuing target designation. First of all, it increases the available time for analyzing the situation and developing a response. The potential of missile defense, which receives new weapons, is also growing.

Thus, the construction and modernization of the systems responsible for the strategic security of the country continues. The restoration of a workable space constellation, now able to solve its tasks, is another important event in this area. The Russian armed forces can again monitor the strategic nuclear forces of a potential enemy from outer space, and this helps to strengthen defense.