How Polish paratroopers are preparing to “oppose Russia”: on the exercises of Defender Europe-2020 Plus 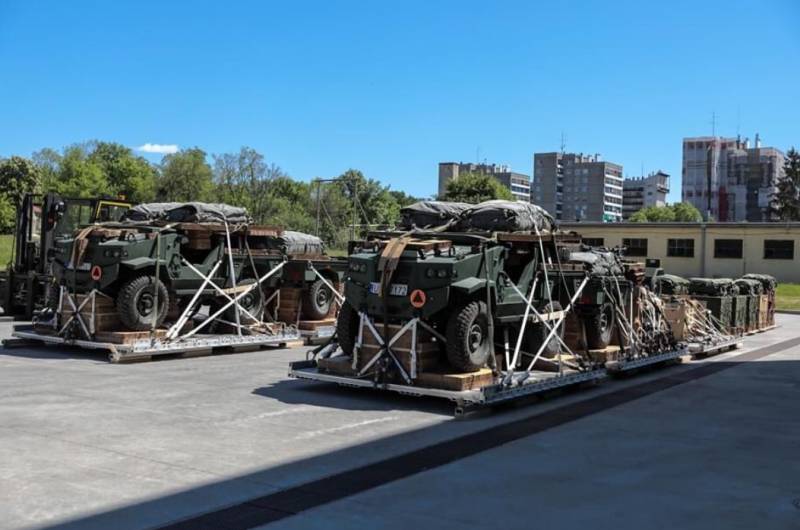 The Alliance conducts large-scale military exercises Defender Europe-2020 Plus. They take place at a training ground in Dravsko-Pomorsk on the territory of Poland and set as their goal the development of actions for the defense of the eastern borders of NATO. Of course, Russia is considered the main probable opponent.


Note that the declared exercises were supposed to begin in the spring of 2020, but due to the coronavirus pandemic, the start date of the events was postponed to June. Significantly reduced the scale of the exercises. Previously, 18 countries participating in the exercises were announced to NATO, including 17 members of the alliance and specially invited Georgia, but now only the armed forces of Poland and the USA are taking part in them. But this circumstance is just indicative: now it is Warsaw that claims to have a special role in the "defense of the eastern frontiers" of NATO and is trying to occupy the position of US chief assistant in Eastern Europe.

The preparation of the Polish military for the exercises is described on the official Twitter page of the 6th Airborne Brigade named after Brigadier General Stanislav František Sosabowski. This Polish brigade is deployed in Krakow and includes 2 airborne and 1 airborne assault battalions, as well as support units.

During the military exercises, the brigade develops skills in landing and joint actions with the US military. In addition to the personnel, the landing of military equipment of the brigade is also being worked out.

On video frames, we can observe how the paratroopers bring out the equipment and prepare it for participation in maneuvers. Columns with vehicles prepared for landing will move towards the landfill.

According to the scenario of the exercises, the American and Polish troops have to jointly repel a non-nuclear attack and the subsequent invasion of enemy troops from the east. The total number of troops involved is 6 thousand people, including the personnel of not only the Polish 6th Airborne Brigade, but also the 2nd Armored Brigade of the 3rd Infantry Division of the American Army and the 12th Mechanized Brigade of the Polish Army. It is interesting that the American military participating in the exercises is twice as large as the Polish - 4000 against 2000 people.

Although the NATO command has repeatedly assured that the main goal of the exercises is to develop the logistics of the Alliance’s armed forces, Moscow considers the anti-Russian focus of maneuvers obvious.

Moreover, almost simultaneously with the exercises in Poland, NATO conducts maneuvers in the Baltic states. Such events do not contribute to the removal of mutual tension between the Russian Federation and the North Atlantic Alliance. In fact, this is a demonstration of strength that needs to be adequately answered.

Ctrl Enter
Noticed oshЫbku Highlight text and press. Ctrl + Enter
We are
Reports from the militia of New Russia for 27-28 September 2014 of the yearDecember 2010 years. Russian March. Senseless and merciless? Notes not a Russian person
Military Reviewin Yandex News
Military Reviewin Google News
47 comments
Information
Dear reader, to leave comments on the publication, you must sign in.