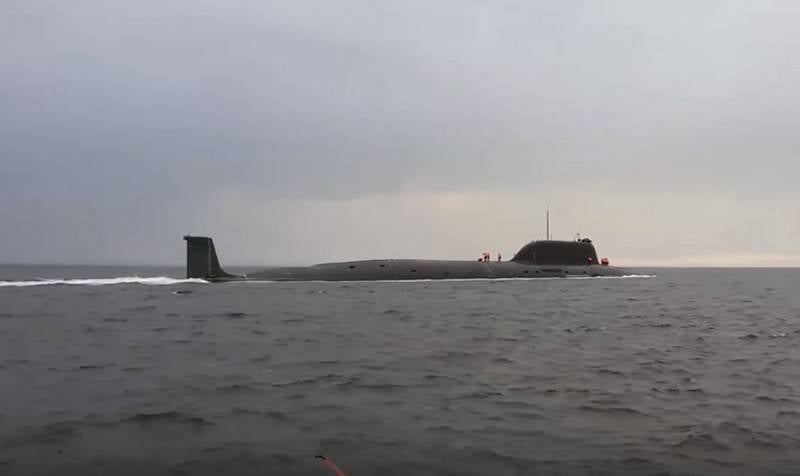 The Kazan multi-purpose nuclear submarine of project 885M Yasen-M will go to state tests this fall. Currently, the submarine is preparing to go to sea. This was reported by "Izvestia" with reference to sources in the Ministry of Defense.

This is the first production submarine of the fourth generation of the improved project 885M "Ash-M". Ashena’s arsenal will include the latest Zircon hypersonic missiles - sailors are now actively testing them
- writes the edition.

It is reported that the timing of state tests agreed with the Navy, they are planned to be held this fall. In the absence of complaints, the submarine will be included fleet by the end of 2020. However, it is possible that the deadlines may be postponed to 2021 for various reasons.

Earlier, the Ministry of Defense announced the entry of the Kazan submarine into the Navy until the end of 2019, but subsequently the deadlines for the ship were postponed due to problems discovered. The results of the mooring, as well as the winter stage of factory sea trials, completed in January last year, showed that a number of auxiliary systems of the Kazan submarine do not meet the requirements of the Ministry of Defense. The submarine was sent for revision to Sevmash, where it is now located.

In addition to the Kazan nuclear submarine, the Novosibirsk submarine (launched on December 885, 25), Krasnoyarsk and Arkhangelsk are being built under the modernized project 2019M (Yasen-M).
Ctrl Enter
Noticed oshЫbku Highlight text and press. Ctrl + Enter
We are
The lead submarine Kazan of the Yasen-M project will be handed over to the Navy no earlier than autumn 2020The Kazan submarine of the 885M Yasen-M project has entered the factory sea trials
Military Reviewin Yandex News
Military Reviewin Google News
38 comments
Information
Dear reader, to leave comments on the publication, you must to register.