How from the Efremov who arranged the drunk accident, the network began to “sculpt” the victim of the regime 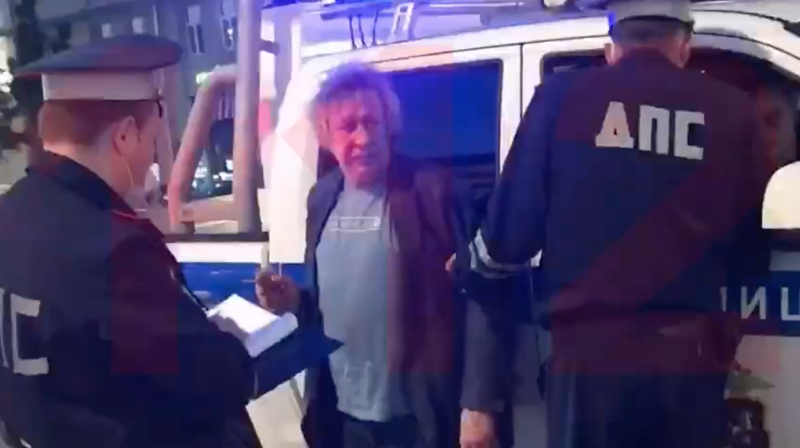 A tragic incident - a car accident in the center of Moscow with the participation of the famous actor Mikhail Efremov, is likely to have far-reaching consequences. This incident, monstrous both in its consequences and in its absurdity, not only stirred up the whole of Russia, but more than ever sharply raised the question of the need to once and for all put an end to impunity for VIPs (“especially important persons”), allowing themselves to ignore the law and do not care related to the safety of fellow citizens.


The actor, as you know, committed a “drunken” accident, violating traffic rules in a gross manner: in the oncoming lane, having previously flown through a double continuous one, crashed into a Lada van of a food delivery company. 58-year-old van driver Sergey Zakharov subsequently died in the hospital from numerous injuries received at the time of the accident. In Ryazan, where Zakharov came to the capital to earn money, he still had a wife and children. At the wheel of his SUV Jeep Grand Cherokee Efremov was in a state of extreme intoxication. The alcohol content in his blood was 2,1 ppm. Law enforcement officers had reason to believe that the culprit of the accident was not only drinking alcohol ...

Moreover, video surveillance cameras located in the center of Moscow at almost every step made it possible to track the actor’s route along the road to the scene almost in steps. As it turned out, the previous place of his stay was his favorite pub, where Efremov was clearly not ordering milk. However, he already arrived at the drinking establishment pretty drunk: as when trying to park, Efremov almost knocked down a company of several people on the sidewalk. By the way, a few minutes before the tragic collision, his SUV dangerously “cut” another car, but, fortunately, its driver managed to escape from the collision.

According to eyewitnesses, after the accident, he did not understand too well where he was and what happened, the actor "rather mumbled than spoke." The only question that interested him was this: "Nobody died?" At the same time, Efremov promised to “cure” the victim, announcing to all those gathered that he had “money ... (a lot)”. Then there was still hope that everything would end relatively harmlessly: the driver of the van was alive, and Mikhail Efremov was allowed to go home, imposing a written undertaking not to leave the place and instituting criminal proceedings under Part 2 of Article 264 of the Criminal Code of the Russian Federation “Violation of the rules of the road and operation Vehicle".

However, the death of the victim forced law enforcement officers to retrain the charge to paragraph “a” of the fourth part of the same article, which refers to a violation of traffic rules, which was committed while intoxicated and resulted in the death of a person. The difference is very significant. If in the first case, the culprit is threatened with forced labor for up to 4 years or imprisonment from 5 to 3 years, then in the second case, the case may end with imprisonment for up to 7 years. As of the time of the preparation of the material, it was known that the Tagansky court of Moscow determined a house arrest for a period of 12 months (until August 2) with a ban on using Mikhail Yefremov and prohibiting the use of any means of communication (including the Internet) and communicating with anyone other than immediate family , a lawyer and law enforcement officials.

It is noteworthy that the desire expressed by the actor at the scene of the accident to “make amends” and the intention to “cooperate with the investigation” somewhere evaporated, it only cost the police to come to his home for questioning after Zakharov’s death. Efremova’s current wife categorically refused to let law enforcement officers into the apartment, referring to her husband’s “poor health” and calling him an ambulance, not wanting to communicate with representatives of municipal medicine, but demanding only a team from a private clinic. In the end, several crews with doctors accumulated in the courtyard, whose help, however, was not needed by anyone.

The word "monstrous" incident was described both by Mikhail Efremov himself, who said this in the court of the Tagansky court, and by the press secretary of the Russian president Dmitry Peskov, who said that "it does not matter at all who is to blame for this tragic and monstrous case." Thus, he, obviously, made it clear that the actor would be responsible for the deed, despite all the ranks and regalia. It is very significant that many metropolitan lawyers refused to defend Efremov in court. The names of such eminent lawyers as Tatyana Stukalova, Alexander Dobrovinsky, Sergey Zhorin and others are called in the media. The circumstances of the case look too unsightly and taking on a knowingly losing process is only to spoil the reputation.

Perhaps the main thing is that the tragedy on Smolenskaya again made the Russians think about the problem of permissiveness that exists in the country for some “special” categories of citizens.

As it turned out, only since the beginning of this year, Mikhail Efremov has been brought to administrative responsibility for violating traffic rules a dozen times. In total, over the past couple of years, he was issued about thirty fines for a total amount exceeding 80 thousand rubles. Efremov quite faithfully paid for them, each time escaping with a slight fear - for misconduct that would cost someone else at least a deprivation of rights. And he, presumably, was increasingly asserted in his opinion of his own exceptionalism and impunity. It all ended with what ended ...

Surely a significant role in all this was played by the fact that Mikhail Efremov did not just refer to the color of the domestic “creative class”, but to the “opposition”, and recently he was known not so much for his roles as for criticizing the authorities, often carried out in forms, going beyond the elementary bounds of decency. Didn’t get involved because they were afraid of the cries of the “liberal” press and accusations of “repression”? It may well be, only in the end it was worth a human life.

The authorities would very much have to use what happened as a casus belli to start a fierce fight against any traffic violators, and first of all with drunken driving enthusiasts. This audience must be persecuted in the most merciless manner, regardless of status: "pro-government", "opposition" or any other.

However, it is important to note the emergence of a special “group of persons” in the network, which began to turn inside out what happened in the center of Moscow.

Numerous publications appeared on the network stating that Mr. Efremov was almost deliberately “framed”. The "non-living" audience agreed to the fact that Efremova "blinded the headlights", that he "did not drink, but was under the influence of the required medications."

They even dragged something about the "automatic support and special services." All these ridiculous statements in the style of - Mr. Efremov "personally in the Kremlin instructed to pour alcohol into his mouth and whispered in his ear - get drunk and get behind the wheel" - have one purpose. The “creative public”, instead of recognizing the commission of a crime by Efremov, is trying to fashion “a new victim of the regime” out of him, in fact making it clear that the death of an ordinary driver is nothing more than an “annoying misunderstanding” for them.