What is a modern contractor: aspects and problems of the ongoing reform 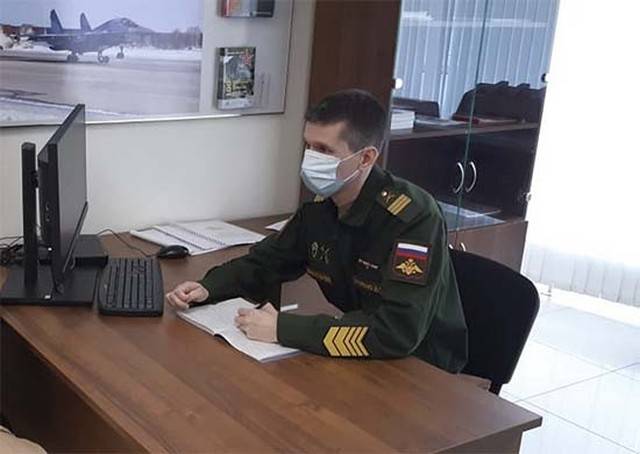 Recently, the topic of contract soldiers has somehow disappeared from the media. A few years ago, not a day passed that one of the journalists did not raise a topic in any way related to contract servicemen. Today, even in specialized publications, silence.


In conversations with current officers, a lot of problems come up. Officers complain about the low quality of training of subordinates, the low educational level, the unwillingness to adequately serve. Contractors themselves talk about problems with money allowance, with housing and other difficulties of military service, which force them to leave the army immediately after the end of the contract.

What is a modern contract soldier?

It is clear that since the beginning of the military reform, the Ministry of Defense has studied quite a lot of those who came to contract service. In different sources, the numbers are slightly different, but in general the difference is not significant.

So, a modern contractor is a native of a family of workers (more than 50%) or employees of the public sector (18%), living in a small town, having a secondary education, often raising in an incomplete or large family, or having a stepfather or stepmother (approximately every tenth) .

You can continue the description further. But what is written above is enough to understand the goals that a soldier or sergeant sets before himself. First of all, it is getting a profession, making good money and being able to live better than parents live. This is getting a living space in perspective. And the opportunity to continue education further.

By the way, education as a goal comes first only to a small part of the contractors. The fact is that the “triples” and “fours” in their certificates for the most part do not reflect the real level of knowledge. And the owners of these certificates know this.

A modern contractor is a typical representative of the Russian hinterland with a low standard of living. Residents of regional centers, not to mention Muscovites and Petersburgers, are rare among contract soldiers. This is connected, in my opinion, with great opportunities to realize themselves in civilian life.

On the motivation of military service

Oddly enough, but what many people talk about almost constantly, that is, high wages, is not the main thing for soldiers. The main thing is to serve the Motherland. Exactly. Soldiers and sergeants really want to serve. A stable and high salary is taken for granted. According to opinion polls, only 4% of contract soldiers regret their service. But if so, then why are there complaints from the officers?

Another figure that you can write about with pride. Two-thirds of contract soldiers are well aware and aware of the danger of military service. Moreover, they are ready for self-sacrifice. Participation in hostilities by the majority is perceived as an encouragement. Although material incentives play a role here.

Why are they leaving?

We have a strange situation in the work of military commissariats and military units. The military registration and enlistment offices need to fulfill the plan for the recruitment of contractors, units must fulfill the plan. For this they will ask from above. But for the fact that soldiers and sergeants do not enter into a second contract, they will not ask.

So why are they leaving? The reasons are called many. But we can distinguish several of the most typical. First of all, refusal to continue the service follows after the contractor feels the deterioration of his socio-economic and legal status.

Alas, this is a fairly common situation in the army. And it concerns almost all military personnel, be it an officer, ensign, sergeant or ordinary contractor. The imperfection of the legal base of military service under the contract has not yet been eliminated. "Military Review" wrote a lot about such things.

There are more “mundane” issues. Simply put, the failure of the state to fulfill its obligations. The government promised office housing - and so what? But nothing. There is no housing. Rent an apartment from private owners. Agree, for a young man who wants to create his own family, give birth to a child, arrange life, this is important.

No less important is the moral and psychological atmosphere in the unit. The ratio of commanders and commanders to the soldier. Conditions for recreation, leisure activities. Relations between military personnel outside a military unit. Very often, an ordinary contractor lives outside the army team. Officers and warrant officers are a rather closed caste and do not let rank-and-file sergeants into their circle.

What needs to be changed?

I will start with a description of the classic Soviet “demobilization” of the 70-80s. Just to remind you what he looked like then.

So, the military uniform is ideally “sutured” by the figure. On his shoulders shoulder straps of a sergeant with three “gold” metal straps and metal letters “SA”. Leather belt with a slightly bent buckle.

A set of badges on the chest. "Guard", "Excellent student of the Soviet Army", a classy specialist, warrior-athlete, sports category. The Airborne Forces and Marines added the "Excellent Paratrooper" after the "Guard".

If you think a little, this soldier is a living poster describing the priorities of all the soldiers of that time. He is a sergeant simply because the epaulette is "the most beautiful." Remember what tricks demobilization went to inscribe this title in a military ID? The sergeant rank was an important indicator that you had power in the army.

But the set of signs of soldierly prowess was an indicator that you did not beat the bastard in the army, but really served honestly and with dignity. And it was no less important than the military rank.

But back to the contractors. From childhood we were inspired with the Suvorov phrase: “That soldier who does not dream of becoming a general” is bad - like a dogma. However, the support of Suvorov himself in his victories was often precisely “bad soldiers” - veterans who had served for a quarter of a century and did not dream of being generals. They were soldiers!

Similarly, today. Yes, the contractor has the opportunity to receive education during the service period. Does he want this? Surely in the life of any officer there was a driver who needed to be kicked out of the park with a stick. Which was ready to repair his war machine, refuel, lubricate, clean, paint day and night. At the same time, he was not at all interested in the post of the commander of the department or the castle platoon.

Most contractors are about the same soldiers. They want to thoroughly know their military specialty. They are interested. But! What are the prospects of service for such a person? Alas, no. The position of the driver does not give growth prospects. By the way, this is also one of the reasons for the departure of soldiers and sergeants after the end of the contract.

It seems to me that in order to create prospects for contract soldiers, it is necessary to change our attitude to the sergeant rank. To get away from the fact that a sergeant must be a commander or chief. The "Soviet" attitude is outdated.

We are fixated on money. We will pay - they will serve. Will not! Today, a fairly large number of contractors simply do not want to improve their skills. Why strain? I am already a highly qualified specialist! ..

Change the contract system is necessary

Talking with contract soldiers, I came to a paradoxical, at first glance, conclusion. Most of them do not see their lives in the army. And they went to serve for purely pragmatic reasons. Earn money, solve a housing problem, get an education, assert oneself, etc. The army as an opportunity to solve personal problems for a relatively short period of time.

And therefore, until we make the contract soldiers choose the life of a professional military once and for all, the reform will not work. So, all the efforts of recent years will simply go into the sand.

Ctrl Enter
Noticed a mistake Highlight text and press. Ctrl + Enter
We are
Contract soldiers are getting bigger"Contract" does not threaten us?
103 comments
Information
Dear reader, to leave comments on the publication, you must to register.