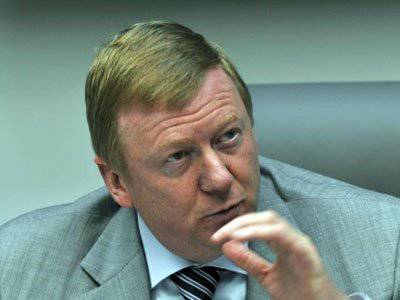 In August 2008 of the year, during the armed conflict in South Ossetia, according to the information of the Deputy Chief of the General Staff of the Russian Armed Forces Anatoly Nogovitsyn, 74 of Russian servicemen died and 171 were injured. The exact number of casualties on the South Ossetian side, including civilians, is still not exactly calculated ... "Few people know that on the eve of this war, Georgia had the opportunity to re-equip its army," writes Nanotechnology.ru.

According to the newspaper, 8 February 2007 of the year between the Georgian government and the Czech company Energo-Pro signed an agreement on the privatization of the assets of eight (out of nine) energy facilities of Georgia. The transaction value was $ 427 million (of which, under the agreement, $ 132 million was received by the Georgian budget, $ 120 million was to be spent on the construction of a new hydroelectric station, and $ 175 million was to be invested in the rehabilitation of distribution and generation facilities).

"The $ 132 million received by the Georgian government from the sale of energy facilities was almost completely spent on the purchase of weapons. Again, the agreement on the sale of energy assets was signed on February 8 2007 of the year. And on February 16, Salome Zurabishvili, leader of the Way of Georgia party, appealed the deal, promulgating information that Energo Pro is affiliated with Falcon Capitals, which was a real buyer of Georgian assets, because Falcon Capitals paid for the deal, ”the article says.

Salome Zurabishvili is a French citizen, from March 2004 to October 2005 the Georgian Foreign Minister, and prior to this appointment, an employee of the French Ministry of Foreign Affairs, named the actual owners of the Falcon Capitals, claiming that this was "a former GRU officer, Paata Mamaladze, and also Anatoly Chubais and other Russian businessmen. "

“Zurabishvili is undoubtedly an informed person and certainly didn’t publish everything she knew. But even more than that was enough to suggest that the rearmament of the Georgian army on the eve of the 2008 armed conflict of the year was actually carried out with Russian money. And here’s why. that the Falcon Capitals company acted as an operator in 1998 to repay Russia's debt to the Czech Republic and earned several hundred million dollars on this deal. Falcon Capitals was registered on November 28 by 1995 citizens of the former C SSR by Paata Mamaladze, Vazheya Kiknavelidze, Aristakes Alaverdyan and Czech citizen Bohuslav Pozhar, "the article notes.

"7 February 1997 of the year - the publication says - the original founders withdrew from the company’s founders. In 1997, Falkon Capital became a Czech-Swiss company. At the same time 95% shares were transferred to the Swiss company Magchim AG. Magchim AG was, according to the registry, Paata Mamaladze. Namely Magchim AG, according to Salome Zurabishvili, is controlled from the moment of its creation ... by Anatoly Chubais and his close partner in RAO UES Andrei Rappoport. "

In the 1998 year, the article notes, when the capital of Falkon was about $ 5,5 million, the company began to deal with the Czech Republic’s Russian debt of $ 3,6 billion. Later, the debt was split into two parts - $ 2,5 billion and $ 1,1 billion. Falkon bought a part of $ 2,5 billion, and 9 in October 2001, the deal was approved by the governments of both countries. The Czech Republic received from Falkon 22% of the debt ($ 550 million) and acknowledged that the debt of Russia to the Czech Republic was repaid. At the same time, the Russian government did not buy out the debt directly from Falkon Capital, but entrusted it to RAO UES of Russia, paying the Royne energy source “to pay off the Czech debt” $ 1,35 billion. Later, Falkon Capital more than once appeared on deals in Russia and CIS countries. So, in 2004, Falkon Capital was included in the Belarusian Energy Report.

“According to Andrei Rappoport, Falkon Capital has been selling RAO UES electricity to Belarus since 2000, and donated the proceeds to the Czech budget on account of the Russian debt” (where did the money go back, 2001, allocated by the Russian government?). From 2002, deliveries were made through Inter RAO UES. The electricity buyer was Belenergo concern, but it was always in debtors from a Czech company because of non-payment of enterprises. Falkon Capital presented its debts to the tender, where middlemen bought at a discount and at a discount, predominantly nonreside nty, "writes Nanotechnology.

"" Dozens of Belarusian enterprises were drawn into the energy charge. Almost every official was supervised by any official of the republic. According to Ludwig von Mises, director of the Belarusian Center, Yaroslav Romanchuk, in 2001-2002 the profitability of energy billing for the most liquid goods exceeded 200%. Falkon Capital also lit up in Russia. In April, 2011, the head of Falkon Capital, Paata Mamaladze came to Elista, where they discussed the process of implementing the investment project "Building Wind Power Plants in the Republic of Kalmykia", according to which Falkon Capital undertook to build 100 winds in Kalmykia power plants (this project was lobbied by Andrei Rappoport back in 2007, while the chairman of the board of directors at Inter RAO UES) was lobbied. The Czech newspaper Mlada fronta Dnes claims that the top management of Falkon Capital, in particular Mamaladze, has friendly relations with the Ukrainian oligarch Dmitry Firtash. Mlada fronta Dnes noticed that in 2006, the structures of Mr. Firtash, through the intermediary of Falkon Capital, acquired the Astrakhan oil company, but in 2007, on the direct instructions of the Kremlin, the deal was terminated. It turns out that the campaign of Falkon Capital, at a minimum, enjoys the patronage of Anatoly Chubais, and as a maximum it is his “wallet”, ”concludes the publication.

In any case, Salome Zurabishvili, leader of the Way of Georgia party, claims that it is Chubais and Rappoport who controls Falkon Capital. "And it was this company that, before the start of operations in South Ossetia, transferred money to the Georgian budget, which was very useful for Saakashvili’s modernization of the army," the article states