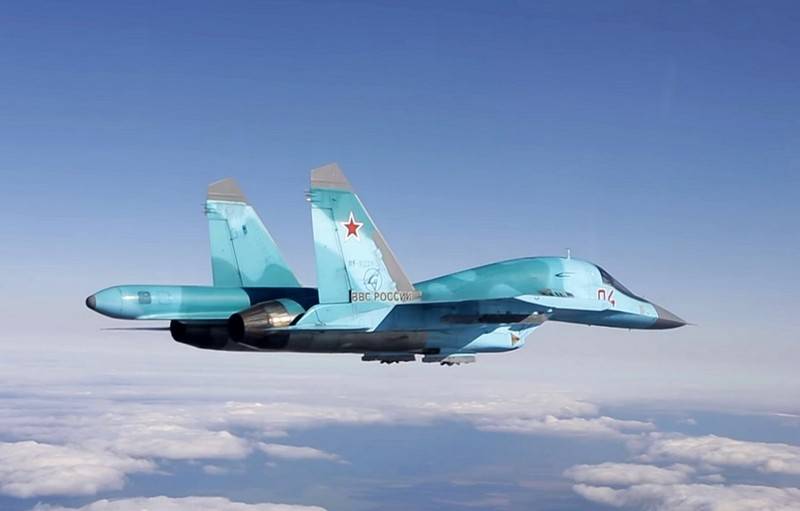 The Russian Ministry of Defense signed a new contract for the construction of about 20 Su-34 front-line bombers. This was reported by TASS with reference to a source in the military-industrial complex.


According to the source, the military department signed with Sukhoi a new three-year contract for the construction of about 20 Su-34s in a standard version, with certain changes made based on the experience of operating previously purchased bombers. The contract for the batch of upgraded Su-34M is planned to be signed in 2021.

Last week, a contract was signed between the Ministry of Defense and PJSC Sukhoi for the construction of about 20 Su-34 front-line bombers
- the agency leads the words of the source.

Recall that in February of this year, plans were announced to sign a contract for the supply of several dozen Su-34 front-line bombers. At the same time, it was clarified that it was planned to conclude a contract for the supply of the Russian Air Force for the batch of Su-34, which had undergone modernization as part of the Sych development and development work, completed in 2019.

Su-34 is a Russian multifunctional fighter-bomber, designed to attack aircraft by means of destruction at ground targets of the enemy in operational and tactical depth under conditions of strong opposition. It refers to the generation of 4 ++ and allows you to perform basic combat missions without escorting fighter jets. It uses long-range air-to-air and long-range air-to-air weapons with multi-channel applications. Equipped with a highly intelligent radar counter and defense system. Flight range - up to 4 000 km, maximum speed - up to 1 900 km / h, combat load - up to eight tons.
Ctrl Enter
Noticed oshЫbku Highlight text and press. Ctrl + Enter
We are
Reports from the militia of New Russia for 27-28 September 2014 of the yearThe big press conference of Vladimir Putin
Military Reviewin Yandex News
Military Reviewin Google News
70 comments
Information
Dear reader, to leave comments on the publication, you must sign in.