No one left to die. Everyone followed Victory 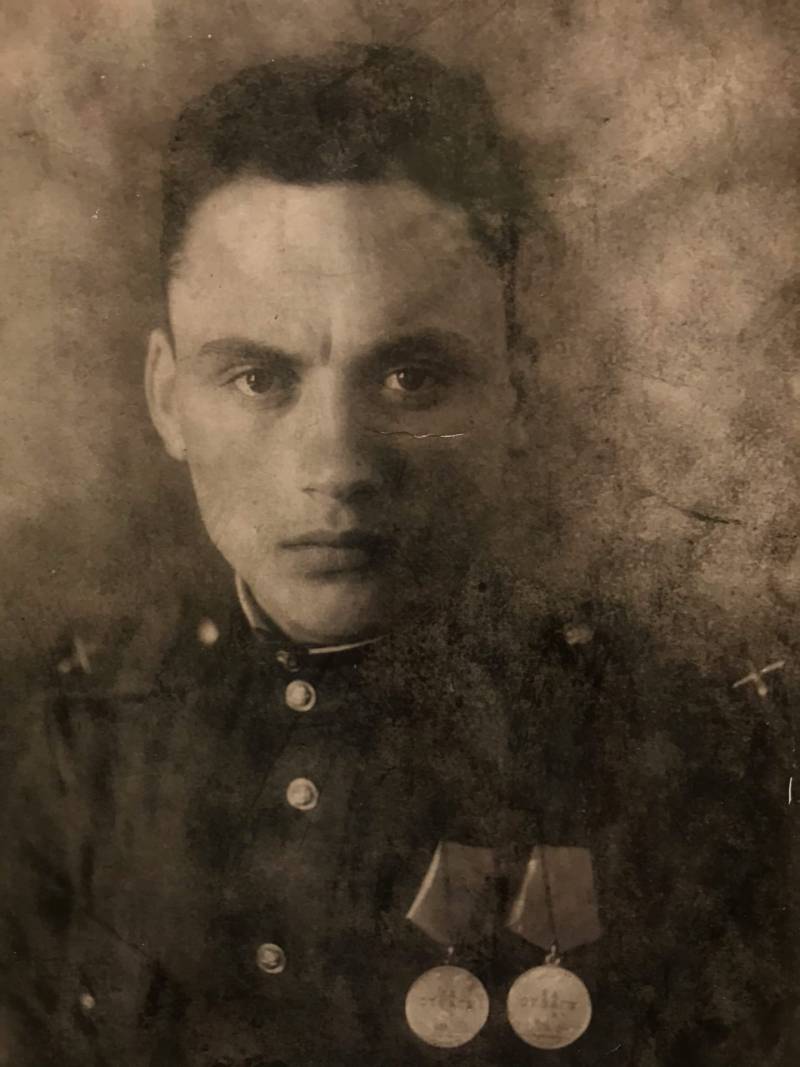 In the frames of the glorious division

My great-grandfather, Golotvin Fedor Konstantinovich, was born on March 1, 1924 in a village with the interesting name Gorodok of the Usman district of the Voronezh region. 60 years later, during the jubilee awarding of the Order of the Patriotic War, the village of Predrechye was already recorded as the birthplace of the great-grandfather, and this still needs to be clarified.

Fyodor Golotvin was not even 19 years old when he, called up by the Ottoman district military enlistment office, went to the front. Great-grandfather graduated from short military training courses, fought with the rank of sergeant, and then senior sergeant, as part of the 250th Bobruisk Red Banner Order of Suvorov, II degree, infantry division.

From my grandmother, the daughter of Fedor Konstantinovich, and from various sources, I tried to learn a little about this division. By order of the NKVD of the USSR of June 29, 1941, 15 special divisions of the Red Army were formed at once, including the 250th rifle division. The personnel of each such division consisted of 1000 ordinary and junior commanding officers and 500 commanding officers recruited from the NKVD troops.

In the front-line documents this is stated as follows:

“The backbone of the division was made by border guards, the advantage in enrolling in the division was given to people who had previously performed military service in the OGPU-NKVD troops.”
Until the full cadre personnel in the division, the NKVD also recruited by conscription from the reserve all categories of servicemen. As a result, very reliable combat formations were formed, which usually were sent by the command to guard the most important strategic targets or the most dangerous sections of the front.

The total initial personnel number of the division was 12129 people. The division was intended for the defense of large industrial facilities from possible enemy airborne assault forces, but the situation at the front required other solutions. On July 15, 1941, the division, without completing formation, set off by rail, moreover, through Moscow, to the area of ​​the city of Rzhev.

From there, starting July 18, it makes a 109-kilometer crossing under the city of Bely, Kalinin (now Tver) region, and already there on July 22, 1941 it enters the battle of Smolensk. The division becomes part of the 30th Army of the Western Front, commanded by Major General V.A. Khomenko, and receives the task of counterattacking the enemy in the direction of the Dukhovschina and stopping its advance east. 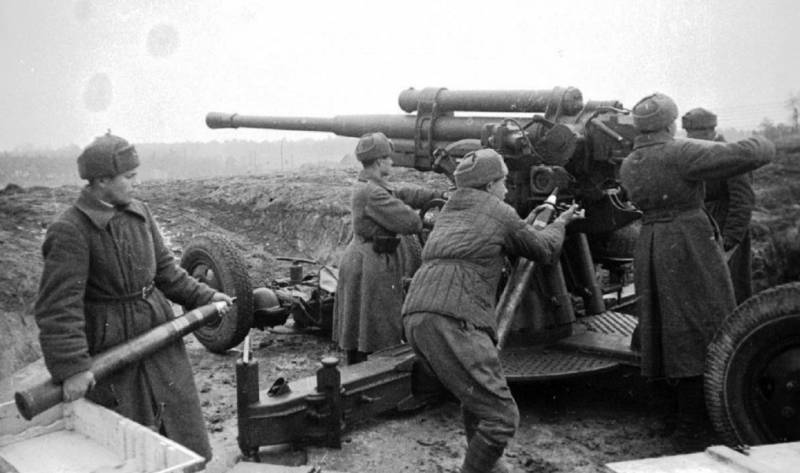 So, probably, great-grandfather’s fellow soldiers also fought
With several blows to the flank of the 9th German army, Khomenko’s troops, including the 250th SD, slowed down the enemy’s advance. Then the 30th army, when its future legendary will become its commander tank Commander D. D. Lelyushenko, together with the 1st Shock, will release Klin, fight on the bloody Rzhev ledge, and in 1943 will become the 10th Guards - already under the command of Lieutenant General V. Ya. Kolpakchi.

As part of the 29th army, the division participated in the liberation of Kalinin (Tver), fought for Rzhev and Vyazma, and before the victory managed to pass through the Oryol, Belgorod and Bryansk regions, Belarus, Poland and East Prussia. The 250th division ended the war on the banks of the Elbe, meeting there with the American allies. The Museum of the Illustrious Union is actively working in the regional city of Belgorod.

Do you remember Voronezh?

In general, the 250th division was more than once transferred from one army to another, and my great-grandfather fought first in the 790th Red Banner Artillery Regiment, subsequently awarded the Order of Alexander Nevsky. Then he was transferred to the 922th Infantry Regiment, which also became the Red Banner, with the same order of Alexander Nevsky.

During the battles near Leningrad, Sergeant Fyodor Golotvin was heavily shell-shocked and was being treated at one of the Leningrad hospitals. After his recovery, he continued to serve in the Voronezh region, in a military camp, which was located in the Liskinsky district. 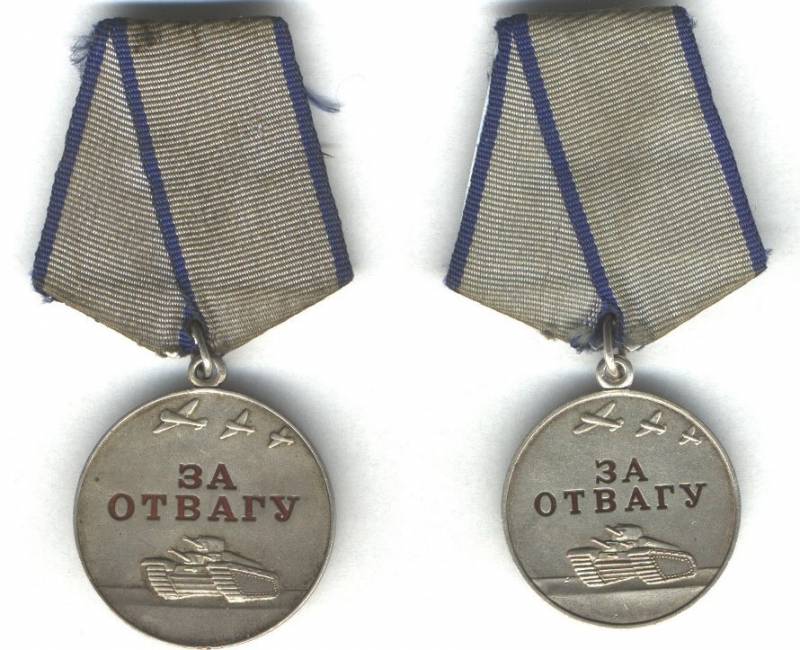 The great-grandfather had two medals “For Courage”. Rare case. They are clearly visible in his only front-line photograph. Unfortunately, due to the fact that everything storieswhat happened to my great-grandfather was transmitted along the chain (from great-grandfather to grandmother, from grandmother to dad and from dad to me), they turned out to be blurred, and only one was more or less preserved in my memory.

This happened during the famous Battle of Kursk in the summer of 1943. When the gun crew of my great-grandfather settled down to rest by a small river, a German tank unexpectedly drove straight at them. Sergeant Fyodor Golotvin at that time was loading the anti-aircraft gun, and he was able to navigate in time and the very first shot at point blank range to undermine the enemy armored vehicle.

For such a heroic deed on August 13, 1943 he was awarded the medal "For Courage". I continue to believe in family tradition, since no award documents for this case were found in the archives. But there is an entry in the award sheet about the second medal “For Courage”, which has been preserved in the archives, and I was able to find it on the website “Feat of the People”:

“I am rewarding ... gun number 7 of the battery of Senior Sergeant Golotvin Fyodor Konstantinovich for displaying courage and bravery in the battles for the passage of Charnovo. During the shelling of the firing position, shells were torn near the very guns, but Comrade. Golotvin did not leave his post, but continued to work, quickly and accurately fired shells, as a result of which the gun fired continuously at the enemy, thereby contributing to repelling the enemy’s attack. ”

This was not the last award of his great-grandfather. 40 years after the Victory, he was awarded the Order of the Patriotic War II degree. After the end of the war and military service, my great-grandfather was discharged in 1946 and, by order of the military commissariat of the Voronezh region, he began very important and responsible work.

He became the head of the echelon for organizing the recruitment of people to Komsomol construction sites in Komsomolsk-on-Amur, Magnitogorsk, Bratsk, Sakhalin and the Urals. Great-grandfather worked near the well-known throughout the country sanatorium named after A. D. Tsyurupa. I learned about this man not so long ago that he was the first Soviet People’s Commissar of Food and the organizer of food detachments that saved entire cities and provinces from starvation.