In the United States, the army is being withdrawn from cities, Trump's bet on the military has failed 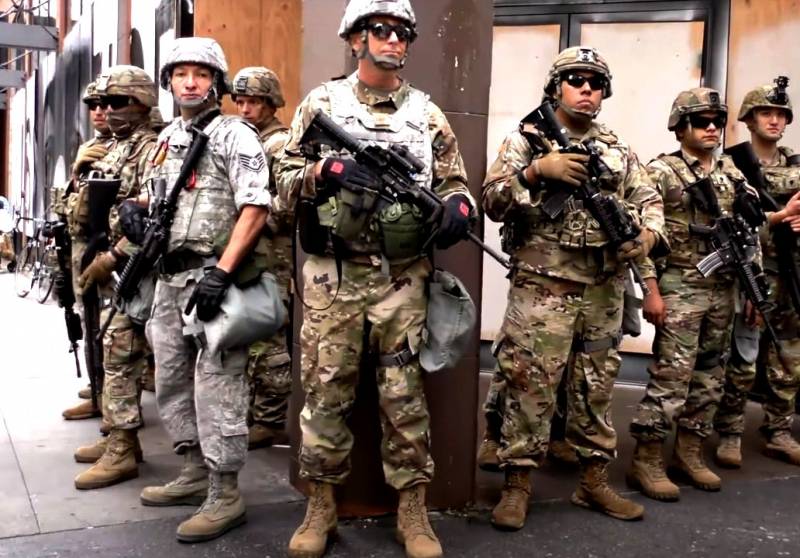 The riots in the US forced President Donald Trump to introduce into the American cities not only the National Guard, but also the army. However, "fermentation" is intensifying in the US armed forces: not everyone is happy with the president’s position regarding the suppression of protests. The president’s bet on the military has failed.

Now we can say that the protesters defeated Trump. The effects of the riots since the anti-segregation protests have never been so impressive. The unrest showed that the American authorities do not have unity on key issues, mayors and governors can safely ignore the president’s decisions and fall upon him with harsh criticism. They even started talking about the possible dissolution of the American police.

First, Trump tried to be tough and ordered the introduction of troops into American cities, including the capital. But the decision to introduce to Washington units of the 82nd Airborne and 1st Infantry Divisions struck American society. No less powerful was the effect of the appearance of the chairman of the Joint Chiefs of Staff of the US Armed Forces, General Mark Milli in camouflage uniforms in the center of the American capital.

Involvement of the army was ambiguously perceived not only by ordinary Americans, but also by many high-ranking officials. After all, the appearance on the streets of cities of military with combat weapons and in full outfit put the United States on a par with Latin American and African countries that use the army for political purposes. The mayors of a number of US cities have come out with a demand for the withdrawal of the military from the territories of their municipalities.

Many influential "siloviki" joined the municipal leaders with similar requirements. Among the critics of Trump’s decision to send troops were former defense ministers William Perry, Jim Mattis, Chuck Hagel, Leon Panetta, the former chairman of the Joint Chiefs of Staff and the former head of the State Department, Colin Powell, and many other senior military personnel in the past.

Especially cynical accusations sounded from the lips of Powell himself - the very one after the appearance in whose hands test tubes with white powder the American troops entered Iraq and destroyed the country to the ground. 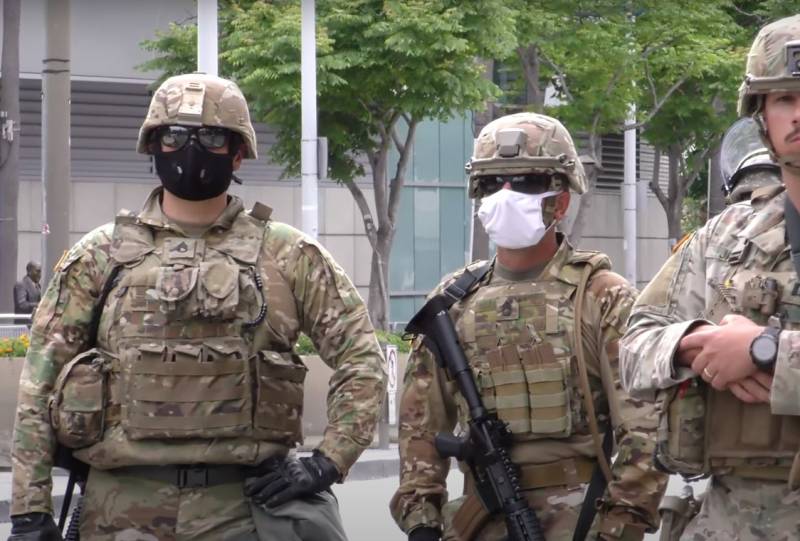 Army will go to barracks and rename military bases

The reaction of the society forced the American military to lose ground: first, the whole world saw US National Guard soldiers kneeling before African Americans, then US Army Secretary (Army) Ryan McCarthy allowed the renaming of military bases named after the famous generals - commanders of the Confederate Army during the Civil war in the USA. Confederate names bear many well-known bases, including the famous Fort Bragg in North Carolina, which is named after the Confederate Army General Braxton Bragg.

Currently, the US military command is gradually withdrawing troops from large cities. Army Secretary McCarthy announced the return to the military bases of units introduced to Washington. So, the 2nd battalion of the 504th Infantry Division has already returned to Fort Bragg in North Carolina, the 91st Military Police Battalion left for Fort Drum on Friday, and soldiers of the 3rd Infantry Regiment were supposed to return to their places of permanent deployment Fort Mayer base in Arlington. Soldiers of the 82nd Airborne Division are also returning to bases: 1600 of them were transferred to the capital on the orders of Trump, but were never used to suppress unrest.

In addition, the command suspended two National Guard helicopter pilots who flew too low over the protesters from flying. That is, as always, they decided to assign the responsibility to junior officers, although without the orders of a higher command in the sky above Washington these pilots would not have appeared. 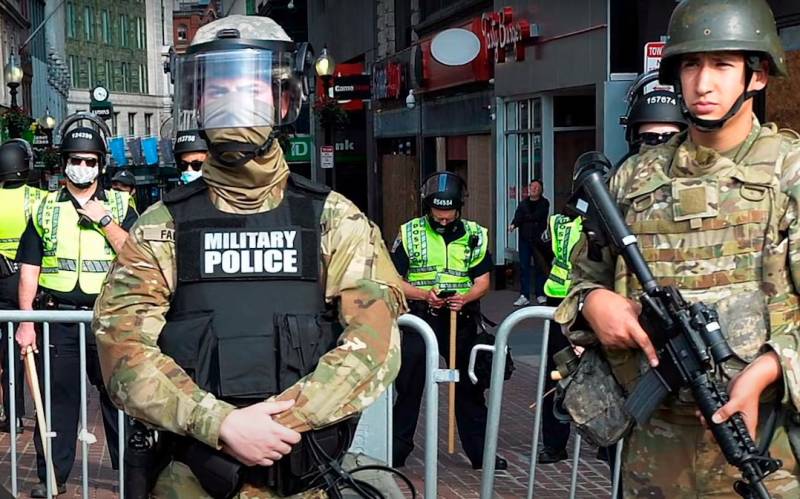 The sluggish behavior of the US military in the conditions of unrest, their willingness to comply with the demands of the opposition and even kneel indicates that Donald Trump cannot be fully confident in the loyalty of the army units to him. Even Minister of Defense Mark Esper challenged the president, stressing that the army should be used to solve internal problems in extreme situations. Obviously, Esper does not consider the wave of mass pogroms and robberies that swept across America an extreme situation.

The command of the U.S. Army is well aware that Trump has come and gone, and public trust can be completely lost. Moreover, Trump significantly undermined his reputation by trying to demonstrate the US's willingness to use the army for political purposes. It is likely that his opponents from the Democratic camp will take advantage of this. It is also likely that the pogroms themselves could not have done, at least, without the tacit approval of individual representatives of the Democratic Party.

You can see how the US military in this case behaves quite good-naturedly:

Ctrl Enter
Noticed oshЫbku Highlight text and press. Ctrl + Enter
We are
Overseas ally? Donald Trump - US Presidential CandidateSituational analysis of the death of the MH17 flight (Malaysian Boeing 777), made on the basis of engineering analysis from 15.08.2014
Military Reviewin Yandex News
Military Reviewin Google News
86 comments
Information
Dear reader, to leave comments on the publication, you must sign in.