The US Air Force has a new atomic bomb carrier 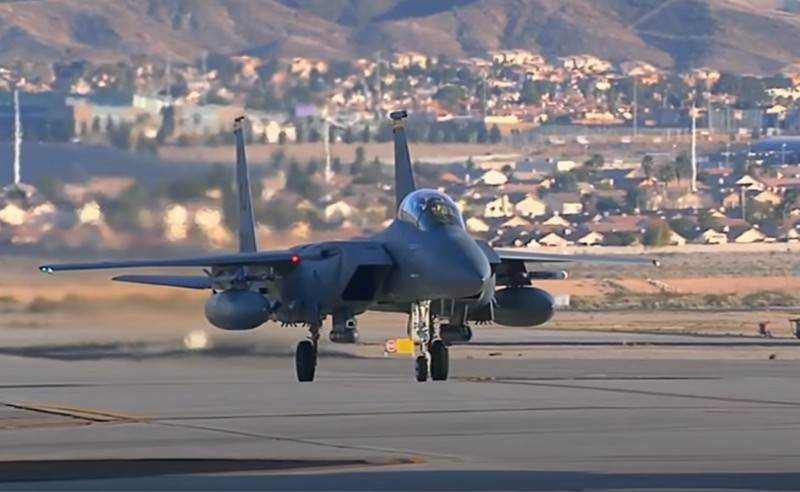 The US Air Force replenished with another aircraft capable of using the B61-12 atomic bomb. According to the Sandia National Laboratories (SNL) press service, the F-15E Strike Eagle fighter-bomber passed the final tests for the use of the atomic bomb.


In a recent test, the F-15E aircraft at the Tonopah test site in Nevada successfully applied an atomic bomb training prototype without any nuclear components. The discharge was carried out from a height of about 7 m. Based on the test results, it was concluded that the B600-61 atomic bomb was fully compatible with the F-12E Strike Eagle.

It is also specified that the tests for compatibility of the atomic bomb with the F-15E fighter are one of the main components for extending the life of the B61-12 by 20 years.

Earlier it was reported that in August last year, tests were conducted in Nevada on the use of the B61-12 atomic bomb from an F-15E aircraft. Also, this fighter was seen with a mock atomic bomb during the Red Flag exercises in Nevada.
Ctrl Enter
Noticed oshЫbku Highlight text and press. Ctrl + Enter
We are
US completed tests of tactical thermonuclear bomb B61-12In the United States began testing thermonuclear tactical bombs B61-12
Military Reviewin Yandex News
Military Reviewin Google News
15 comments
Information
Dear reader, to leave comments on the publication, you must to register.