On the ruins of an ancient civilization 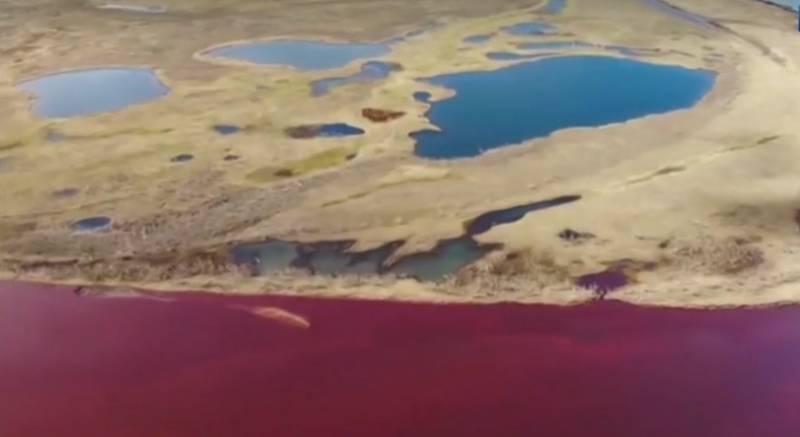 "I want to tell you this so that you know that there will still be blood ..."

M.A. Bulgakov. The Master and Margarita

So, a very large environmental disaster occurred in Norilsk. 20 thousand tons of oil products into the river - this, sorry, is no worse than in the Gulf of Mexico.

However, no one asks the inhabitants of the waters, so ...

So we reflect on the eternal Russian theme "Who is to blame and what to do with it."

I will give out the main consideration right away so as not to languish. The global warming is to blame for the incident, the Soviet Union, which built the facility without foreseeing warming after 40 years, and the shop manager.

Why is that? But because that's how we live.

And now, poor Mr. Potanin will have to lay out 10 billion rubles from his pocket ...

Okay, maybe you don’t have to splurge like that. In 2015, when Mr. Potanin divorced Mrs. Potanina, the Presnensky court in Moscow concluded that Vladimir Potanin is neither a co-owner of Norilsk Nickel, nor a co-owner of Interros holding, which owns a 30,03% stake in Norilsk Nickel.

And rumors spread, opinions began to be expressed that there was enough ugliness to do, it was necessary to “Nornickel” to tear from private hands and return to the state. So that the state takes care that its leading combine brings profit to the treasury and does not crap into the state rivers. So that it, the state, does not spend later on cleaning up these rivers. 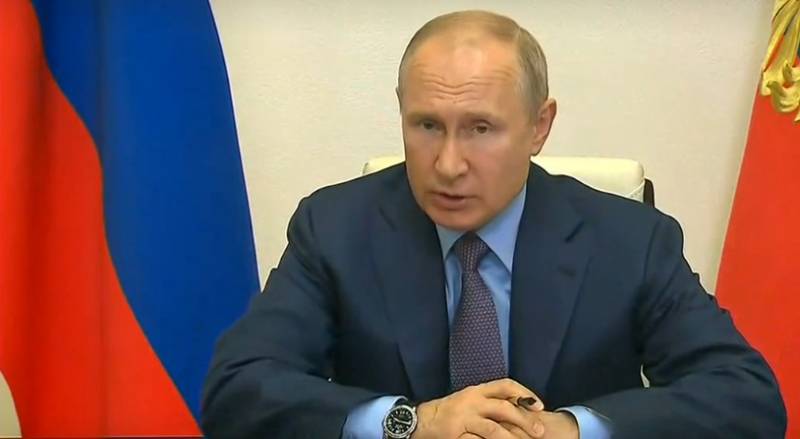 Well, everything was explained at the highest level, there will be no re-privatization, we are not barbarians, after all ... How can offend such worthy people like Vladimir Potanin and Oleg Deripaska? Dear people, order bearers for their services to the Fatherland and the state ...

Yes, they can also have problems and accidents. Like, for example, RAO UES led by Chubais. Remember, there was an accident at the Sayano-Shushenskaya hydroelectric station? So what? And nothing. The accident happened in 2009, and RAO "UES of Russia" was liquidated and torn apart in 2008. So no one is to blame.

Mr. Chubais and his team from 1998 to 2008 did nothing but make profit from the hydroelectric power station. Well, it’s not stated in any law that the owner is obliged to make repairs. There is a possibility - there will be a repair. There is no possibility - do not exact. Then the state (that is, taxpayers) will correct everything at its own expense, if something happens.

And in Norilsk, as part of the investigation, who was detained? Correctly (to those who did not think about the owner or CEO of the enterprise), the head of the boiler-turbine workshop! It turns out who the pest is!

However, the CEO also did not evade responsibility! A WARNING (!!!) was announced to him about the impermissibility of violating the law during the operation of especially dangerous facilities.

Laughter and tears at the same time. Twenty. Thousand. Tons It is poured into the river, and the CEO is threatened with a finger and reminded that doing this, in general, is not good. But if you have at hand the head of the workshop, which can be detained and imprisoned, then, in general, it is possible.

Found Vyacheslav Starostin. Having worked all his life at the enterprise.

Miracles, and only. Moreover, in the execution of the General Prosecutor's Office, which issued such a warning. True, as many as three cases have already been opened, but ...

Land damage, water pollution and safety violations during work. Here are three articles (246, 250 and 254 of the Criminal Code of the Russian Federation) on which they will conduct an investigation. I wonder what will happen in the end.

And so it is with us. Punishment is borne by anyone, but not the owner.

Of course, Abramovich is not to blame for the fact that the Raspadskaya mine exploded. The mechanics, engineers and employees who appeared before the court were to blame. The Directorate was not touched. Directors and owners are not guilty of the deaths of more than 100 people.

Of course, Shtengelov is not to blame for the tragedy of the Winter Cherry, when 156 people died. But no one was punished there at all. Stengelov is now developing tennis in Australia. About Kemerovo affairs and does not remember, most likely.

Of course, Chubais had nothing to do with the tragedy at the Sayano-Shushenskaya hydroelectric station, where 75 people died.

Thank God that only nature will perish in Norilsk. And it’s a pity that if anyone will be punished, this is another switchman.

Alas, a vicious practice at the state level: anyone is to blame, but not the owners. The owners of factories, mines, enterprises - they are illegal. The owners of life who just have to take everything from this life or even a little more.

So, let's say, there were no questions to Potanin in this regard and cannot be. Although he is the founding father of collateral auctions, which, in fact, allowed him to buy such enterprises as Norilsk Nickel, Svyazinvest, NLMK, Siberian-Far Eastern Oil Company, Novorossiysk Shipping Company, and North-West shipping company "...

About many we hear enthusiastic responses in terms of successful work?

No. And do not hear. Not for that, everything was started.

Yes, under President Yeltsin, a grand carnival was organized with the distribution of state-owned enterprises on the cheap. And whoever had the money (or, as in the case of the smart Mr. Potanin, a method in the form of collateral auctions), were purchased according to the full program.

Perhaps only in Russia this could happen. People who had nothing to do with enterprises received them in their complete submission.

The time of building socialism has sunk into the past with the country that built factories and ships. The country is everything, but factories and factories, mines and forests have remained. Well, they can’t disappear without diligent owner’s hands, right?

How many, I remember, in the 90s there were groans on the topic that under the USSR everything was bad, because there were no masters. “State means nobody!” There was such a cry-slogan.

Well, the owners have appeared. Not building, not paying a brick in the wall, not buying a single machine. But they appeared. Of course, there’s nothing to be done about it, no constitution can be regulated, how many “issues” the SC and the prosecutor’s office had, in addition, to Potanin in the past - and all “over the past years” have resolved.

I'm about something else now.

I mean that it turns out very strange: what, the USSR is to blame for the constantly occurring tragedies?

You know, that bitter anecdote from the 40s recalls when the tsar was accused of not being able to stock guns and ammunition for a hundred years.

Now the situation is about the same.

The enterprises received almost free of charge work to their fullest, not knowing the repairs. The main thing is the profit to the owner. And to pay and pay in the literal sense of health, life or freedom will be anyone, but not the owners.

A pleasant caste was formed on the ruins of socialist and social Soviet civilization.

Therefore, they will work on machines received after reparations after the Great Patriotic War, without replacing equipment, descend into mines for the safety of which the owner did not find money, and so on.

In general, as one of our video freaks says: “Capitalism is a class!” Yes, I agree, someone completely. Those who are at the very top and throw handouts from time to time to those who, with a sparkle in their eyes and foam around the silicone-filled lips, tell the story of how bad it was under the Soviet Union and how cool it will be under capitalism.

Yurochka, perhaps, will be. Ksenia is simply nowhere better. As for the rest, I’m not so sure.

On the whole, the events of recent years show that the margin of safety that was laid during the construction of structures in the USSR in the late 80s is approaching its natural end.

So, we still have a lot of bloody reports about the tragedies that will happen at Russian enterprises, whose owners, instead of making proper investments, develop tennis in Australia, buy paintings in the collections of French museums, buy the largest yachts and the most expensive villas in Israel.

Each, as they say, his own.

In the meantime, the owners of life will fully enjoy it, enjoying their significance, in the state of switchmen they created, those who deserve it will be sent to court and to prison.

No, I didn’t deserve it. Did the head of the ill-fated CHP plant deserve a court? No. But, alas, Putin will not ask him about this on video, the level is not the same. Because, as in one famous Soviet TV series: "It will sit! .."

So, on the ruins of the Soviet Union, an oligarchic and bureaucratic state of switchmen arose. Of course, with full approval ... No, not the people.

So, there will still be blood. Our blood. Not the master. Alas, we will pay our owners in full.

Ctrl Enter
Noticed oshЫbku Highlight text and press. Ctrl + Enter
We are
Interview of V. Putin to Channel One and the Associated Press AgencyWhat you didn't want to know about England
Military Reviewin Yandex News
Military Reviewin Google News
235 comments
Information
Dear reader, to leave comments on the publication, you must sign in.