On the failure of attempts to rehabilitate traitors to the motherland 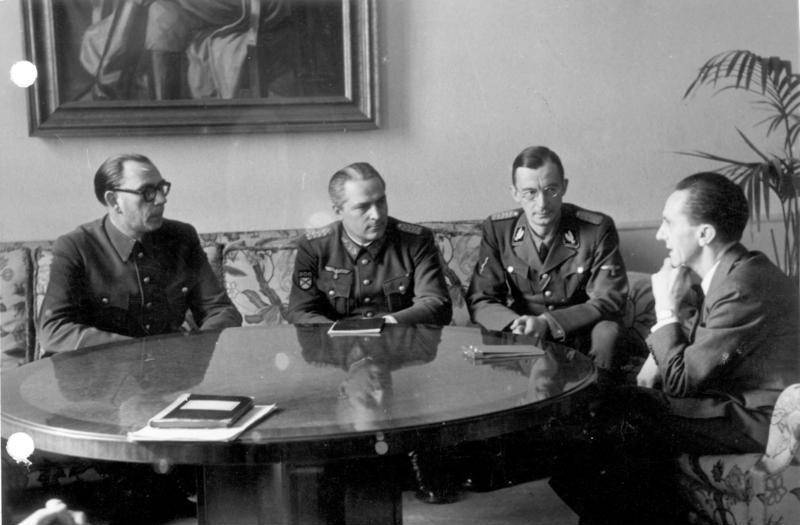 History Russia of the past century has repeatedly become the object of manipulation by researchers trying to present an "alternative" point of view on past events. Persistent attempts to belittle or completely cross out the role of the Soviet people in the victory over fascist Germany, as well as in the whole of World War II, do not stop. And, probably, it is no coincidence that the domestic "non-systemic opposition" picks up and introduces into the field of public discussion the theses that are developed by representatives of this new historical school.


An example of such an activity is the cycle of lectures by the candidate of historical sciences Kirill Alexandrov on the history of the collaboration movement of General Vlasov, which are supported by the Novaya Gazeta.

In his works, K. Alexandrov tries to prove that the entry into the service of Soviet citizens in the German army is explained by the continually ongoing civil war, during which the leadership of the USSR, up to the advent of the "German liberators," eradicated dissent and political terror. The mass recruitment of Soviet troops into the ranks of the Russian Liberation Army by General Vlasov is explained by K. Alexandrov with high-order categories: responsibility for the fate of the Motherland, hatred of Bolshevism, or personal accounts with the Soviet government. On the whole, K. Aleksandrov is inclined to romanticize the image of the “officer of the ROA”, to give him shades of chivalrous valor and reckless fearlessness in the face of the bloody Soviet repressive machine. Confirmation of this, according to the author, is an analysis of the fate of Soviet generals who remained faithful to the oath in German captivity, most of whom successfully survived the war and continued their further service after liberation. In turn, according to the author, the soldiers and officers of the ROA took on a heavier burden and were mostly ideologically motivated.

As a result of his research, the author comes to the conclusion that the phenomenon of the appearance of the ROA is not due to inhuman conditions of detention of prisoners of war in concentration camps, as evidenced by the testimonies of the majority of ROA members, but by some form of social protest of former Soviet citizens against the Bolshevik system.

Considering the fate of the highest general and officer corps of the ROA, K. Alexandrov insistently invites the reader to take their place, understand and accept the choice they made. And in this case, the example of some former officers of the Red Army, who had impeccable personal characteristics before German captivity, who managed to distinguish themselves in battles or who fell under the flywheel of Stalin's pre-war repression, can really mislead an individual reader who is not familiar with other studies of this issue.

First of all, it should be noted that this author has been a member of the People's Labor Union since 1989, created in the twenties of the last century by white emigrants to fight the Soviet regime, i.e. organizations consistently used by Polish and German intelligence, and after the Second World War, also by the intelligence services of the USA and Great Britain. At the same time, the Novaya Gazeta publication, with the support of which lectures by K. Alexandrov is being held, does not receive funding from the budget of the Russian Federation, which may indicate focused work to undermine established assessments of the results of the Great Patriotic War in order to subsequently amend educational standards. In this context, it is noteworthy that, in a number of his statements, K. Alexandrov criticizes the unified history textbook developed by the Ministry of Education of the Russian Federation, because it does not reflect demographic changes in Soviet society before the German attack on the USSR (population decline as a result of collectivization), which, in his opinion, are one of the reasons for the emergence of ROA.

Commenting on the contents of the Prague Manifesto, a program document of the Congress of the Liberation of the Peoples of Russia, an organization created by Vlasov with the support of the Germans at the final stage of the war as a kind of political center for future free Russia, K. Alexandrov draws direct parallels of this document with the current Constitution of the Russian Federation, as a result of which Nazi collaborators actually attributed to the achievement of certain rights and freedoms after the collapse of the USSR.

Thus, the activities of such "historians" are detrimental to the constitutional order, creating the conditions for the further whitening and glorification of Nazi collaborators.